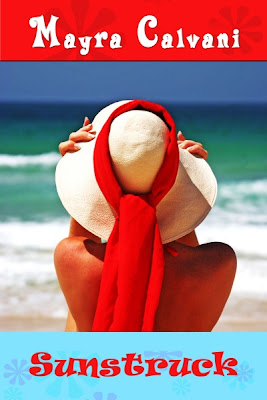 This book is full of all kinds of quirky characters. The mysterious Zorro, who randomly goes around slashing a Z on women's behinds, seems to be pulled straight from the headlines. Daniella's mother is gently crazy. Her best friend is an idealist with her head in the clouds. The crazy antics of the two men in her life almost make you relish being single. And poor Daniella is trying to maintain a semblance of normalcy in this crazy life.


You'll chuckle out loud here and there as all of the antics unfold. It's a quick an easy read that departs a bit from what seems normal. 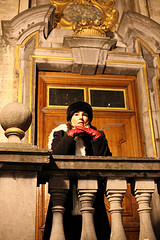 About the author:
Award-winning author Mayra Calvani has penned over ten books for children and adults in genres ranging from picture books to satire to paranormal fantasy novels. She’s had over 300 articles, short stories, interviews and reviews published in magazines such as The Writer, Writer’s Journal  and Bloomsbury Review, among others. She has lived in America, Asia, the Middle East, and now lives in Brussels, Belgium.
Website: www.MayraCalvani.com
Blog: www.thedarkphantom.wordpress.com
Latino Books Examiner: http://www.examiner.com/latino-books-in-national/mayra-calvani
Facebook Fan Page: https://www.facebook.com/pages/Mayra-Calvanis-Fan-Page/162383023775888
Twitter: https://twitter.com/mcalvani
Goodreads: http://www.goodreads.com/author/show/272703.Mayra_Calvani
Posted by Andi at 8:00 AM
Labels: Bewitching Book Tours