Welcome to the Toxic Relationship book tour, sponsored by Reading Addiction Blog Tours! Find out more about this book and enter to win a $10 Amazon gift card below! 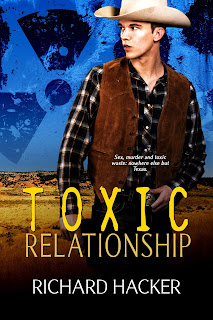 Synopsis:
After a murdered partner, a cheating wife and a lost job in Houston, Nick Sibelius sets up a private investigation business in a small Texas town hoping to find some peace and maybe, himself. When a couple disappears and a bass fisherman turns up dead, he finds himself drawn into a web of toxic relationships:  MaryLou, a beautiful woman with a mysterious past; Junior, a failed farmer whose best intentions seem to always result in a dead body; Barry, a sociopathic dentist turned illegal toxic waste entrepreneur with visions of grandeur.  When the felon who killed his partner in Houston joins forces with Barry, Nick must not only stop the toxic waste dumping while finding his client’s missing daughter, but keep from being killed in the process. In the end, MaryLou’s dark secret will either save him or kill him -- whichever comes first.

“Tight suspense with wonderful laugh out loud moments. Richard Hacker is a master storyteller."
Pam Binder, Pacific Northwest Writers Association President and author of the NY Times Best Selling anthology, A Season in the Highlands
"Many times I found myself getting strange looks because I was laughing out loud...Highly entertaining and sure to be enjoyed by fans of mysteries with humor. I highly recommend it and hope that there will be more stories to follow."
Paige Lovitt for Reader Views 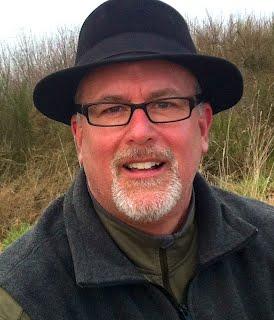 Richard Hacker’s novel, TOXIC RELATIONSHIP, released August, 2012 by Champagne was a 2011 Writer’s League of Texas (WLT) finalist, where in addition, SHAPER EMERGENCE won best novel in the Science Fiction category.  He is a member of both the Writers’ League of Texas and the Pacific Northwest Writers Association.
After living many years in Texas where he worked as a leadership coach, public speaker and management trainer, he moved with his high school sweetheart to Seattle.  While he misses the big skies of Texas, Richard has grown pretty fond of the Pacific Northwest.  Along with his wife, Sidney, they hike, kayak and have adventures on his Vespa scooter.  His writing partner is a springer spaniel named Jazz, who helps with proofreading and ball fetching.
DIRTY WATER, the next novel in the Nick Sibelius series after TOXIC RELATIONSHIP, will be released June, 2013.  He is currently working on the third book in the series, as well as a young adult fantasy entitled INKER WARS: THE FIVE PENS OF JOHANN.
Contact Information
Facebook
Twitter: @Richard_Hacker
Website


a Rafflecopter giveaway
Posted by Andi at 7:20 AM