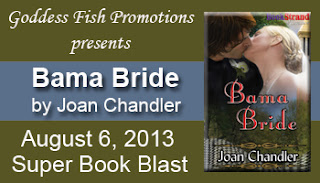 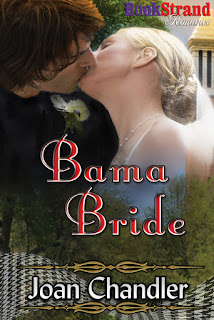 When they dance, inner passion heats up while inhibitions melt away. Neal quickly discovers David’s not a Southerner at all. He’s a Boston architect, in Tuscaloosa for only one night. The next morning, they struggle to walk away from something that caught them both by surprise.

Time doesn’t diminish the ache they feel in each other’s absence. Unable to stay apart, David arranges to take Neal to watch her beloved Crimson Tide play in a football bowl game. Reunited, they’re determined to make it work. When separated, they perfect the art of open communication. They each know that true love is a long shot.

But distance isn’t the only thing standing in their way. Unbeknownst to her, Neal’s overprotective father is, too. With so much conspiring against them, can a natural disaster turn the odds in their favor?

“What’s this?” she asked curiously.

“Do you do tequila shots?”

“Then you’re in for a treat. This is a slightly different recipe from the traditional salt and lime. I think you’ll like it.”

“How do you do it?” She looked at the three separate ingredients and wondered if there was a method to the madness.

He held his palm out and she placed her hand in it. He turned it over, so the underside was exposed, and then he kissed it open mouthed. Neal watched him run his tongue over her skin, making it glisten with saliva. Then he sprinkled a generous amount of cinnamon over the slick spot. He picked up the whiskey and held it in one hand then dipped his mouth to suck her wrist. She felt him lick softly over her skin, and the fire started to burn inside her. He sat up and raised an eyebrow at her as he quickly consumed the liquid and then he sucked on the wedge to drain the juice out of the citrusy pulp.

“Damn, that’s hot.” She could already feel the rush of moisture to her sexual center, and crossed her legs.

David’s expression was lustful as the rush of alcohol began to take effect. “Your turn.”

He reached for her wrist, but she quickly jerked it back from him.

“No way, Cowboy,” she admonished him. “I’m doing it like you showed me.”

She reached out for his hand. When he extended it to her, she pushed up his sweater, then unbuttoned his shirt sleeve and rolled it up to get it out of the way. She kissed his wrist just below his thumb, and then took her own slow, sweet time to suck it until it was thoroughly wet before applying the aromatic spice. Neal licked the cinnamon, threw back the tequila, and bit the orange wedge that he held out to her. As soon as she swallowed, he covered her mouth with his and plundered it with his tongue.

Joan Chandler is a Florida native who has lived in the Deep South all of her life. She is married with two children who are her pride and joy. She lives a double life of sorts, holding down a nine-to-five job during the day, and writing steamy romance at night—often with her black cat curled up in her arms as she types.

When she’s not spending her spare time working on her next novel, she loves to go camping, sharing girls’ night out with her friends, walking her two dogs, and watching college football.