Kathryn Long is stopping by Andi's Book Reviews today! Please give her a warm welcome!

What was the inspiration behind 'Dying to Dream'?


I love exploring anything about the paranormal. Several years ago I came up with the idea of creating a character who could paint drawings of people who would manage to “come alive” somehow. She would be haunted by these drawings but eventually discover they could give her clues to solve a mystery. When I wrote Dying to Dream I changed the idea somewhat and had the main character, Marin Seurat, have the psychic gift to dream the dreams of spirits. From these dreams she gathered clues to help her solve the mysteries occurring in the story.

To which character do you most relate?


I’d say Marin because she seems to always struggle with some turmoil in her life whether it’s with the living – like her ex-flame, Trent Robesaux, and her father, Cal – or with the dead – like Marguerite or Cousin Francis. Not that I’m struggling with any spirits! And my future self? I’d like to think I will be as feisty, outspoken, and determined as Tante Louise Picault. She’s definitely my favorite character.

What was your favorite scene?


That would have to be the final scene in the Baulliere’s cellar. I can’t say anymore without giving away details about the ending, but it really was exciting to write.


I often call myself the Research Queen of authors! Whatever I don’t know, I look it up … online or in books (I have several on Louisiana and hauntings) and if necessary, ask a knowledgeable person. Fortunately, the French phrases came easily since I have a degree in French, but if in doubt I always double checked. I have been on a couple of “ghost tours” in the past. It’s interesting what you can learn from that sort of experience.

Will we see these characters again in a sequel or spin-off?


I hope so. I’ve already started developing ideas to bring out more of Charlie’s character. In this novel she stayed a good deal in the background as Marin’s sidekick. Also, I would include Tante Louise. She could even have a series of her own! Like Miss Marple or the female version of Hercule Poirot.


I have a cozy and humorous mystery series with main character, Lilly Millenovanovich, single, forty, and a mystery writer who often finds herself mixed up in real life mysteries. Three comical aunts add to the fun, along with an eccentric neighbor who thinks he’s Davy Crockett and stands on his balcony with his trusty musket Old Betsy by his side. Released so far are Whips, Cuffs, and Little Brown Boxes and Gangs, Illegals, and a Rose Tattoo. Under the pen name K. Sean Jennkrist I have written three young adult novels, loosely based on fairytales. Cinderella Geek, Not So Snow White, and Alice in Realityland are in that series.


I have another book coming out with publisher, The Wild Rose Press next year. It’s a romantic suspense story, tentatively titled A Deadly Deed Grows. I am currently working on a third mystery in the cozy series and will be starting another ghost mystery, soon.

You write YA and adult fiction. Do you prefer one genre over the other?


I prefer writing adult fiction -- mystery or suspense in various sub genres. That’s what I enjoy reading, too, so I guess that makes sense. My motivation to write the YA novels came from my experiences in teaching high school Language Arts. One reoccurring theme in them is bullying. I witnessed that all too often.

Have you ever had your own psychic encounter or ability?


I participated in a couple of “ghost tours”. During one I was using an EMF detector which detects paranormal activity. The device started reacting when I pointed it a building that was supposedly haunted. Still, it could have been reacting to manmade current and not spiritual. We’ll never know!

What is the appeal of ghost hunting? Have you ever been successful?


Alas, I’ve never personally felt a connection, but the idea of it is so thrilling that it keeps me interested enough to explore further. I’m always looking for opportunities. For instance, my husband has been wanting to visit Gettysburg for years. I told him I’d agree to go, but only if we visit the haunted battlefield!

You are a retired schoolteacher. What did you teach? Do you miss it at all?


I taught high school language arts to special needs students. Though the experience gave me many rewarding moments, it was also very challenging and draining. I think the time seemed right to retire. I’ve been itching to write full time for several years, and now I have the opportunity to do so.

How do you think your career as a teacher influenced your writing?


Like many jobs do, this one gave me the discipline and courage to grow as a writer. Unfortunately in my profession, especially with the population of kids I taught, all too often there were students I couldn’t reach. Yet, I had many who did benefit from my help. That taught me to persevere and never let one failure stop me from achieving my goals. In writing and trying to get published, I find similar challenges, but I keep trying, always looking at that one successful moment to motivate me.

I am also an Ohio native, having grown up just outside Toledo. What are some of your favorite places in Ohio that you would recommend to visitors?


My husband and I love a retreat to Salt Fork Lodge, near Cambridge. It’s a beautiful setting and such a comfortable place to stay. We make a yearly trek in July to the Mohican Indian Pow Wow near Mohican State Park. And I can’t leave out our visits to Amish country, traveling through Holmes county, stopping for dinner on the way home at The Barn outside of Smithville. Finally, I need to mention Stan Hywet Hall and Gardens in west Akron. The former home of the Seiberlings is beautiful to visit anytime of the year, but especially during the Christmas holiday.

What is something readers may be surprised to know about you?


I didn’t write my first novel and have it published until I was fifty-three. And I love editing! Go figure. 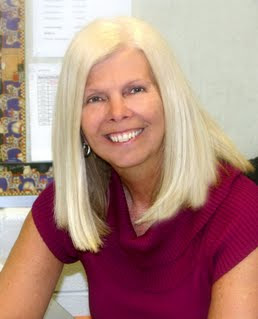 Author Bio:
Kathryn Long is a recently retired school teacher who has enjoyed writing mysteries for several years. Credits include mystery shorts, "Betrayal in an Envelope" and "A Good Man", both published by The Piker Press. Long has ventured into self-publishing with a cozy mysteryseries beginning with Whips, Cuffs, and Little Brown Boxes, as well as a series of YA novels, Cinderella Geek, Not So Snow White and Alice in Realityland under the pen name Jennkrist. Dying to Dream is her fourth mystery gone to print with indie publisher, Mainly Murder Press. Future publications include a romantic suspense novel titled A Deadly Deed Grows, which will be coming out next year with The Wild Rose Press. Long keeps actively involved through such efforts as belonging to Sisters in Crime, maintaining a writing blog: http://kjlongteacherwriter.blogspot.com , an author website: http://www.kathrynlong.webs.com , and an author Facebook page, Kathryn Long’s Books.

Dying to Dream grew from the author’s strong interest in “ghost hunting” and participating in several ghost tours. Her knowledge of French and Spanish and love of foreign cultures helped create more colorful characters in the book and add to their authenticity. 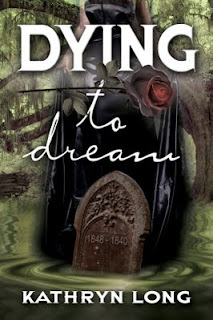 Take a strong dose of mystery, add a bit of the paranormal, flavor it with southern charm, then heat it up with romance and you have Dying to Dream.

When Jack Robesaux is found lying dead on a Louisiana beach, psychic, Marin Seurat, must use her gift to prove it is murder and not suicide. Though Marin knows her dreams with their messages from the dead could help, she struggles with the idea of returning home and facing a troubled past. However, a phone call informing her of Jack's murder and the return of the family curse gives Marin that final push. In a surprising turn of events, Marin discovers a mystery from long ago that somehow connects to recent deaths. With the help of cryptic messages delivered by spirits, Marin races to solve the mystery of Saint Toulere.


The sweltering Louisiana heat steamed up from the ground and carried through the air, along with the salt and acrid stench coming from the gulf. It burned the nostrils and caused an ache from head to toe. It didn't matter where, a body felt it. However, this particular morning it carried more. The odor of blood and urine, mixed in with other smells all too familiar to Trent Robesaux. It violated his senses while he struggled to hold back the bitter taste gagging his throat. Swallowing hard, he concentrated on the words spoken by Sam Tomaso.

"Found him about three this morning. Somebody trolling the beach—searching with one of those metal detectors, I guess—come up on his body." The sheriff of LaForche parish wiped a handkerchief across the back of his neck.

"When will you be releasing him? I need to call Rochere's sometime today and make the funeral arrangements." Trent kept his eyes on the swelling ocean water, anywhere but below with the scene of Jack Robesaux, his head marinating in a bloody pool, and the homicide team gathering around him. A collage of images scrolled through his mind; he filtered out the happy ones to remind him of the father who raised him.