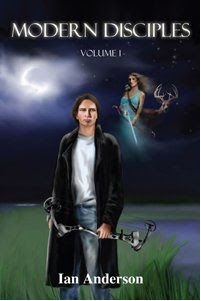 The children of gods walk among us...

Ryan Hunter had spent most of his days wandering from place to place with no direction, no real purpose. His only solace in life was a book of Greek Mythology that his mother gave him as a child. When he receives a call from a mysterious woman she invites him to join her on a hunt that she promises will change his life. The woman turns out to be more than she appears to be. Through his encounter with the mysterious creature, he learns that the Greek gods are real. Not only are they real, but they are not alone. Mythologies of every culture turn out to be true, and Ryan finds himself to be on the front lines in a war between all the gods, and their most feared enemies: The Titans. 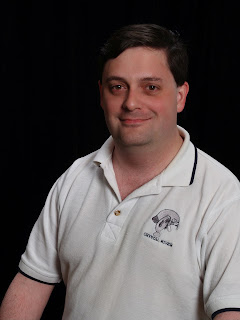 Ian Anderson was born in Buffalo, New York where he started studying mythology at a young age. He grew up reading Greek Mythology while dabbling in the Norse Mythology. His passion lead him to Ashland University where he earned a degree in Creative Writing and Journalism. He now lives in Florida where he wrote his first three novels Modern Disciples Volume 1, 2, and 3. He studies all types of mythologies including Japanese, Aztec, Egyptian, Hindu, and Irish which is all incorporated into his books.
Posted by Andi at 5:48 PM
Labels: book promo, Featured Fiverrs, gods