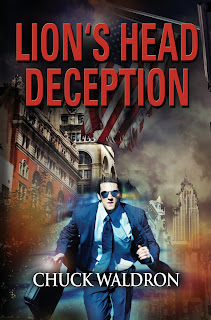 Matt Tremain is a shy, private person who discovers a passion for writing blogs—a mission that propels him into investigative reporting. A tipster warns him of a diabolical scheme Matt simply can't ignore. After the tipster is killed, Matt honors his memory by going forward to investigate the truth behind the conspiracy. He meets a television reporter and a cameraman also investigating the intrigue. Are they potential partners or rivals? A detective offers his assistance, but Matt is unsure of his true motivation. He is equally unsure of the allegiance of those in the top administration of police services. Matt Tremain and his friends are forced to go on the run, evading the newly-formed security teams. They must expose the truth before they are discovered, arrested and perhaps exterminated themselves…
The reader is introduced to Matt Tremain when a text message warns him of impending arrest. The first part of the novel provides an understanding of how he learns about a conspiracy, and the person behind it. A television journalist is investigating the same treachery. Will they be able to join forces? The end of part one introduces a police detective. Will he be friend or foe?
In an action-packed run to the finish line, will Matt and his partners be able to face the challenges it will take to expose the lies and treachery behind Operation CleanSweep?

Join author Chuck Waldron Wednesday, August 14th from 12-3 PST. We have some fun and "thrilling" games planned along with some awesome prizes!!! It's going to be a lot of fun!!