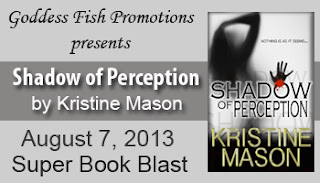 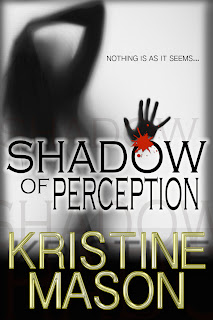 Shadow of Perception
by Kristine Mason

What happens when negligent plastic surgeons receive a taste of their own medicine…?

Chicago investigative reporter, Eden Risk, receives an unmarked envelope containing a postcard ordering her to watch the enclosed DVD…or someone else dies. No Police. After Eden watches the DVD, a gruesome, horrifying surgery, she turns to the private criminal investigation agency, CORE, for help. Only she hadn’t expected that help to come with a catch. Her former lover, Hudson Patterson, has been assigned to the case.

Hudson would rather have another CORE agent handle the investigation. Two years ago, he’d screwed things up with Eden…bad. And as more DVDs arrive, Eden and Hudson find themselves not only knee-deep in a twisted investigation, but forced to deal with their past, and the love they’d tried to deny.

The alarm on his watch beeped, reminding him what he’d already known. His patient would be waking soon, and by the low moan from the other room, he would have to act fast before the bastard regained full consciousness. Sure, he’d strapped the man down, but he didn’t want to miss the look on the shithead’s face when his eyes fluttered open, only to discover he’d just woken up in hell.

As he was about to exit the office, though, shame suddenly clouded his judgment. What he’d spent seven long years preparing for went beyond immoral and had his conscience battling with his anger and need for revenge. Sweat coated his skin and trickled down his back. His heart quickened and his head grew dizzy with the onslaught of a panic attack. Until he glanced at the letter he had framed and hung on the wall. The final contact he would ever have from his beloved daughter. While he’d memorized Eliza’s words, each bold and bubbly stroke of her script, he honed in on one line in particular for encouragement.

Another moan, this time even louder, filtered into the office. His head cleared, his heart slowed to normal, and an eerie calm settled over him.

“They’ll do more than listen, baby,” he whispered, rage suddenly sweeping away any thoughts of immorality or ethics or principles. Screw those things. Screw those quacks who had destroyed his daughter’s life.

Without hesitation he left the office and entered the main section of the thirty-by-fifty steel garage. He hadn’t needed the entire space and had chosen to fulfill his plans in the west corner of the building, where the lighting was best and the bathroom and utility sink were closest. Things would become messy after all. 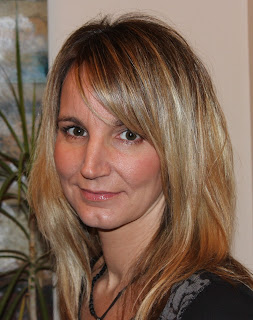 Kristine will be awarding $5 Amazon gift cards to four randomly drawn commenters during the tour as well as print books to six other randomly drawn commenters during the tour (3 of Pick Me, a contemporary romance, and 3 of Shadow of Danger, book one of the suspense series. [US ONLY on the books]). Follow the tour for more chances to win!
Posted by Andi at 3:30 AM
Labels: book promo, excerpt, giveaway, Goddess Fish, romance, suspense, thriller