'A Baby for Easter' by Noelle Adams 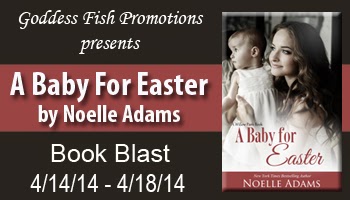 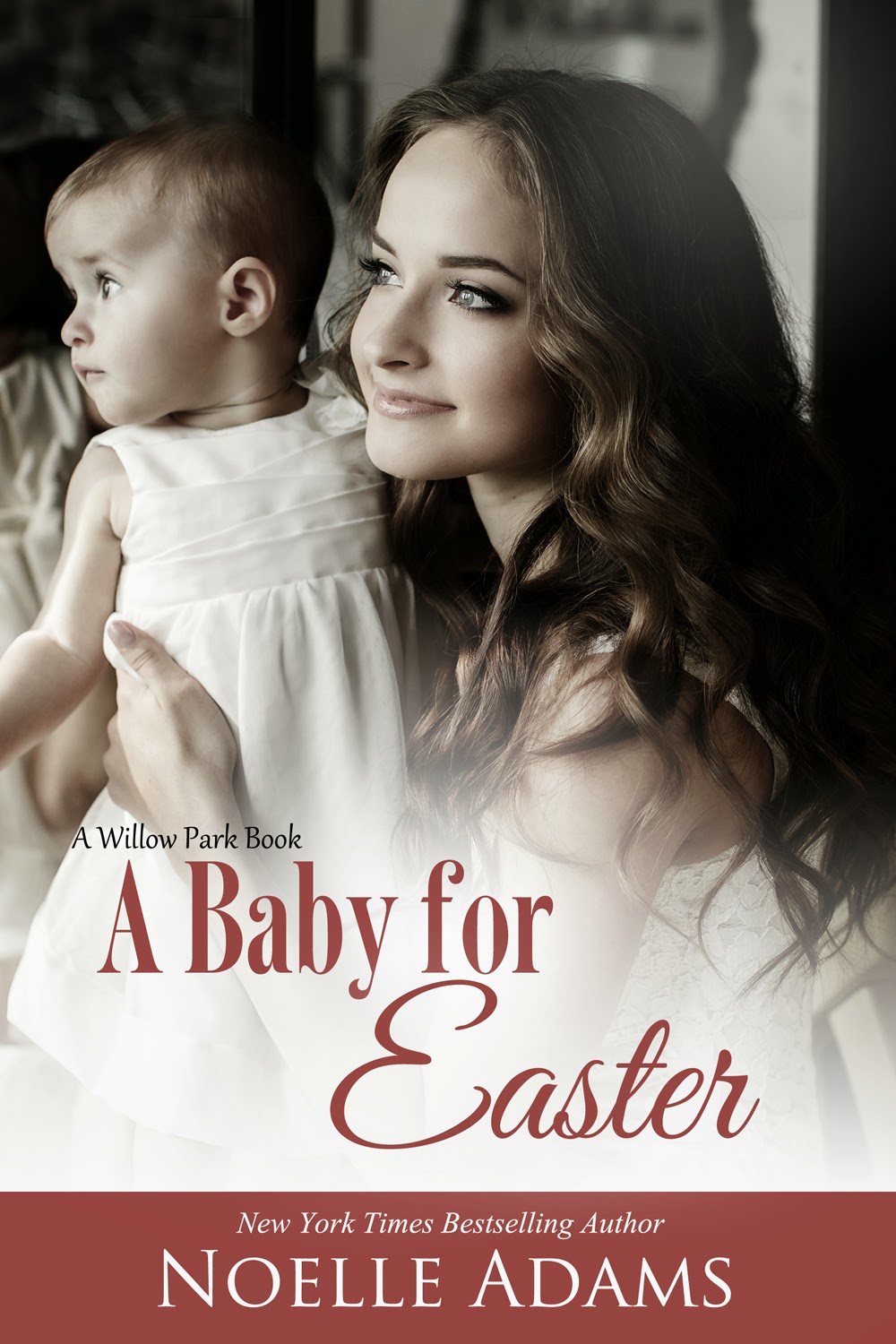 Alice Grantham lost her fiancé and her job, so she’s had to come home to Willow Park to live with her parents. To recover some sense of independence and security, she’s cobbled together different part-time jobs, including one as assistant to the pastor of her hometown church. Nothing seems to be going right for her. Even Micah, the pastor’s brother and the first boy she ever loved, is standoffish with her now.

Micah has always been a prodigal son, but now he’s trying to put that lifestyle behind him. Then a five-month-old daughter he never knew existed is dropped on his doorstep, the result of one of his many one-night stands. He needs help from Alice to care for his daughter, but he can’t let himself hope for anything more from her than that. He can’t help but want it, though…

Now, however, Alice was regretting her random impulse to put on a skirt that morning, since she was on her knees in front of the bookshelves, putting the last of the commentaries back in place.

At least no one was around to see her undignified position, with her skirt pushed up to her thighs to give herself freedom to move.

“Daniel,” a voice came from outside the office. “Daniel!”

She recognized the voice, but he was in the office before she could move or pull down her skirt. She froze as she looked over her shoulder, befuddled by Micah’s sudden appearance.

He seemed equally startled to discover her on the floor, after his eyes scanned the room for his absent brother. “Oh,” he said, standing in the doorway.

It took her a minute to pull herself together, but when she did she managed to smile.

“He went to the hospital to see Mrs. Cooper.”

“Oh.” Micah was such a self-assured man that it was strange to see him so stumped.
Then there was a different sound in the office. It took Alice a few seconds to even identify it. It was so unexpected that she was sure it wasn’t right.

“Is that a baby?” she asked, her voice hoarse with surprise.

He looked down at the carrier as if he’d forgotten he held it. “Yeah.”

She scrambled to her feet, rather clumsily, and hurried over to look at the baby as he set the carrier on Daniel’s desk, right on top of the printed copy of sermon notes for Sunday.

She peered into the carrier and saw the baby—maybe four or five months old—wearing a pink sleeper. Her eyes were blue and grumpy, and her whimpers were quickly turning louder.

Instinctively, Alice reached out for the girl and pulled her up to rest against her shoulder, patting her back in a comforting manner.

Alice had always liked kids. She’d never had baby-fever, but she certainly knew what to do when one was starting to cry.

“What are you doing with her?” she asked Micah, who’d been staring at the baby with that same glazed look of bewilderment.

“Well, whose is she?” Surely this baby hadn’t dropped from the sky into the back of Micah’s truck.

A Baby for Easter will be offered at a special release price of $.99 through Easter day! Regularly priced at $2.99.

Noelle handwrote her first romance novel in a spiral-bound notebook when she was twelve, and she hasn’t stopped writing since. She has lived in eight different states and currently resides in Virginia, where she teaches English, reads any book she can get her hands on, and offers tribute to a very spoiled cocker spaniel.

She loves travel, art, history, and ice cream. After spending far too many years of her life in graduate school, she has decided to reorient her priorities and focus on writing contemporary romances.


Book Trailer for A Baby for Easter:
http://youtu.be/HkL8asd5StU

Noelle will be awarding the following prizes:

* One winner will receive a $25 GC to Amazon or BN

Click on the tour banner to see the other stops on the tour and for more chances to win!.