Legend says that Athena, goddess of wisdom and war, sprang fully-grown from her father Zeus’ head – the ultimate brainchild. But what has this to do with characters, and, most importantly, what has this to do with helping you create them?
Since seriously taking up writing seriously seven years ago, I have discovered a somewhat weird exercise for creating characters that are as quirky and individual as the ones you end up sitting next to on a city bus:

Give yourself fifteen minutes, and create a character from whatever backstory facts, physical features, and personality traits spew from your mind.

What the heck? you must be thinking. That short of a time? And do you have any idea how odd and disconnected the thoughts are that I have during fifteen minutes of brainstorming are?

The answer to that last question is yes, yes I do. And that’s what makes this exercise work – your quirkiness alone is proof of the fact that seemingly random things put into a character’s backstory, personality, and even physical appearance can coexist, creating a character unlike any other you’ve made before. Shall we try it now?

First off: Forget what you’re doing
I know, I know, I just told you all this stuff about an exercise. But forget it, relax, and throw away the knowledge that you’re trying to come up with a character for your precious baby of a manuscript. If you’re anything like me, chances are you’ll want to make your characters heroic and perfect (ergo boring and unrealistic) because you want your book to be heroic and perfect. Convince yourself that you’re simply doing something dumb and pointless so you won’t care a jot if this character picks his nose, or if he had a deprived childhood, or if he’s lazy as your cat.

Secondly: Write like you’re crazier than you already are
Using the very first things that pop into your head, answer the following questions/prompts. But don’t stop just there! As long as the spur-of-the-moment ideas are rolling, keep writing ‘em down. Remember: DO NOT think about this too much – this is just an exercise, and by no means do you have to keep this character. And you don’t have to answer all the prompts, either. If you get stuck on one, skip it and go to the next.

What is this character’s
1) Hair color
2) Eye color
3) Physique (Tall? Short? Round? Gangly?)
4) One thing about their appearance that sets them apart from anybody else in a room

Describe the way they:
Walk
Eat
Sit
Move when nervous/angry/upset (or any other ticks)

Their favorite thing to wear in public is:

Their favorite thing to wear at home is:

Would they be quiet in a library?

How would they react to being in a car crash?

What do they do when there’s a free mic during karaoke?

One bad:
Habit
Trait
Relationship (everyone has someone they don’t like)

One good habit/trait:
Habit
Trait
Relationship (everyone has someone they really like)

One thing they’re really ticked off by:

They get along best with people who are around the age(s) of:

One more thing, unrelated to anything above, that you think of when you read this final prompt:

Good luck, my dears! If a character you like hasn’t popped out of your head by the time your fifteen minutes are over, that’s okay. This is an exercise, not a test, and the goal is to improve your creativity and expand your portfolio of possible character traits and appearances for later use. 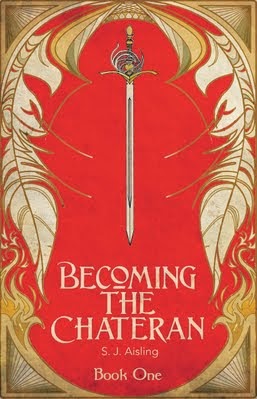 When Princess Rhea’s actions inadvertently condemn two innocent knights to death, she wakes to the hard reality that not even nobility is above the law. All her attempts to remedy the situation only complicate it, however, until she finds herself a fugitive in her own kingdom, having dragged her best friend into the trouble, as well. Their only hope for pardon? To accompany Sir Paladin and Sir Zephen in their sentence:

Slay, or be slain by, the Dragons of Sama-Ael-Fen.

Travelling incognito, they meet with more malicious Phoenixes than could be coincidental, discover the mysterious disappearance of numerous citizens, and come face to face with a reawakened evil power. With the kingdom oblivious to the connection of these dangers, it’s up to Rhea and her outlaw companions to stop the rising threat and redeem their names – if they can survive their quest.

Shouting and confusion suddenly rose up from within the castle, and Julen, almost losing his footing once more, scrambled for a better hold on the window bars. He faced into the wind as it shoved him against the tower, the loud cry ringing off the walls of the castle once again, and his jaw dropped. A flashing, red thing was speeding through the air towards the castle. Its enormous wings created the gale that had suddenly burst out, followed by waves of heat. Julen couldn’t move, clinging to the tower in horror as the Dragon swept low over the castle.

Valkdrava… the rumors are true, then!

All the brown-tinted trees far below shook and creaked, leaves scattering thick on the blast of wind. The power of the Dragon’s wingbeats pushed Julen from his window ledge, and he tumbled down, landing miraculously on the castle wall fifteen feet below. Bursts of light exploded in his view, and he couldn’t breathe, but then larger, fiercer, and redder flashes rent the air above him, and the voice of Vanna crying out his name stirred him. Somehow he found himself on his feet, swaying like a reed in the wind, and yet clutching his drawn hunting knife in his fist. The Valkdrava banked on the sweltering wind of its own creation, sending hay from the stack by the stable, torn pennants, and loosened tiles swirling through the air. Opening its mouth, it sent a stream of fire onto the wooden structures inside the bailey. The terrified shrieks and cries of the horses and other livestock in the buildings filled the air, and the shouting and screams of people joined the din as the Dragon swooped down again and again, each time sending fire into yet another spot within the castle. Within moments, Julen found himself surrounded by flames on the walls, with no way of getting down into the bailey and helping.

A troop of guards and soldiers burst from the armory and raced towards the Dragon, which had just perched on top of the great hall’s roof with a splintering of large glass windows and an avalanche of carved stone and tiles. The Dragon gave one look at the advance, and within seconds, all that remained of the soldiers lay piled in ashes and twisted metal in the courtyard. Then the Dragon, after grinding in the roof of the great hall like a kitchen maid kneads dough, turned and fixed its livid eyes on Julen.

Stacia Joy has always loved to tell stories and invent fictional lands and characters. But she never considered becoming a writer herself until age thirteen, when, inspired by a pretend play she invented with a friend, she wrote the first draft of Becoming the Chateran. The story has since expanded into what will become The Chateran Series. Stacia Joy also writes in several other genres, including steampunk and paranormal/science fiction, and occasionally writes poems about buffalo.

Wanting to be able to show others what her imagined universe looks like, Stacia Joy taught herself to draw by studying the work of illustrators like Alphonse Mucha, Arthur Rackham, Kate Seredy, and Jan Brett. She also received training in illustration and graphic design at Madison Area Technical College, and plans to become a full-fledged freelance illustrator before long.

When not immersed in writing or art, Stacia Joy spends her time playing the piano and folk harp, composing music, Irish dancing, singing at the top of her lungs, and learning new things. She also enjoys helping with children's ministry at her church, and currently resides in the Madison, Wisconsin area with a kitten named Lord Peter Whimsey.