'Into the Light (The Dark Series)' by Jennifer Burrows 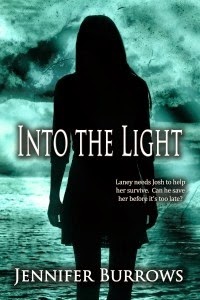 After Laney is shot at point blank range, Josh works tirelessly to repair her life threatening internal injuries from the gunshot wounds. What’s worse is he is forced to inform Laney’s parents about the tragic accident. Having only just begun a relationship with the woman he knows in his heart he will spend the rest of his life with, he now has to reveal to her parents that a stalker has been tormenting their daughter. While his only mission is to save Laney’s life, her parents have other plans for their daughter, none of which include Josh. They are determined to find a new doctor for Laney, and if her parents have their way, she will be taken thousands of miles away from him.

Just when Josh thinks his entire world has been turned completely upside down, he finds his sister Jillian has stopped taking her psychiatric medications and has become a person unfamiliar to him. Dealing with her psychotic world becomes even more of a shock, leaving Josh in a horrible dilemma. He is torn between trying to save Laney’s life, keeping her parents from moving her away from him, and providing his sister the attention and help she desperately needs before she has a complete psychotic breakdown.

Will Josh be able to save the love of his life and prevent her parents from taking her away? Will he be able to help Jillian through her mental illness before it takes over her life? Will Laney’s relationship with her parents ever be salvaged? Will Josh and Laney have their happily ever after, or will the hurdles they have to jump through prove to be more than they can handle?

Dr. Josh Stone stood helpless as Laney, seemingly in slow motion, fell to the floor. The thud as her body hit the tiles shot goose bumps through his flesh. For a brief moment he was paralyzed. His girlfriend, also a trauma nurse-had been shot by the patient they had been taking care of. The sight of the man sitting up and grabbing Officer Miller’s gun from his holster replayed in Josh’s brain. The man pointed it at Laney and shot her several times before anyone was able to subdue him. Now, Josh stood helplessly as she lay motionless on the floor. How could this happen in his trauma room? How could he let this happen to Laney? His knees seemed to buckle as he sank to Laney’s side, stethoscope dangling from his neck.
Laney’s curly blonde hair covered much of her face, but it was clear she was unconscious. Josh gently shook her hoping for the slightest response. There was none. She had been shot in the chest.
Someone shrieked. One of the ER nurses, Dinah’s eyes were wide, both hands covered her mouth. She pointed to the floor. A puddle of blood oozed from under Laney. The metallic aroma wrinkled his nose.
Josh fought the anger raging inside him. He wanted to make the son-of-a-bitch who shot Laney pay for hurting her.
For now, let the cops handle it. Josh took a deep breath and struggled to regain his composure, but failed miserably.
“My God! Laney! How could this happen?” His face was hot. He swiped at it with his blood soaked hands and realized he was crying.
“Dr. Stone. Dr. Stone!”
Josh looked up. Dinah’s lips were moving, but her words weren’t computing. A couple of techs and nurses eased Laney from his arms. Not only did he feel the emptiness, it plagued his heart and his soul.
Josh helped lift Laney onto a gurney. Dinah placed her hand on his shoulder. “You need to help her. She needs you now more than ever.”
Dinah put her cold hands on Josh’s flushed face. “Dr. Stone, I know you’re in shock, but you need to focus. You’re the only one who can save her.”
Josh turned his head, causing the frigid hands to fall from his face. He rubbed his swollen eyes and surveyed the room. The devastation was beyond words. Officer Miller had the man who shot Laney subdued in handcuffs. He lay on the table with his disheveled hair covering his face. Someone must have given him a sedative because he wasn’t moving. Equipment had been knocked over, and supplies thrown everywhere. Josh’s heart rate sped up as he cast his eyes down at the pool of blood surrounding his feet.
“Where is she?”
“They’ve taken her to the O.R to get her prepped. You need to get down there right now. Dr. Nessler is coming in to finish up with this guy.”
Josh darted out of the room with an urgency he never felt before. Each step he took, his pace quickened until he was in a full sprint to the O.R. 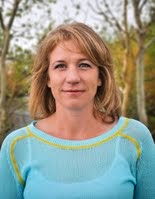 Jennifer is a Registered Nurse, and she holds a Master’s degree in Nursing Administration. She has 15 years of experience working in the Emergency Room and the Intensive Care Unit of a major trauma center. While she is equally adept at all facets of patient care, Emergency room nursing is her passion, and is the inspiration for this story and A Shot in the Dark. Currently, she resides in Southern California with her husband and their three amazing boys. A Shot in the Dark was her debut novel with Into the Light following as the sequel.