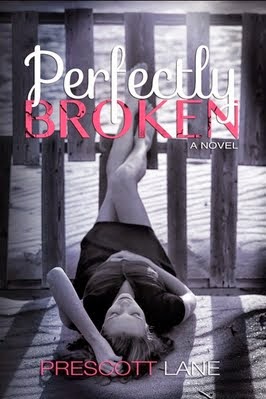 Even after years of trauma therapy, Peyton still believes she’s broken. She has little desire to date or show off her natural beauty, content simply to hang out with her best friends and run her pie shop in New Orleans. But her world turns upside-down when a handsome architect and self-confessed player shows up in her shop and thinks she’s perfect, much more than the usual hook-up. While Peyton does her best to resist his charms, believing she could never be enough for him, she can’t deny the obvious heat between them. With Reed determined to have her, Peyton must decide whether to continue to hide behind her apron and baggy clothes or take a chance and share her scars with Reed, a man with a playboy reputation and scars of his own -- a dark past he can’t possibly share with Peyton, not after learning the horrors she’s endured. But if they can find a way to trust each other, and themselves, they just might be able to heal, to save each other, to live perfectly broken together.

“Sometimes it’s better to push people away, so you don’t hurt them,” Peyton said, “and they don’t hurt you.”

“That’s bullshit, too.  I won’t have talk like that, Miss Peyton.  I just won’t have it.”  Dr. Lorraine cocked her head to the side.  “It’s time for a change in direction -- a serious change of direction.  This is what we are going to do.  You made a lot of progress with Reed – lots of good oral and other stuff.  But now you’ve cut him off, and I see you backsliding.  I don’t like to see it.  I won’t allow it.”  She stroked her chin then cracked her knuckles in preparation for some great declaration.  “I’m prescribing a little retail therapy.”

“Yes, that’s what I’m prescribing.  You get that friend of yours, Quinn, and hit the shops – Canal Place, Magazine Street, St. Charles Avenue, wherever,” Dr. Lorraine ordered, her whole body bouncing.  “I don’t want to see you in those sad, baggy ass clothes anymore.  Just looking at them, they mess with my head, and they screw up my whole day.  You ever think about how they make me feel?”

“No,” Peyton said with a laugh.

“Makes me sad.  I hate them.  So I want new shoes, clothes, athletic wear, undergarments!  Everything new.  Got it?”

“How is this therapy?”

“Honey, you’re hiding again.  You’ve flipped your sex switch back to off, and I’m not about to let it hibernate in some frozen tundra again for years.  We’ve worked too damn hard.  You need to get in touch with your sexuality without a man helping you do it.  You have to do it.  And clothes are the perfect place to start.”

Peyton smiled.  “It just seems like a waste of time and money.”

“Well, if you don’t want to do it through clothes, I can prescribe something else.  Maybe a pole dancing class?”

Peyton rolled her eyes.  “Fine, I’ll get the clothes.”

“Good,” Dr. Lorraine said, writing in Peyton’s chart, as if filling out a prescription to take to the drugstore.  “Among other things, I want you to get some power panties.”

“Power panties?”  Has she been talking to Bret?

“Sexy underwear,” Dr. Lorraine said, still writing.  “They can make a woman feel very powerful.”  She put down her pen and looked at Peyton.  “When a man wants to be taken seriously, he usually wears a red tie.  Ever notice that in presidential debates?  Lots of red ties.  Red is the color of power.”  Dr. Lorraine waved her hand and snapped her fingers.  “So get yourself some red panties, girl!  Take back your power!  Do it for yourself!”  She handed Peyton her prescription.

“I didn’t realize my power was in my underwear.”

I liked Peyton from the start. Despite her shattered innocence and destroyed past, she is still an amazingly strong woman who can take the world by storm if and when she is ready. Actually, with her highly successful bakery, she is already starting to do that. She just needs to regain her self-confidence and tackle the demons in her past, so that she can try to pick up the pieces and move on.

Reed was a little tougher to swallow, but only in the beginning. Right from the start, you knew that the two of these characters were going to be smoking hot together and that he would be able to come around. He didn't even know what he had deep inside himself.

Both of these people are broken from their pasts. Neither one of them could control what had happened to them. Despite these flaws, they are able to complement each other and to help each other to heal and to grow. That's not to say that they are going to have an easy time of it. Best friends and jilted lovers, plus the past creeping up again with its secrets cause a lot of bumps along their path. It's all about their determination to look past all of that and to stick it out that can drive them forward.

Peyton's best friend Quinn is hilarious. She is spunky and obnoxious, but in a very loving manner. She is highly protective of her best friend, and rightly so. Quinn's brother Griffin is very sweet, even if he proves to be a troublemaker. Quinn's boyfriend Bret, Reed's best friend, helps to round out their quartet. He strives to keep his best friend in line, while juggling his own relationship.

I spent a chunk of the weekend on this romance and enjoyed every moment of it. The characters grow and develop as they heal. The plot keeps moving along at an appropriate pace, with enough little twists to keep it interesting, without going overboard. Reed and Peyton are hot together, without being pornographic. It's a good escape. 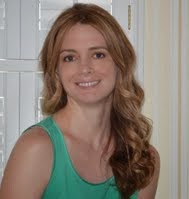