'My Grandfather's Pants' by Tegon Maus 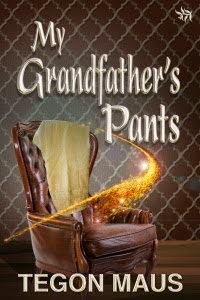 My Grandfather's Pants
by Tegon Maus

My grandfather, who went by Henry his entire life, was really born Francis Michael Laskin. On occasion a few of the older relatives would call him Frank, a name he neither acknowledged nor accepted. I had never understood it as a child but... now in my early thirties, everything I knew about the man, his entire life, those that loved him and those that tried to control him all became clear and it all began with a pair of my grandfather's pants.

Silhouette framed by a lamp in the next room, casting a pale yellow light behind her, the dark, supple form entered. Coming closer, she hopped a little, bending at the waist, raising her right foot, removing her shoe. A step or two more and the sound of the left falling to the floor followed the first. Another step, and to my astonishment, the soft, slow, sound of a zipper and her skirt slipped to the floor in a muffled heap.
My heart pounded so hard I could not swallow and feared the need to blink, certain it was a dream and she would be gone if I did so.
She stood near the foot of the bed, undoing her hair with both hands, shaking it lightly to hang loose about her face. Closer now, her features became clearer and she smiled.
She stood in the delicate light and began to unbutton her blouse. Slowly, one button at a time, she undid them all, allowing it to hang open, leaving her chest unencumbered.
"I have never been so afraid," she said softly as she undressed.
"Afraid?"
"Afraid, I would lose you," she eased herself onto the bed, crawling on hands and knees, to sit next to me.
"Gabriel, we can't. I can't..." I couldn't breathe, couldn't speak. I couldn't think.
"Are you not my mon coeur? Am I not your Gabby?" she asked, placing a hand at the center of my chest, her voice, low, husky, her accent thick with desire, pulled at the core of me.
"You know Connie and I..." I tried to push her hand away.
She held mine in return, pulling it close to press it against her cheek.
"I am beautiful for you, no?" Her voice held an edge of concern, as if I might actually say no.
"You are very beautiful. You are one of the most beautiful women I have ever met," I answered honestly.
Her expression lightened, becoming more contented.
"It is not what you think, being beautiful. Men ignore me, thinking I am out of reach. Women hate me because they think I am prettier than they and that I am one of those... how do you say...?"
"Bitch," I offered.
"Yes, that one." She seemed happy that I got it right, sitting up, pointing at me and then to her nose as if we were now playing charades.
"Gabriel, we can't."
"Do you not want me, mon coeur? Do I not please you?" She leaned forward, coming closer, her blouse bulging open.
"More than I can say, but Connie and I..."
"No one will know," she whispered, placing a hand across me on the bed, lightly pressing her lips to mine. Her mouth was soft, warm, inviting. The feeling was electric, thrilling. Her shirt had fallen open, exposing her exquisite skin and ample charms. My heart fluttered with excitement, accelerated by a flush of wild desire. The smell of her need, the perfume in her hair, mixed in my nostrils and became an intoxicating cocktail, scrambling my brain.
“The stars knew we were to be together when they were young and the world had not yet come to be. We could live in that moment... in that passion... in that hope the stars have waited all this time in expectation. We could be happy, you and I. No one but the stars themselves would know." She kissed me again, more urgently this time.
"I would know."
Her expression shifted. Tears began to fill her eyes. She sat up, pulled her blouse closed with both hands, and moved away from me.
"There is no room in your heart for me?" she asked softly, half to herself, half to me.
"I'm sorry, Gabby, but I love Connie," I offered my hand in comfort.
"You have not said these words to me before. Then she is the sun at the center of your universe and I am but a moon, hidden in the shadow of her brightness," she said sadly, getting up off the bed to find her clothes.
"Gabriel," I called, throwing off the blankets to follow her.
Without another word, the house filled with the sound of her running down the stairs, followed a moment later by the thud of the front door closing.
My heart sank and I felt like crap. 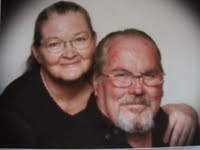 I was raised pretty much the same as everyone else... devoted mother, strict father and all the imaginary friends I could conjure. Not that I wasn't friendly, I just wasn't "people orientated". Maybe I lived in my head way more than I should have, maybe not. I liked machines more than people, at least I did until I met my wife.

The first thing I can remember writing was for her. For the life of me I can't remember what it was about... something about dust bunnies under the bed and monsters in my closet. It must have been pretty good because she married me shortly after that. I spent a good number of years after inventing games and prototypes for a variety of ideas before I got back to writing.

It wasn't a deliberate conscious thought, it was more of a stepping stone. My wife and I had joined a dream interpret group and we were encouraged to write down our dreams as they occurred. "Be as detailed as you can," we were told.

I was thrilled. If there is one thing I enjoy it's making people believe me and I like to exaggerate. Not a big exaggeration or an out right lie mine you, just a little step out of sync, just enough so you couldn't be sure if it were true or not. When I write, I always write with the effort of "it could happen" very much in mind and nothing, I guarantee you, nothing, makes me happier.