I'm back with another book in the Breakdown series! This time I have an excerpt for you from So Many Secrets by Vicki Hinze, which is the second book in the series. You'll also find a link to my reviews of the series and to a giveaway. 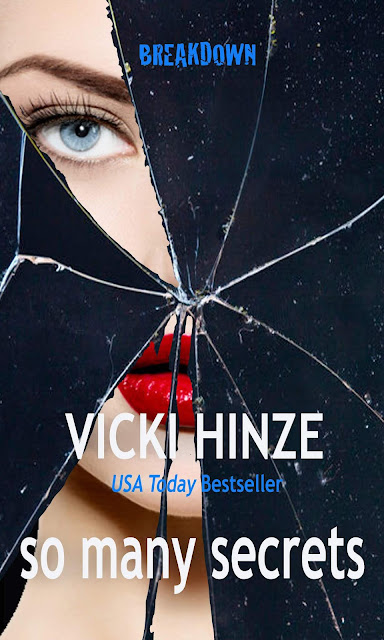 THE BREAKDOWN DEEPENS... Seven years ago, Dr. Dana Perkins came to idyllic Shutter Lake seeking safety from a traumatic experience in Phoenix. She became the principal at Shutter Lake School--and found her refuge… until Sylvia Cole was killed and one of Dana's best and brightest students, Vinn Bradshaw, confessed to the murder. A murder Dana is certain he didn't commit. But who is he protecting? Why? Seeking the truth shatters Dana's safety. Yet who could have predicted proving Vinn innocent would jeopardize her friends and neighbors… and expose so many secrets?


Laney straightened and stopped rubbing her thigh. “You know exactly what it’s like.”

“Unfortunately, I do,” Dana admitted. “Before I came to Shutter Lake, for peace and tranquility, I taught at an elementary school in Phoenix. There was a mass shooting. Long story short, I lost four students. When the shooting started, we weren’t in our classroom, we were in a hallway, and there was nowhere to go. Finally, we ran back to a janitor’s closet and piled into it. I sat closest to the door. It was hot and locked and the kids were so scared. I told them we had to be quiet and maybe the shooter wouldn’t know we were there. He’d turned his back and started firing in another direction.”

“So you saved the kids.”

Dana let her agony show in her eyes. “Four died.” She recited their names. “Cara, Misty, Sara and Joshua.” She tugged at her earlobe and swallowed a lump of fresh tears from her throat. “Part of me died, too.”

“Yes.” Laney sparked recognition. “Exactly.” She sipped from her coffee. “So you have nightmares, too.”

“I did for more than five years. But this with Sylvia...it’s brought them back.”

“So they never end.”

“Regret is merciless, Laney. That’s the simple truth. But we get better at coping with it. And that, my friend, is also the truth.”

“Merciless, I’ve got down pat. It’s something…else, something that eases this stuff, I’m still searching for.”

“Yes, I know.” Dana tapped her folded forefingers. “We search because we feel guilty that we couldn’t prevent the incident. Because we couldn’t do more. Guilt tells us we’re there to protect and defend, and when we fail, for whatever reason we fail, we might be given forgiveness from everyone else in the world, but we struggle—oh, how we struggle—to forgive ourselves.”

Laney stilled and stared at Dana for a long time. “It’s not regret, it’s guilt that rises up again and torments us.”

“It does, but guilt can’t ease things in us any more than regret could, because it isn’t what’s really tormenting us,” Dana said.

Dana had, too. For a very long time. “Forgiveness is tricky. We think we forgive others so they can move forward, and so we do. But we don’t accept that we must forgive ourselves so that we can move forward, too.” Dana let that sink in. “It’s really hard for us to admit, especially to ourselves, that we were helpless. Or that we tried and just plain failed. So we forgive everyone else, no problem. But we don’t forgive ourselves because way down deep in places we don’t talk about or even acknowledge exist, we have this spark of doubt. We hang onto it with all we’ve got, and we continue to believe there is something else we could have done. Some way we could have changed the outcome.”

“Second-guessing ourselves, so it comes out in our dreams.” Laney grunted. “I get it.”

“Here’s the most important part,” Dana said. “Until we accept that what happened did happen and it’s done, we’re stuck on this hamster wheel of hell. There’s only one thing that can stop the wheel so we can get off.”

“Us actually forgiving ourselves. That is the only act that can set us free. It’s simple but complex and hard to do, yet once we do it, we’re free to move on.”

Read my reviews of this book and the rest of the series here. 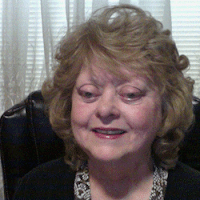 
Raised in New Orleans, Vicki Hinze began writing before Kindergarten but her journey to writing books included a lot of corporate pit-stops. Eventually, she settled in and her first novel landed an array of awards and on the bestseller list. With nearly 40 books published, she's been back many times with awards in multiple genres and appearances on multiple bestseller lists, including USA TODAY. Vicki is recognized by Who's Who in the World as an author and an educator and is best known for chilling suspense, trailblazing, and creating series that genre-blend. Her works include suspense, mystery and romance. Since 1994, this former VP of International Thriller Writers has written heavily about military and military families and in nearly all genres except horror. Hinze is a Floridian married to a former Hurricane Hunter/Special Operations Officer. She constantly pushes the boundaries on existing genres, opening the door for new novel blends.