Welcome to the virtual book tour for Reckless Beginnings by Tina Hogan Grant! So many readers are also aspiring writers, and they want to know what some of the best practices are to achieve the same level as their favorite authors. Today, Tina is sharing with us some of her best advice for writers. There's also a sneak peek into her latest book and a giveaway. Please be sure to let her know what you think both here and at other stops along the tour!

In order to improve your writing skills, you need to be adopting certain habits that over time become natural and a part of your everyday routine.

Quoted from the Merriam-Webster Dictionary, “Habit – an acquired mode of behavior that has become nearly or completely involuntary.” Another way of saying this is: We do things from the force of habit.

I can’t emphasize this enough. In order to be able to write you need to be reading.

When you’re reading, slow down and take note of the writing style, the grammar, ask yourself questions – why do you like or not like the book? Is the book captivating? Were you drawn into the story right away? Does it have a good plot? Take note of the characters – are they descriptive enough – can you picture them? As a writer, read the book like a writer? Question the book like you would your own story. Learn from the bestsellers.

Like anything in life that we want to excel in, we need to practice and keep at it. Kobe Bryant didn’t become a superstar basketball player overnight. It’s the same with writing. Write every day, doesn’t matter what you write, just write. Write in a journal, write a blog, add something to the current story you are writing. If you are stumped on what to write, use a writing prompt.

When you have completed your story I encourage you to read it over and over and when you think you’re done, read it again and again. Trust me, you’ll be surprised at what you’ll find and how much you want to change. I suggest reading it out loud or use a text to voice software.

When you’ve done all you can possibly do, it’s time to hand it over to others to read. I don’t recommend giving it to friends or family – they tend to be the worst critics, (afraid of hurting your feelings.) It’s best to give it to someone neutral. Listen to what they have to say and use the information.

I also recommend, walking away from your work for a week or two. Write something else, focus on anything but the current story. When you return with a fresh mind, you’ll be amazed by how much more focused you’ll be and I can guarantee, additional changes will be made.

Finally, have your work edited by a professional editor. There is nothing worse than reading a book that has constant spelling and grammar mistakes or simply doesn’t read well. Your reputation as a writer is out there for everyone to judge. An editor will be able to do the final polish and make it shine.

As a writer, more than likely someone is going to criticize your work. We can’t please everyone. The first will hurt, but we can look at in a positive way and grow from it. Take note of the critique, learn from it and expand your knowledge. then tuck it away and move on.

You’re doing something you love to do. You feel the passion to write. Embrace it, have fun with it. Get excited about your creation, the story, the plot, the ending. Don’t make it a dreaded chore – anticipate your next writing session and what you want to achieve. Set goals. 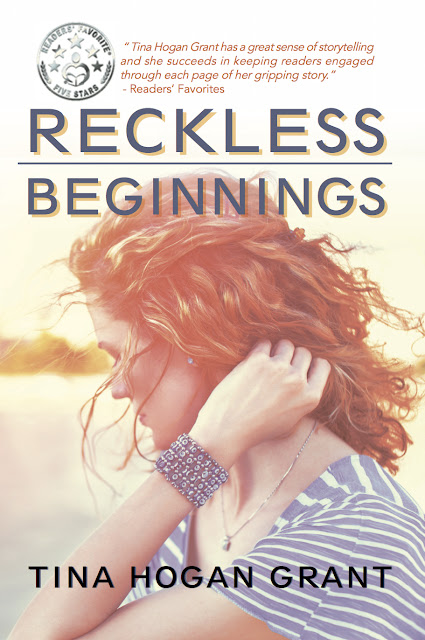 Tammy Mellows, a fourteen-year-old native of England, was shocked when her father and troubled older sister, Donna, moved to the States.

With her family now separated by divorce and divided by an ocean, Tammy felt helpless when she learned Donna had run away and couldn’t be found.

Thanks to her father insisting she stay behind in England to finish school, Tammy could do nothing for the next three years but pray that Donna would be found safe.

When Tammy’s lifelong dream of moving to the States was finally fulfilled, she had high hopes of looking for Donna. But with no leads and faced with turmoil in her own life, there wasn’t much Tammy could do.

After a forbidden secret love affair and a catastrophic dispute with her father, Tammy eventually meets Steven, settles down and has his child, only to discover he is a heroin addict. Thrown into a life of drugs and violence. Shadowed by his addiction, she becomes the silent and forgotten one. Living in fear of what Steven might be capable of and struggling alone to provide for her young son.

What consequences might she face if she leaves Steven? Is she ever going to find her sister alive? Will she have enough courage to conquer the impossible challenges of her twisted world and still come out on top?

Who was gone? Tammy wondered.

Her mother became angry. “She can’t just disappear, John! Someone must know where she is!”

Glued to the railings, Tammy was dying to know who and what they were talking about.

Then her mother began to cry hysterically while she held the phone tight and screamed into it, “She’s still a child, John. She’s just seventeen. You should never have put her in that home! She isn’t an object you can just discard because she’s in your way. She’s your daughter!”

Tammy remembered how her heart sank to the floor when she suddenly realized they were talking about Donna. Her sister had run away and was now missing. She wanted to race down the stairs and snatch the phone from her mother’s hands and ask her father WHY? Why had he put her in that awful place?

Donna had written a letter to Tammy and Jenny, telling them how much she hated being in the home. How no one wanted her anymore and she was going to run away. Frightened by what she had read, Tammy showed the letter to their mother. As upset as she was by both the letter and the fact that Donna had written to her sisters and not her, Rose never believed Donna would actually run away. “I’m sure she’ll be okay. She just needs time to adjust. It’s all new to her. We have to trust your father’s judgment. He said this would be good for her. I have to believe that. She is a very troubled young girl and needs help,” her mother had told her. But she had run away, and now no one knew where she was.

Tina Hogan Grant was born in England and grew up in a small town on the Yorkshire Moors. She is the youngest daughter of science fiction author, James P. Hogan. After moving to California, she became a commercial lobster fisherwoman, fishing off the coast of Southern California for ten years with her husband Gordon.

For fourteen years, she’d had a notion of writing her debut novel “Reckless Beginnings”. But it wasn’t until the sudden death of her father in 2010 and a battle with breast cancer a year later that she made the decision to get it done. Seven years later, she finally completed it. She is now working on a sequel titled, “Better Endings.”

She currently resides with her husband in the small mountain community of Frazier Park in Southern California. Together they enjoy anything that involves the outdoors, fishing, hiking, kayaking and riding quads.

One randomly chosen winner via rafflecopter along the tour will win a $50 Amazon/BN.com gift card.