Review of The Baby Plan by Joan Carney

Welcome to the blurb blitz tour for The Baby Plan by Joan Carney. I took a chance on this romance and have a review for you as well as an excerpt and a giveaway. Be sure to follow the tour for even more excerpts and chances to enter the giveaway, leaving questions and comments for author along the way!

Please note that affiliate links are present within this post. Should you make a purchase through one, I may earn a small commission at no additional cost to you. I also received a complimentary copy of this book in exchange for my honest review. 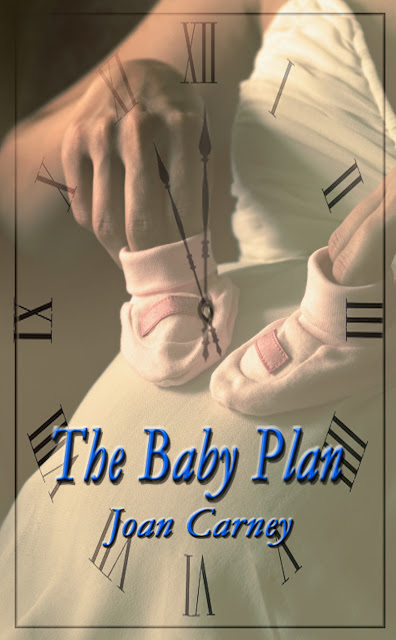 The itch of ‘baby lust’ has prickled just under the surface of Tessa’s skin since she turned thirty. Five years have passed since her thirtieth birthday, and her obsessive nature has stoked the minor irritation into a full-blown fertility frenzy. She’s given up waiting for the right man to put a ring on her finger and, instead, decides to actively seek out a man with the right genes who will give her the child she wants with no further involvement. Love wasn’t in the plan, but Karma had other ideas.

“I’m going to have a baby.” Spoken out loud for the first time, those words sent a rush of adrenaline through her veins. Warmth swelled from her heart as the vision that had taken center stage in her dreams for the last five years, captured the spotlight in her mind’s eye. Her arms circled her own body, aching to cradle that bundle of cooing softness.

Owen’s fork remained suspended in mid-air inches from his open mouth, his face frozen and pale blue eyes wide and staring. It took a moment for him to regain his composure enough to speak.

“You’re what? Are you sure?” He shook his head, put his fork down and rested his back against the seat. Tessa was sure the incoherent mumbles that followed were a litany of swear words, but she stayed calm.

His gaze scoured the ceiling as his voice groped for a public-appropriate response. “How did this happen, Tess? You, of all people. I can’t believe you’d let yourself get into this predicament. You never told me you were seeing anyone. Who is he? Does he know? Are you in love with him?”

Tessa shook her head to focus as much as to explain. “No, no I’m not pregnant now. I mean I plan to get pregnant.”

Her breath stilled then released as the panicked expression on Owen’s face softened to one of mere annoyance. But she wasn’t out of the woods yet. She’d only started to lay out her plan. Stalling for time, Tessa pushed the chopped antipasto salad around the plate with her fork.

“I’ve been thinking about this for a long time, Owen, and I’ve made up my mind. You only need you to back me up when it comes time to tell Mom.”

**My thoughts**
The idea of a woman taking matters into her own hands to have a baby because she hears her biological clock ticking is not a new one, but Joan sprinkles in her own little details to make the story unique.

Tessa is about to turn 36 and her ovaries ache every time she thinks about being a mom. A lot of us of a certain age who are childless can completely understand this. But we don't all make the same decisions. Tessa doesn't want to go the traditional donor route by using a sperm bank and going in vitro. Instead, she wants to actually choose the man, being able to personally witness his desired characteristics to create her ideal baby. And she's willing to pay if necessary.

You can't help but cringe and duck your head in embarrassment as Tessa gets started on her quest. She has a form of OCD, so she needs to be in charge of planning every single detail. I almost feel like she has a bit of social awkwardness, which would make sense. The worst is when she goes to her high school reunion and is propositioning a couple of men about becoming her baby daddy. I hurt for her.

But Tessa has even more problems. Her brother Owen is completely overbearing and overprotective, especially after their father died. I used to think that I wanted an older brother, but am glad I didn't have one like him! And her mom and stepfather aren't much better. He is constantly condescending and she doesn't seem to be able to support her daughter at all. It almost makes me wonder if she partially wants a baby to find some unconditional love, even though that is a misdirected notion.

She manages to find a man who appears to embody everything she wants. He is weak-in-the-knees gorgeous, intelligent, funny, and knows how to titillate her on all levels. The sparks between her and Michael ignite from their very first encounter. You're excited about her finding someone she connects with so well. And you're a little apprehensive about their relationship because you know that Michael has a reputation of being a player. But he doesn't know about The Baby Plan because Tessa can't find a way to tell him about it. A real relationship would make it better, wouldn't it?

I read their story with a bit of trepidation out of concern for Tressa making a rash decision, though I was also rooting for them to make it through all of the barriers strewn all over their path. I had moments of wanting to smack certain people. I reveled in the steamy scenes. (Don't worry, they aren't graphic!) I cheered their triumphs. A fun book to keep you occupied on a cold fall evening. 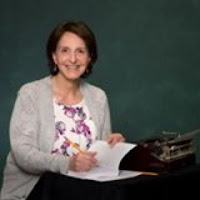 A transplant from the concrete sidewalks of New York City to the sunny beaches of Southern California, Ms. Carney enjoys writing stories about women who are strong—whether by nature or circumstance—and the men who love and respect them for who they are. Things that make her happy are rainy days (too much sun is a bore), writing the perfect first line, family get-togethers, reading books that grab her heart, and finding new connections in her genealogy research. Bold coffee and dark chocolate fuel the artistic fire inspired by her family, friends, and psycho, lizard hunting cat.


Joan Carney will be awarding a $25 Amazon or Barnes and Noble GC to a randomly drawn winner via rafflecopter during the tour.