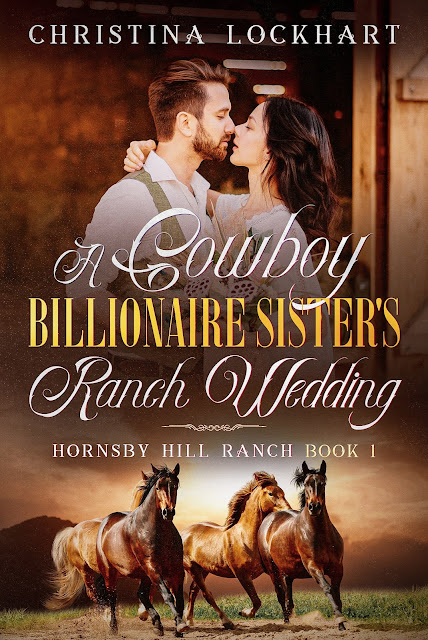 Hayden Hornsby had dedicated his life to helping raise his brothers and sister, and run the ranch alongside his grandfather. If you ever tangled with the Hornsby's, you would know that they weren't ones to fool with. They're rich— powerful — pretty dang smart too— but the thing about it is— people believed they operated on some kind of curse.

Jemma, Hayden's sister, was ready to get married to Dustin Greenwich. Dustin's mama never really cared too much for the Hornsby's. She felt like they thought they were too good for anybody. In a way, they were like the Montagues and the Capulets— their feud wasn't as intense— but Lisa Greenwich made it seem like their families were forbidden to be together. It was insane the number of things Jemma and Dustin had to endure so that they could be together.

So why in the hell of all the girls Hayden had to fall for— he had to pick, Jessica Greenwich. The one-woman, Jemma, did not deem good enough for him—and he was the one man her mother didn't want near her daughter.
Available on Amazon
(affiliate link)

Growing up, she had a passion for the country. She loves all things to do with cowboys, mountains, and horses. She is channeling her love for reading, into the next logical step, her passion for writing— all things romantic, including a good looking cowboy. She believes in love at first sight and happily ever afters. Her goal is to write books where you can emotionally invest in the characters and transport yourself to their world. If you enjoy romance stories with a strong male character and a smart, independent woman, her books are a must-read.

Christina lives with her cowboy husband, who saved her from city life and their two children on their patch of land with horses and a few cattle.
You will usually find her reading if she is not busy writing about a new family of characters in other romantic stories.
I was compensated via Fiverr for sharing this post. I only share those books that I feel will be of interest to my readers.
Posted by Andi at 2:00 AM