OK, fans of science fiction, we have a multimedia post for you today. Well, sort of. You're going to get to take a look inside of Neurogarden, the new book from Bryon Vaughn, and then find out what his Top 10 Sci-Fi movies are on Netflix for your streaming pleasure. Be sure to compare your own list in the comments and then follow the tour for more interaction. Plus there's a great giveaway at the end! 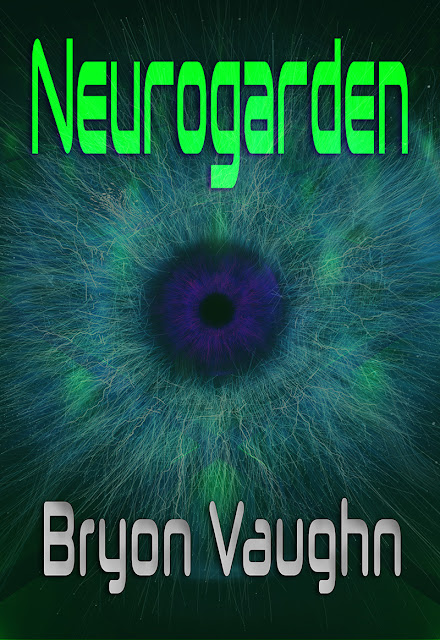 Where can you run when there is no place to hide?

Brenna Patrick is a brilliant technologist specializing in neural-cognitive functions and AI. She has cracked the code to solve one of the most troublesome problems in the field, and turned that into the multi-billion dollar NeuralTech Corporation.

Working quietly with the U.S. Department of Defense, NeuralTech is poised to leapfrog the competition with a revolutionary system for tracking people, starting with the world’s most wanted terrorists. But there are only so many terrorists in the world, so who’s next?

When a pair of Columbia graduate students, Jenny and Leo, stumble on the dark secret of NeuralTech’s success, it kicks off a tense game of cat and mouse. As they fight to defeat the powerful forces arrayed against them, nothing less than the fate of humanity hangs in the balance…

NEUROGARDEN is a roller-coaster ride of a thriller, one that will have readers pondering the nature of memory, and of reality, long after they've read the last page.
Read an excerpt:

In a lonely pod on the 77th floor, Jenny floated. The only indication of life was a slow, rhythmic sway as the blue feeding solution swirled through the chamber, pushing through her body and out into the next in the chain. Her eyes closed to the world around her, a world she could no longer sense or interact with in any tangible way. Her body was there, but her mind had joined the others, and despite her ongoing confusion, she was now a resident of The Garden.

Her connection to the others came in ebbs and flows, their memories, their thoughts crashed into her own like waves on a distant, rocky shore, smashing at each other in an indiscernible mashup of sensation. In a moment of clarity, she wrapped her mind around her situation, how she had wrestled to free herself, the needle had plunged into her arm, the slow, sweet descent into slumber. Though the silent lucidity was fleeting, chased away, replaced by another barrage of brainwaves from the others.

Somewhere in the melange, the chaotic furor of a thousand minds, there was a single voice, some kind of controlling singularity. Commanding attention, its words marshalled the disparate collective of thoughts, ever so briefly, into a cohesive direction.

--Welcome to The Garden.

"Who are you? Where is this place? Why am I here?"

--Time for that later. First, you must learn the rules.

In these days of quarantine and isolation, Netflix has been a terrific way to pass the time and not feel quite so alone, and what’s a better way to spend a day--or a weekend, or who knows how long--than watching some awesome science fiction? Here are the top ten movies that I wholeheartedly recommend for any fan of the genre.

This is a quirky peek into the minds of real characters, with real passions. The premise of time travel places it squarely in the sci-fi space, but this movie is so much deeper than most time paradox stories. If you like getting to know your characters thoroughly, this is a great way to spend a couple of hours. Be sure to watch it with somebody. The conversation after will likely be just as interesting.

Charlize Theron as an immortal warrior kicking ass is all I needed to jump into this movie, and boy was it satisfying. Fantasy, sci-fi, action, this movie has it all, presented in a slick package that will leave you hoping this is the beginning of a series of movies about these characters.

I have no idea why this movie catches so much flak from people. Sure, it is over the top, and can be a little trite in ways that makes sci-fi aficionados cringe, but it is still an enjoyable two hours. It is kind of like Luc Besson’s The Fifth Element mated with the Chronicles of Riddick, but don’t let that scare you away, they produced a decent offspring.

Sexy, kinky sci-fi splendour. This is one of those movies that will get you thinking about ethical science, and whether humans should be playing God. You know, the usual fare for a biological sci-fi story, but it takes it in a really messed up direction. People love or hate this movie. I don’t know what it says about me, but you can put me in the love column.


#6 - Eternal Sunshine of the Spotless Mind

This is a quirky gem of a movie that leaves us with a lot to think about long after it ends. I still wonder what it would be like to erase somebody from my memory. Would it make things better or worse? This is another one that you must watch with somebody. Maybe watch it early and then enjoy discussing the depths of love, reality and existence over a bottle of wine.

Filled with over the top violence, action, and gratuitous bug guts, this movie delivers a non-stop assault on the senses. Despite all of the violence, this movie has a terrific sense of humor, and feels like a comic book come to life. Don’t come here to think, just turn off the brain and enjoy.

This movie was so heralded when it was released, but it somehow flew under my radar. I saw it, and didn’t really see what all of the fuss was about. Over time, however, Snowpiercer has grown on me and I return to watch it at least once a year. The whole premise of a dystopian world, complete with social strata, all on a single train barreling endlessly across a desolate planet is genius.

I can’t explain what this movie is about, not without giving it away, but suffice it to say this is one of the most unique flicks you will see in your lifetime. Another movie that gets you thinking, and John Malkovich is a legend for both his performance, and for inspiring the writer so completely. I would love to see a series of movies like this. Let’s make the next one Being Charlize Theron.

The movie that started it all. While dystopian futures have been around in sci-fi since its inception, this iconic entry brought it to film in a way that few others had before it. Don’t let it scare you, while we are all trapped in our homes hiding from the ‘Rona, that the Mad Max world is set in 2021. I’m sure it is just a coincidence.

How can I not make the number one movie something by Phillip K. Dick? Arguably, Total Recall is one of the best adaptations of a Dick story, and as one of the most beloved authors in the genre, I think he is well served by this one. Humor, action, Arnold, what more do you need? 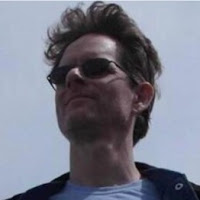 Ever since reading Douglas Adams back in my formative years, I have had an interesting relationship with humor, science fiction, and technology. My first computer was a TI-99/4A, so yeah, I’m old, but only until scientists have cracked the code on transplanting our brains into shiny new vessels.

My body may be showing signs of wear, but I’m keeping my brain tight.

When I am not dreaming of far off worlds and writing, I am living a semi-normal life working in New York City, and watching movies with my wife and her spastic cat, Moss.