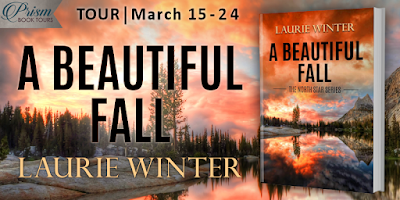 On Tour with Prism Book Tours
Welcome to the book tour for A Beautiful Fall by Laurie Winter! It's the second book in her North Star series, which mixes contemporary romance with a thriller in a small town. I have an exclusive excerpt for you to enjoy today, plus I am sharing my thoughts on both books in the series. Be sure to check out the rest of the tour for even more. Best of luck entering the giveaway at the end! 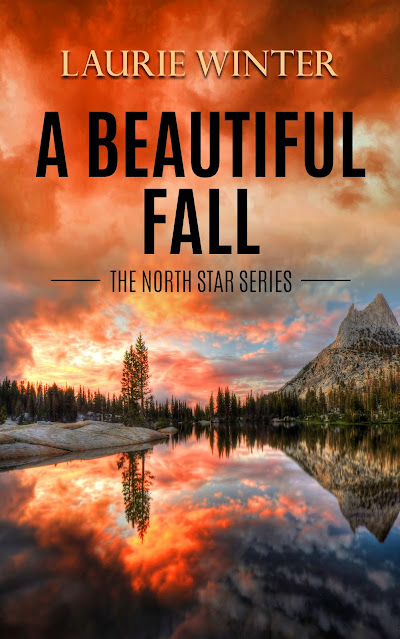 He resists putting down roots. Fear keeps her planted in place. By opening their hearts, they could offer each other the world.

Nina Pettit left behind fame and trauma when she moved from Boston to Polaris, Utah. She changed her last name and went into hiding to enjoy a quiet life. Instead of performing on stage as a professional cellist, she now teaches music to children. When a handsome traveling private duty nurse arrives to care for Nina’s elderly neighbor, she finds herself drawn to the charming man.

Colin Moynahan’s rough boxing days are long behind him. His job as a private duty nurse allows him to travel the world. While working in Polaris, he’s introduced to Nina, and an attraction ignites. As he learns about her past, he promises to care and protect her for as long as his temporary stay in Polaris allows.

But when innocent flirtation turns to deeper feelings, the lines between them blur. Colin has resisted establishing roots while Nina’s fear keeps her firmly planted. As threats to Nina reappear in the form of the man she’d help send to jail, Colin returns to fighting mode, willing to sacrifice it all for the woman he loves.

“Being a caregiver has made me a very good listener. I also respect confidentiality, so if you feel the need to talk…” Colin nudged her leg with his knee.

After about a minute of silence, she blinked a few times to clear her eyes, then shuddered out a breath. “I had a stalker…an ex-boyfriend. After he was sent to jail, I left Boston.” Nina wrapped her arms around her body and rocked slightly. “All my family cared about was the scandal and gossip I’d caused.”

A stalker… No wonder she acted guarded around others. He hated men who placed their own desires ahead of respecting a woman. And then during and after her ordeal, she lacked support from family. “Loved ones can inflict the most painful scars.”

Nina lowered her head and rested it on his shoulder. “I left everything behind and changed my last name to start a new life.” She wiped her eyes with the sleeve of her sweater.

“Which was extremely brave.” Being near Nina produced a heady dizziness. Touching her made his heart pound like he’d finished a race. He struggled to catch his breath. “You’re a fighter and a survivor. That’s something you should be proud of.”

A small smile tugged at the corners of her mouth. “Products of trauma mixed with a dysfunctional family.”

(Affiliate link included.)
Goodreads | Amazon
**My thoughts**
First, let me reassure readers that this book works as a standalone. I did have the opportunity to read the first book in the series, which is about the relationship between Celia and Luke, but you do not necessarily need to know those details in order to enjoy this one. However, I always do recommend reading other books in a series to better appreciate the characters who appear throughout.
We met Nina briefly in the first book, knowing that she was a neighbor of Celia and Luke, a good friend of the other women in town, an accomplished musician who taught music, and a hint at her past of being kidnapped. Details were not necessary in that story, but we get them in this one, of course.
She is rightfully wary of meeting anyone new, yet this new man in town, Colin, is very intriguing and attractive. He's taking care of her friend and neighbor while she recovers from hip surgery and seems to also have his sights set on Nina. The only problem is, he is a traveling nurse with an itch to see as much of the world as he can. He isn't used to setting down roots. But for Nina, you can see the wheels starting to turn in his mind about figuring out something to be with her.
Similar to the previous story, the main characters are attracted to each other, but realize that they have some major obstacles in their way to making this relationship work out. It's all about how much they want to be with each other and a willingness to compromise and to deal with the present and to let go of the past. Throw in the added complication of Nina's crazy ex, Erich, and you get a bit of a thriller with this contemporary romance, one that will keep you up late reading as I did.
I have some thoughts as to who the next person may be to find love in this series. I look forward to seeing if I am correct.
I received a requested complimentary copy of this book. All thoughts and opinions are my own.
Other Books in the Series 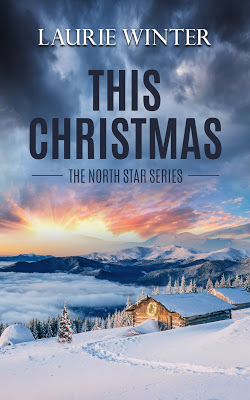 Celia Batista waited a long time for all three of her sons to be together for Christmas. But after one of her identical twins disappears without a trace, Celia must rely on Police Captain Luke Veldkamp for help. Despite Luke’s accusations that her other twin son is involved with organized crime, she falls for the handsome, Stetson wearing cop.

Luke Veldkamp is facing his first Christmas after the loss of his wife, working nonstop to avoid the holidays and his grief. His daughter, who’d moved home to care for her mom before her passing, pushes him to face his pain. Luke pushes back, telling her to return to college and regain her own life. If his own strife isn’t enough, the mission to locate the missing son of his beautiful neighbor grows more personal than any other case.

While Luke and Celia fight to keep their families from falling apart, they find comfort and strength in one another. And when love blooms between their children, Luke and Celia’s own relationship takes root and grows. But Celia is used to living on her own terms, and loving a man who has isolated his heart is a risk too great. Now, Luke must either confront his emotions or face a life without the woman he’s come to love.

(Affiliate link included.)
Goodreads | Amazon
**My thoughts**
This is the first book in the North Star series. And while it somewhat sets a foundation for the rest of the series, it does work as a standalone and it is not necessary to read it before moving on to the next book in the series. However, I think you will enjoy all of the books more if you read them all. I did read this one first.
In this one, we meet Luke, a widow about 11 months out from losing the love of his life. Across the street is Celia, a feisty woman who has been widowed for 14 years. Luke's daughter is grown; Celia's boys are now grown, but she raised them on her own. They have known each other for a few years, but nothing much more than passing acknowledgements.
Luke is a captain in the local police department and finds himself getting involved with Celia and her family when her boys come to town for the Christmas holiday and one's involvement in a crime family comes to light. He also finds himself attracted to Celia and doesn't know what to do with it. He's still raw from losing his wife, but he also knows at some point, he could move on in life. It's completely understandable. I'm about the same age as these characters, and I don't know what I would do if I had grown children and was already widowed, though I have friends in that position.
Luke is frustratingly stubborn at times, convinced that he knows what is best for everyone, even when he is clearly wrong. But I appreciate his turmoil because that felt so much more realistic. Celia also has her frustrating moments at times, with her quick temper. At the same time, it's the stubbornness on both sides that makes these two a perfect match. They just have to give into it and let it happen in its own time.
There's also a bonus romance in the making in this book.
So you have an interesting contemporary romance brewing (okay, times two) with the additional thriller aspect of the organized crime issues affecting Celia's family. I was unexpectedly glued to my Kindle to finish this one and then immediately started the second book in the series. I'm intrigued by the people in this town and enjoy their banter and relationships with each other. I look forward to learning more about the rest of them in later installments.
About the Author 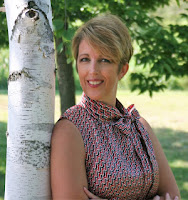 Laurie Winter’s head has always been full of stories. Then a dream gave her the inspiration to put her thought into written words, sharing a part of her heart and soul. Now, she creates authentic characters who overcome the odds and find true love. She lives in Wisconsin with her husband, daughter, and rescue dog. Please connect with her on Facebook, Twitter, Instagram, and Bookbub. 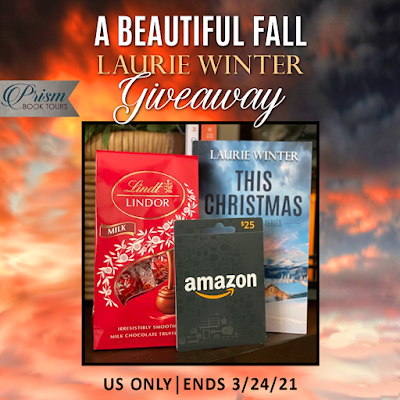 One winner will receive a print copy of This Christmas or A Beautiful Fall (winner's choice), a $25 Amazon gift card and a bag of Lindor milk chocolate truffles (US only)