Pytiria: The Immortal by Nikki Haffner

5*s "I couldn't put this book down, it was soooooooo good. I could go on and on about it, but trust me if you buy this one, you won't regret it. It was great read." - Amazon Reviewer 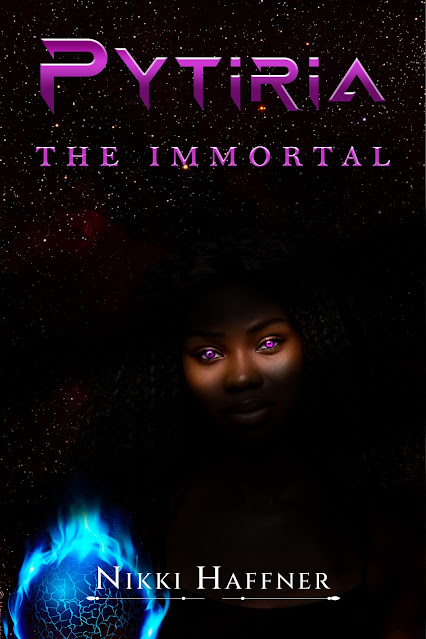 By the year 2270, the Earth has become nearly uninhabitable. Humanity delayed their efforts to repair the damage caused by climate change far too long, and the intergalactic community has taken notice. The Necia, an aggressive and advanced alien race, decide the time is right to invade Earth, insisting they are merely asserting control over a troubled solar system that is rightfully within their proclaimed territory. Given the choice between total surrender or being massacred by a superior enemy, the humans decide to make a last-ditch effort to prevent the invasion by turning to the most dangerous person on the planet for help.

Pytiria is a powerful, 5,000-year-old immortal. She once took over much of South and Central America in a bid for world conquest, before she was betrayed and stripped of her powers, her freedom, and her memories. She has spent the last 300 years in a secret government facility, isolated, drugged, and experimented on. Now, she may be willing to forgo revenge and try to save Earth, if they return her memories—and pay exorbitantly for her services. Her tech-savvy side-kick, Gordy Franklin, and their military handler, Lieutenant General Cruz, travel with Pytiria to the first human outpost in the path of the Necian fleet to make their stand.

About Nikki Haffner
Nikki Haffner (she/her) was raised by her grandmother in rural California and moved to Vancouver Island in British Columbia, Canada with her husband and child in 2017. She has been writing stories since the age of 8, and has always dreamed of publishing a novel. When she’s not writing or podcasting, Nikki enjoys hiking in nature, playing with her dogs, and tabletop gaming with her friends and family.

Nikki writes authentically, blending imagination with her lived experience. She identifies as a Black, cis-gender, polyamorous, pansexual woman. She is a proud member of the LGBTQIA2+ community and tries to write fiction that is inclusive for everyone.

Writing Pytiria is just the first step for Nikki. She looks forward to continuing the Pytiria series, as well as publishing a variety of books in numerous genres moving forward.

I was compensated via Fiverr for sharing this post. I only share those books that I feel will be of interest to my readers.