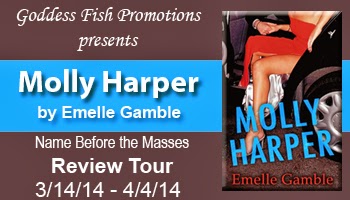 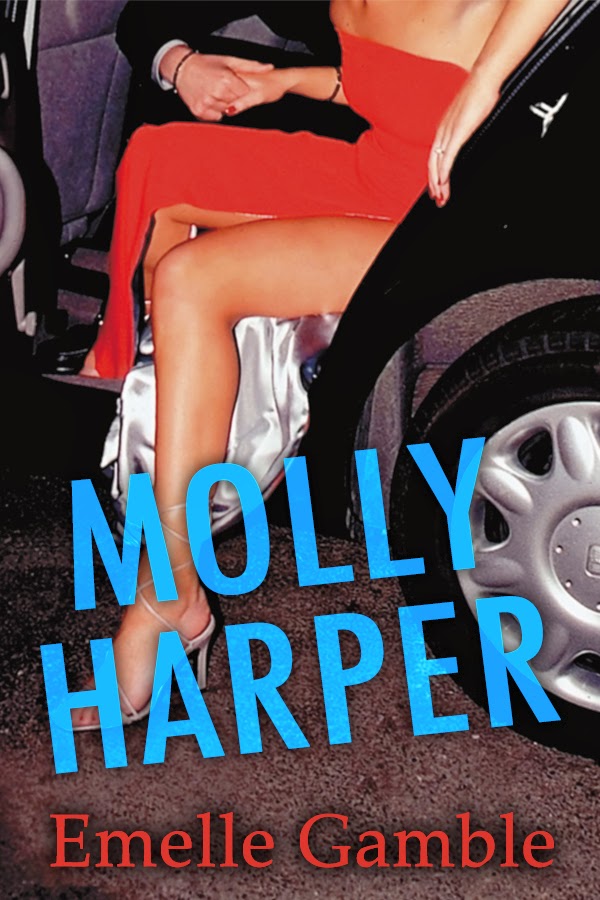 One person's major life decision is going to snowball and affect other people's lives. Secrets compound this effect. All three of these women are keeping a secret. Each one's secret has tremendous implications for when it is revealed, yet the truth must be known.

This book is filled with ups and downs in its emotional journey. All three women are very likable. Anne is the doting friend and mother who is compelled to do the right thing. Norma is protective. Molly is very down-to-earth, despite her extreme fame. We get to know each of them quite well and share in their happiness and pain.

The story is well-written and keeps you glued to the Kindle for the duration. Prepare to lose some sleep and keep a box of tissues on hand!

When the doorbell rang, Cruz Morales froze. Carefully he set his beer down and glanced out the kitchen window.

He walked to the front entrance of Norma’s house, leaving the pan of chicken and tarragon burbling on a low burner. The soft sounds of Santana playing on the stereo in Molly’s room floated toward him on the evening breeze.

“Officers.” Cruz wiped his hands on the dishtowel he’d stuck in the waistband of his jeans.

The policemen’s faces changed from officious to wary at being confronted by a six-foot-three Hispanic male with a ponytail, tattoos and two gold rings hanging from his right ear.

His bulging biceps beneath the soft old t-shirt didn’t help their comfort level.

Cruz put his hands on his hips and waited. He knew he looked threatening, ugly even, with the scars and disfigurement to the left side of his face.

But he didn’t mind how he looked. Ugly scared people, and kept them away.

“Can I help you?” He reminded himself not to move quickly. He’d ended up spread-eagled on the ground more than once in his life for spooking a rookie gringo.

“Is this the Wintz home?” The older of the two men spoke, his right hand on his nightstick.

“Yes. It is.” Cruz offered nothing more. He learned over the years that the best way to protect Molly’s privacy was not to give out gratuitous information.

The cop cleared his throat. “May I ask your name?”

“Is that your vehicle out there?” The younger police waved toward the truck in the driveway.

The police looked at each other. “We’ve been trying to contact Miss Molly Harper by phone, but she didn’t answer her cell,” the first cop said. “Is she here?”

“I’m afraid I need to save my information for Miss Harper.”

“Cruz, who is it? Is it Mr. Garcia?” Molly hollered from her bedroom.

“Come in.” Cruz stepped back. He turned and called out, “Molly, there are two policemen here who want to see you. Get dressed and come out here.”

The young cop smirked as he walked by Cruz. He had red hair and freckles, and his shirt was about an inch too big around his skinny neck.

Cruz lifted his chin. It was obvious the rookie knew who Molly was, and was busy imagining her getting dressed.

“Take a seat in the library.” Cruz pointed. “It’s right through the archway there.”

Cruz watched them walk across the foyer, their black boots squeaking on the tile.

He didn’t mind that the cop got his name wrong. It was typical arrogance. But Cruz began to feel dread build inside. It always happened when he wasn’t sure what would happen next.

He opened the front door and checked the driveway and yard. There was nothing outside that indicated any of the media assholes were sniffing around yet. His truck was blocked in by the patrol car, but no other vehicles were in sight.

Molly hurried down the hallway. “What’s wrong? Why are the police here? Did Mother call?”

Her face was shiny and red from crying. She looked like she was seventeen, he thought. The age she was when he first fell in love with her. He didn’t remember a lot of things from his past, but he always remembered that.

Cruz closed the door. “No one called the house. But the police said they tried your cell.” He took her left arm gently. “Let’s go see what they want.”

“God, do you think something’s happened to Mother?” Her eyes were wide with panic.

She didn’t move for a moment, and then she put her arm around his back and leaned against him.

Molly was trembling. Cruz knew there was no way to protect her from whatever was coming. But at least he was here.

Because she called me.

Because she needs help.

Everything in his life had changed over the last three years. Everything except that. Cruz squeezed Molly closer and guided her into the library.

“This is Molly Harper,” Cruz announced. “What’s going on?”

Emelle Gamble was a writer at an early age, bursting with the requisite childhood stories of introspection. These evolved into bad teen poetry and worse short stories. She took her first stab at full length fiction in an adult education writing class when her kids were in bed. As M.L. Gamble, she published several romantic suspense novels with Harlequin. She has contracted with Soul Mate Publishing for Secret Sister, published in the summer of 2013, and Dating Cary Grant, a March 2014 release.

Once and Forever, an anthology which includes the novella Duets, came out on November 1st. Molly Harper, a full length novel starring the characters from Duets 3 years later was released by Posh Publishing in January.

Emelle lives in suburban Washington D.C. with her husband, ‘Phil-the-fist’, her hero of thirty years, and two orange cats, Lucy and Bella. These girls, like all good villains, have their reasons for misbehaving. Her daughter, Olivia, and son, Allen, are happily launched on their own and contributing great things to society, their mother’s fondest wish.