Years ago, I read an article by Carol Ekarius in Alternative Medicine called “Welcome to Nano World.” Carol wrote, “The very things that make nano particles so useful -also make them potentially dangerous.” I remember being fascinated and terrified. As an acupuncturist, I try to be mindful of what I put into my body. I set out on a quest to answer the What Ifs. What would happen if these small particles invaded the body without our knowledge? What if someone could tap into our brain and control our actions? Who would have the courage to stop it?

Do you have plans for any more sequels? If so, may we please have a sneak peek?


I’ve just finished tweaking the 3rd book in The Chemical Attraction Series, Their Rigid Rules. This romantic adventure about Joe’s sister Taylor and her now husband, Stuart, is the prequel to the first two. I wrote it years ago. Although Joe is a secondary character in the prequel, he has an important role. He had stayed in my head until I gave him his own story with Chemical Attraction and Chemical Reaction. On the surface, Joe’s a player. Deep down, he’s searching for his soul mate, the one person who will love him for his faults, not in spite of them.

What is one of your favorite things about this book?


I wanted Joe and Madeline to feel an instant chemistry and have that single defining moment … that instant when you realize you love this person whether you’ve just met or you’ve known each other for years. I like that Joe and Madeline work together from the beginning…Them against the World. They learn throughout the series that their scars make them who they are and what they love about each other. The healing power of Love is incredibly profound.

How closely did you get to work with the cover designer?


I helped the publisher find the mock ups for Joe and Madeline on Chemical Reaction’s cover art, but Ravven did a wonderful job with the models and the background yacht. If you look closely, Ravven visually tells the story. Visit 48fourteen’s web page to see her other amazing book covers.

What are the elements of a successful romance thriller?


I think the romance and action should feed off each other creating the suspense. Joe loves Madeline. His actions reflect that emotion intensifying the decisions and choices he makes to find Madeline.

Why are we drawn to this genre as readers?


I think we’re drawn to thrillers that flesh out a deeper understanding of the characters, which, in turn, pushes toward intriguing dimensions of the plot. As in true love, Madeline would never ask Joe to choose her over his career; and Joe doesn’t want her to sacrifice her life for him. In this spiral of circumstance, they each put the other first moving the story forward. Which comes first in romantic thrillers? The Chicken or the Egg? Or, in this instance, the Character or the Plot?


I’m outlining the fourth book in the series, which picks up two weeks after the third. I love these characters and the bonds they have with each other. Joe unofficially helps his future boss, Director Bingaman with a case; Eva visits her new boyfriend and future husband, Matt, and his son, David, and meets the Allenton townsfolk; and Taylor and Stuart deal with the fallout from Their Rigid Rules.

How does your work as an acupuncturist affect your writing?


I believe there are similarities between Traditional Chinese Medicine (TCM) and my series. TCM strives to balance the mind, body, and spirit. I think our souls crave it. In the series, Joe struggles to find that balance. He’s found the Yin to his Yang with Madeline, and he’ll do whatever it takes to protect her and their connection.


My son, who’s in the Air Force, suggested as a joke that I skydive with him. He considered doing it. I called his bluff. It’s now on my bucket list.

Where can readers find you and your work? 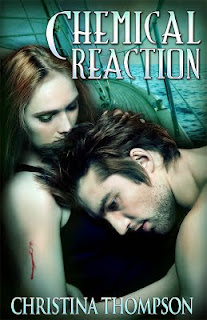 In Chemical Reaction, the sequel to Chemical Attraction, FBI Agent Joe Roberts and his fiancée, Dr. Madeline Pierce, must track down a rage-producing nano-drug before it devastates the nation.

Staying in Detroit with the FBI, Madeline works to develop an antidote from the confiscated journals. She clashes with the women from Joe’s past. In West Michigan, Joe hunts for the bio-weapon. With a history as a player, he’s worried his relationship with Madeline is at risk. Working apart, they attempt to focus on the threat.

Before Joe returns, agents are killed, Madeline is abducted, and the deadly nano-drug is put on the market. Without the journals, the mastermind needs Madeline to reproduce the drug.

While she plays a dangerous game of deceit, Joe struggles to put his fears of losing her aside to find the weapon first. Her life, their future, and the nation’s security are in jeopardy. Joe must now choose between his personal desire and his professional integrity. Can he live with the consequences?


Joe trekked to his car and drove to his apartment. He carried all of the gifts bags, her stuffed Saint Bernard, her suitcase, and his duffle bag to the elevator. He met the head of maintenance as he stepped onto the third floor. Too tired to confront him about opening his apartment to Victoria without his consent, he silently let himself inside and dropped everything in the middle of the room.

He loved his home. His sisters had helped decorate it. He and his brother-in-law, Stuart, hung out and played video games. But tonight, his apartment was an empty shell. He understood why Madeline hadn’t stayed. To have her find a woman in his bed was not how he wanted to start their new life together. Would they have a life together?

In the bathroom, he scrubbed Madeline’s ring and necklace with a spare toothbrush until every bit of soot had been removed. After a shower, he slipped the ring onto the necklace and then put it around his neck hoping to feel her energy. He felt despair. His or hers?

Opening the bedroom door, he saw the unmade bed and a red stiletto on the floor by his blinking answering machine. With a groaning shout, he ripped the comforter, sheets, and mattress pad off the bed and threw them into a pile. Not caring who had left messages, he flung the machine across the room. It hit the wall and shattered. Sitting on the naked mattress, he bent over and rubbed his eyes in frustration.

Was this payback for his past transgressions? As a player over the years, he had hurt many women. Now, all of their pain, hate, and sorrow hit him in the chest with such a profound force he had to gasp for a breath. Bitter anguish gnawed at his heart as he thought about ruining the only relationship he wanted, needed, craved, and may never have. Without her in his life, he didn’t think he could recover. He wasn’t sure he wanted to. Joe slid to the floor and cried. 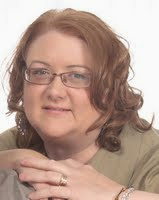 Christina Thompson, a retired acupuncturist, enjoys writing about the physical science, the emotional workings of our mind and heart, and the spiritual energy that taps into our passions.

Her degree in biology from Nazareth College in Kalamazoo gave her a love of science and a background into the physical realm of the body. Her diploma in Traditional Chinese acupuncture from Midwest College of Oriental Medicine taught her that the mind and spirit affect the body in powerful ways.

She teaches at the Reflexions Plus Holistic Center on many topics including massage therapy, acupuncture, Feng Shui as well as other modalities of Chinese medicine. She currently resides with her husband, Kraig, in West Michigan.

Reviewing a 48fourteen novel? Don't forget to post your review at www.48fourteen.com for a chance to win a $50.00 Amazon Gift Card.

Enter the Rafflecopter below to win an ecopy!