Of Eyeballs and Artists: Why a Good Cover Matters by Ellie DiJulio, Author of 'The Transmigration of Cora Riley'

Of Eyeballs and Artists: Why a Good Cover Matters

Humans are fascinating creatures. Just look at your eyeballs (not literally – don’t hurt yourself). They’re massive compared to those of other critters. Over thousands of years, our eyes have gotten larger and more complex, allowing us to parse increasing amounts of visual information faster.

You’ve heard a picture is worth a thousand words; it’s been said so often it means practically nothing. But if I say that we process images sixty thousand times faster than any other stimulus, I bet I’ve got your attention.

Okay, so for the eleven of you still awake, here’s the point as it relates to books.

Since humans are so sight-oriented, having the right book cover can be the tipping point between bestseller or bargain bin. Because the image on the front isn't necessarily about the story; that’s secondary. It's about grabbing our attention, sending a jillion packets of data to our brain for a judgment call before we even grasp the title.

This means that authors must work closely with their artists to design an image that’s relevant to the story and also undeniably attractive to our hyper-powered visual processor. It’s the best, most reliable way to get their work into a maximum number of hands.

That’s why, when it came time to prettify The Transmigration of Cora Riley, I had a hard think about how to approach it. I’d designed the covers for Inkchanger and Time & Again myself, using crude Photoshop skills, and they came out okay. But this time, I felt like I needed an actual artist. My gut said the stakes were too high with this book to wing it on my own. I needed somebody who could take my vision and run with it, giving Cora Riley the gorgeous cover it deserves.

Two months and a $2,500 crowdfunding campaign later, and I’d hired Desiree Kern – art deco and fantasy artist extraordinaire - to paint up a masterpiece. And holy crap did she come through. 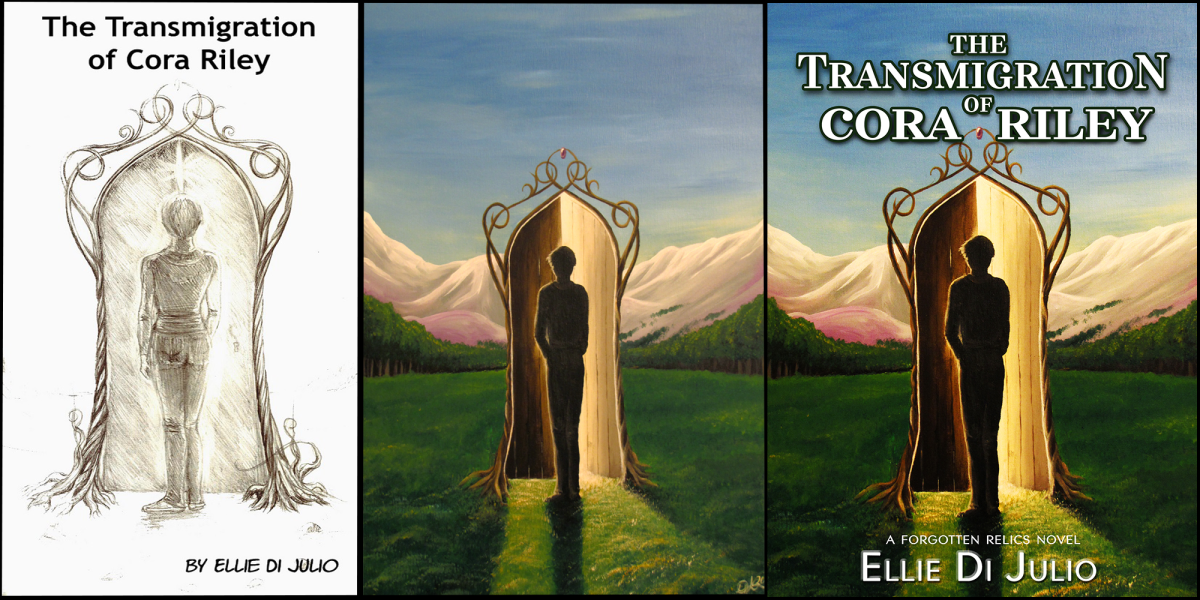 Lots of folks have asked me if hiring a professional cover artist is worth it for a self-published author, particularly when most sales are digital. Let me just say that even before the book launched, I had easily ten times the interest in Cora Riley that I did for any other I’ve published – the ones with covers I slapped together myself. All solely based on Desiree’s design. I literally had someone on Facebook comment on the image to say, “SHUT UP AND TAKE MY MONEY.”

Worth it? The eyeballs say yes. 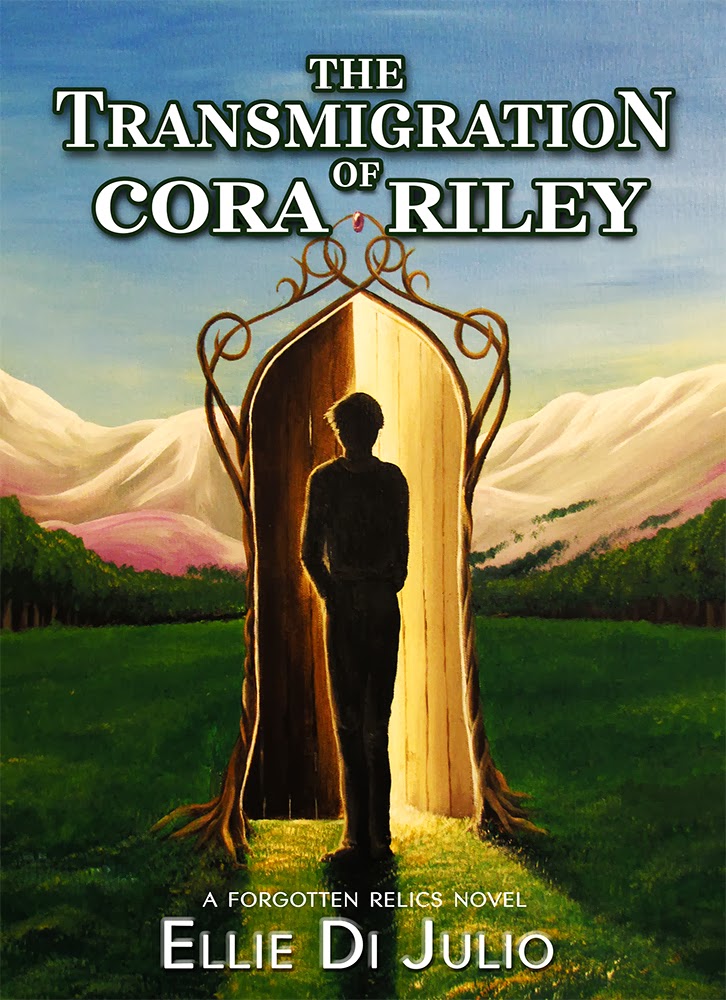 After thirty boring years, nothing about Cora Riley’s life has measured up to her childhood dreams of being truly extraordinary. It’s too bad that the night she decides to seek out her specialness she crashes on a rural highway.

Cora wakes in the clutches of the Mistress of the underworld who sets her a seemingly impossible quest. If she wants a second chance at life, Cora must find her way through the dozen heavens and return to the castle in three days.

With the help of an unusual guardian angel named Jack and a little boy named Xavier, Cora navigates the afterlife doorfield and quickly learns that gods and monsters are very real indeed. Terrifying and tempting obstacles litter her path; only the power of belief – in the Otherworld, in her companions, and in herself – will return her to the land of the living.

Once upon a time, there was a chubby little girl with red hair and freckles who thought the world was a magical place where anything was possible. Her daddy taught her to believe in faeries and to see what's really there. Her mommy taught her that everyone has something special about them and that she could grow up to be whatever she wanted. She played outside with her friends, did well in her studies, and daydreamed whenever she got the chance. She was strong and fierce and trusted that everything would work out fine even if she didn't know how.

Everything did not work out fine.

As she changed from little girl to grown woman, the world also changed. The magic gradually drained out of her life. Faeries were for children. Lovers consumed her thoughts. Career choices loomed. And when Death knocked at her mother's door, she decided not to leave her small town. Her dreams of traveling the globe to experience the vast riches of life evaporated.

The woman settled down with a suitor who wanted the things she knew she should want. He bought her flowers, had a good job, and was loved by her parents. He made sure she never wanted for anything. They planned a life together. She grew comfortable in their love and in the soothing routine of their life.

Then one day, the woman realized that she'd let thirty years slip past. None of her childhood dreams had come true. She wasn't the special star she'd always believed she'd be. Her life had become monotonous and painfully average. She wondered where the magic had gone and if it was too late to find it. The more she noticed that it was missing, the sadder she became, and the further she drew into herself.

Her lover didn't understand. When she asked him for help, he selfishly turned away and rejected her. Now she would have to face the world alone. To her surprise, this didn't upset her as much as she thought it would. He was a good man but not good enough.

Perhaps things would work out fine, after all.

And so she packed her things and drove away from her home in search of the missing magic. She didn't know where the road would take her, who she would meet along the way, or if she would find what she was looking for. All she knew was that the time had long passed for her to have an adventure. 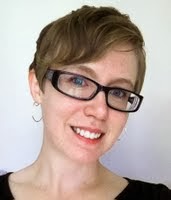 Ellie Di Julio is a nomadic writer currently living in Hamilton, Ontario with her Robert Downey, Jr. lookalike husband and their three cats. Between nerd activities like playing Dungeons & Dragons or watching Top Gear, she enthusiastically destroys the kitchen and tries to figure out what it's all about, when you really get down to it. She also writes urban fantasy novels riddled with pop culture references and sexy secret agents.

Her first novel, Inkchanger, could easily be considered Forgotten Relics #0, and as such, rewards readers of the rest of the series, sort of like watching Thor before The Avengers. Her second novel, Time & Again with Kyeli Smith, has nothing to do with super powers or secret agents but is very cool nonetheless.