'Anything But Safe (The McGregors)' by Moira Keith 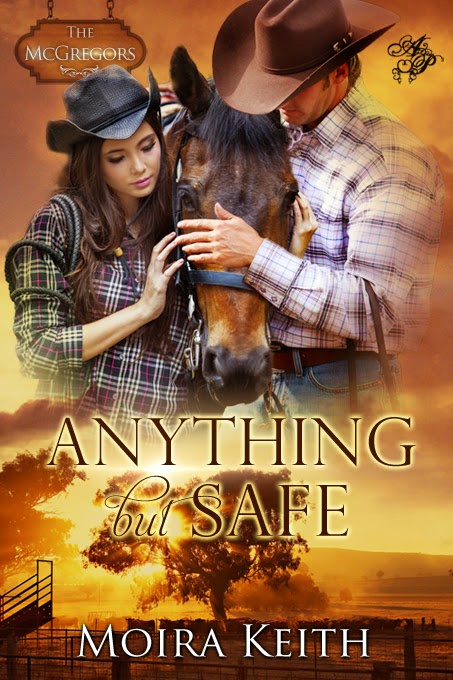 Wallace "Ace" McGregor ran off to chase the rodeo, but not before playing the knight in shining armor to his best friend Cheyenne Murphy after a tragic assault left her pregnant. With his latest injury leaving his chase for rodeo gold in the dust, he finds himself back home. haunted by the past and trying to do what he thinks is right, he will have to mend his relationship with the best friend he all but abandoned in her time of need and the older brother he left holding the bag.

Cheyenne Murphy's life hasn't been easy. And with Wallace back on the ranch, keeping her feelings at bay is a challenge like no other. When Garth Sawyers, the man who left her broken and pregnant, resurfaces and threatens to destroy the safety and family she's found with the McGregors by taking her son, she will do whatever necessary to ensure they are all safe, even if it means relying on the parents that disowned her.

When everything is on the line, will Wallace and Cheyenne come to realize that in life and love, they are anything but safe?


Cheyenne woke, pain throbbing in her head. It was dark and scenes from the market came back to haunt her. Screw Garth. Every time she'd start to forget and feel normal again, everything about that night came flooding back. Tightness in her chest made it difficult to breathe. Anxiety washed over her and she sat straight up in the bed. "Holden!"

She knew the voice penetrating the darkness. Familiar, soothing, and there to ease her fears - just as it had been every other timethe nightmares interrupted her sleep - even during the times there were miles of road between them. "Wallace?"

The lights flared to life and Wallace sank down beside her on the bed. She stared down at her lap and twisted the sheet between her hands. "Why're you here? Where's Holden?"

She felt bad for the harshness of her tone. Knowing Wallace saw through her attempt to push him away didn't excuse the action. "Sorry."

The bed dipped, his weight tipping her slightly toward him, as he shifted to face her.

"Holden's in the year with Quinn. He's fine.: He placed his arm on the other side of her legs, where they stretched out beside him.

She couldn't look at him. Didn't want him to know how shook up she was, or what had taken place at the market. With his free hand, he tilted her chin up so she had no choice but to meet his gaze or act like a child and keep her eyes closed.

"Care to tell me what's going on with you?"

The concern in his gray eyes was enough to make her want to crawl up on his lap and cry, as she'd done so many times in the past. But she couldn't. Not this time.

"What? How could you..." Crap. Holden was a smart kid and had seen the man. Not to mention Maggie, who would usually take a secret to the grave, wouldn't have kept Garth's reappearance in Asheville quiet. If Mr. Johnson was bothered enough to come over, he would've made sure word got back to Wallace. Whole town probably knew about the incident by now. Small towns were filled with gossip mongers.

"Don't be made at Maggie or Holden." He ran his thumb along her jawline.

She didn't say anything. Couldn't Eight years ago, Garth hadn't been pounded to a bloddy pulp by the McGregor boys due to her pleading for Wallace not to leave her side. The stakes were different now, though. She wasn't blood, but they'd do what it took to protect her and the boy they felt was rightfully a McGregor. 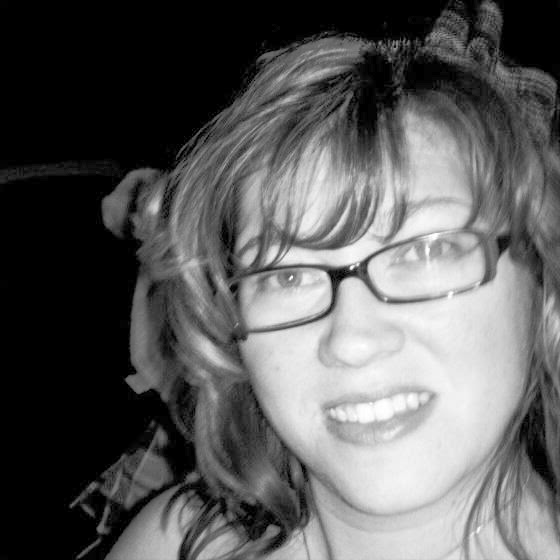 Moira Keith is a lover of shoes, a connoisseur of Guinness, baker of cocktail-themed cupcakes, and an overall complete mess!

She lives in the glittering seas of neon known as Las Vegas with her twin zombie sons, three parakeets, and a turtle, but is a proud Texan by birth (and true Southern girl at heart).

Her stories are often filled with the magic of love and the mayhem that ensues, which always threatens to keep her couples apart. She writes paranormal romance, urban fantasies, and contemporary western romances.

As a writer, she envisions many worlds within the present. When she's not writing, her pastimes include hanging out with her boys, daydreaming, drawing, and reading so she can live vicariously through the characters her peers breathe to life. Indulgences? Why cowboys, vampires, werewolves and faeries ... oh my!