How to Make Your Writing Different by Robert Daicy, author of 'The Man Who Became Frankenstein's Monster'

How to Make Your Writing Different

There are thousands of books published every week in print and digital form, so how does one go about making sure their book stands out? It’s a tough question because there is some truth to the saying that all the stories have been told and there’s more people than ever before telling those stories in their own ways. Here, I’ll do my best to give some advice on how to make sure your writing stands out.

Every story may have more or less been told, but only you can tell your story your way. Finding your own voice and using it confidently in your writing is the best way to make yourself stand out. My voice tends to be straight forward, without a lot of fancy flourishes and I wondered if that was a weakness, but I found that people liked my style and I quickly gained confidence in it and know it works for me. It takes time to find your voice and even longer to gain confidence in it though.

You can differentiate your writing by writing stuff that is different from what is out there. It’s hard to break from the pack if you’re writing one of seemingly endless books trying to cash in on the latest craze. The downside is that it may take you longer to get noticed, but writing what truly speaks to you will benefit you more in the long run. Not only will you be artistically satisfied, but you don’t run the risk of having the trend you were chasing getting worn out and then wondering what you should do next.

As you can tell, the most important way to make sure your writing stands out is by being true to yourself because you are a unique individual and your writing should also be unique. This doesn’t mean that you won’t pick up influence here or there, but just make sure you’re not trying to write like someone else or write exactly what someone else writes. Write what moves you and write it as only you can and you’ll be on your way to distinguishing yourself from everything else that’s out there. 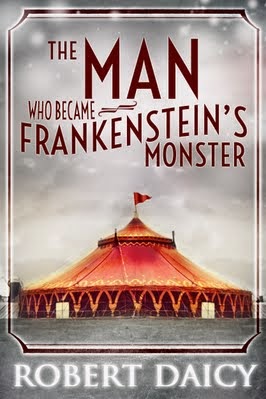 New York, 1926 - Anyone can make a good life for themselves if they are just willing to work hard for it. William Barker is such a man. He has a good job, a nice house, a son named James, and a marriage he is trying desperately to hold together. A tragic accident takes this life away and William finds himself alone in his house with terrible mental and physical scars that are a constant reminder of what happened. With no one willing to employ a man with such visible and disturbing scars, William is lost and has no answers for how to live his life. That is when he meets the man who will change that life forever, Roland Skelton, the owner of Skelton's Spectacular Traveling Carnival. Where others saw a man to be shunned, Roland sees a man he may be able to help. Roland convinces William to join the Carnival as the headliner of the ten-in-one. With the name Frankenstein's Monster, William is a hit with the paying audience and finds that being onstage is a release from his pain and guilt. In time, William realizes that those he works with understand him better than he could have hoped. While working at the carnival, William finds a new happiness, an enemy, purpose, and even love. The Man Who Became Frankenstein's Monster is a moving novel about a man who rises above adversity set against the backdrop of the golden age of the carnival. 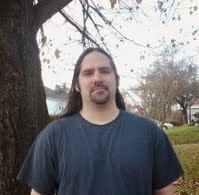 I have been writing off and on since I was eight and it has been something I have always loved to do and wanted to do for a living. I tend to write the stories I want to hear and sometimes those stories have a darkness to them on some level whether they are more suspenseful stories or drama. I like to jump around the genres because I do not want to get bored writing the same thing and because I have eclectic taste. I was born and raised in Maine and have lived there most my life and am currently residing in a Victorian house in Fairfield, Maine