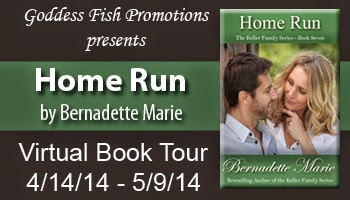 
The inspiration comes from the other 6 books in the series. This amazing family and how they are so tight. I think this is one of the hardest questions I’m ever faced with, because somewhere, before I even finished his parents’ story, I knew the fate of Christian. The hard part was waiting him out until I was ready to write him. Inspiration comes at me from everywhere, to pinpoint it is so very hard.

This is the seventh book in the series. Can it be read as a stand-alone, or do you need to have read all of the previous six?


I have been told by readers that haven’t read the other books, it stands alone. You can follow the family dynamics just fine. As the author I always say start at book one (and book one is free.)

Will this story be continued in an 8th book?


The 8th book is about Christian’s cousin Tyler, but as in every Keller book you see every Keller. So you will have Christian and Victoria there…but it’ll be Tyler’s story line.

What is one of your favorite scenes in this book?

What do you find fulfilling about writing romance novels?


My whole thing is writing happily ever after. I think there are so many people living unhappily ever after, that to bring a little bit of that to them is joyous to me. But I love first love, new love, first kisses, and renewed opportunities. I think that’s why I love writing romance.

Please tell us about your other published works, outside of this series.


I’m a big series girl! I have a series set in the fictional town of Aspen Creek Colorado. This series follows the people who live in the town. There is a connection with all the people. Many of them grew up together, but each book stands alone. I also have the Matchmaker books which follows the lives of three women as they are “setup” by those who came before them. The two standalone books that I currently have will also have series companions by 2016.


I’m working on the Three Mrs. Monroes trilogy that will come out this summer. This is going to be a lot of fun and I’m enjoying these characters immensely.

Please tell us more about your publishing company.


5 Prince Publishing came to be because I was a disgruntled author. I had signed with a house who had all but stolen my work, wouldn’t put it out as they’d contracted, and didn’t pay me. It was heart wrenching and I knew I needed to guide my work and my career in the path I intended. What I didn’t intend to do in 2011 was have other authors. However, in 2014 we have over 25 authors and a catalog that is over 60 titles. I started with just romance, but the talent I brought in to acquire has a broader mind and we now have many different genres.

You have a second degree black belt in Tang Soo Do. Please tell us more about that.


This was life changing. I trained in martial arts for eight years with my sons. My two eldest sons are my seniors. Prior to martial arts I self-sabotaged everything! But with the discipline I had learned from martial arts I took that “can do” attitude and applied it to everything in my life. My mind and body were both fit. I carry this with me today, even though I have stopped training actively (mother of 5 hockey players should say it all.) But it was pivotal to me and I still train at home and revisit that discipline when I lose my focus.

You live in view of the Rocky Mountains. What are some of your favorite destinations in that area?


My front porch! Just driving home is magnificent! But we are very fond of the Breckenridge area and own some land in Park County (Not too far from South Park actually.) If you ever get to take a drive and you come through Buena Vista you’ll think you just saw an Ah-Ha moment!


That I hated reading! Okay, I didn’t hate it. I wanted to read long before they even taught me in school. But I wasn’t good at it. Now having a son who has mild dyslexia, and finding that it is hereditary, I see why I might have struggled. Now I can read and comprehend quickly and with great accuracy. I also was born and raised in Colorado and I have never skied! 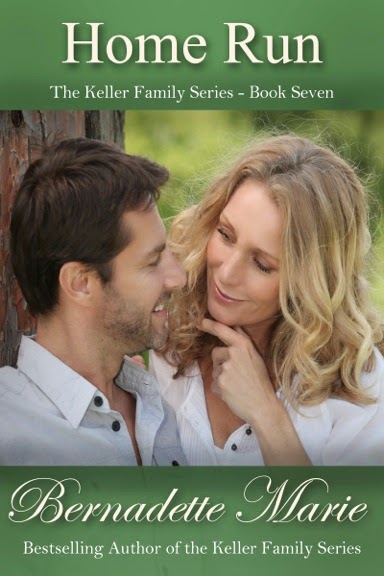 In one moment Christian Keller’s life was changed. Now as he picks up the pieces he wonders if he can possibly recoup what he lost.

Victoria Lincoln had a promising future with Christian until an accident took the life of her sister and left her as guardian to her two small children.

Their lives have gone in different directions, but Christian and Victoria’s paths will cross again. It will take a lot of change to pick up where they left off—if either of them can.

Scott reached for her hand and interlaced their fingers. He ran his thumb over hers in the most intimate of gestures and Victoria thought of how sweet they must look—this family dressed in their best, very cozy in Scott’s Lexus.

She let the tension roll out of her shoulders.

Scott gave her a glance and then turned his eyes back to the road. “So how long did you and Christian Keller date?”

The tension was back, but this time it stiffened every muscle in her body. The weight in her stomach was back too and it literally made her sick. She knew she’d tightened the grip she had on Scott’s hand.

“What makes you think we dated?”

He chuckled and continued to stroke her hand with his thumb. “The way he complimented your dress without looking at it. The grip he used when shaking my hand. The awkwardness you didn’t have with anyone else. Should I go on?”

“Please don’t.” She rolled her head to the side to look at him. He was handsome—more rugged than Christian with strong features and a dark completion. He was a natural in a suit—where she’d seen Christian squirm. There was an athletic build under that Armani and she’d seen it. They’d taken the kids swimming at his condo building last week. It had been the first time she’d been in a swim suit in over a year, but he hadn’t looked at the scars that riddled her body. He’d made her feel secure in her own skin.

Victoria took a breath. “We dated up until about eight months ago.”

He nodded and guilt plagued her.

“Okay, we didn’t just date. We were engaged.”

Bernadette Marie has been an avid writer since the early age of 13, when she’d fill notebook after notebook with stories that she’d share with her friends. Her journey into novel writing started the summer before eighth grade when her father gave her an old typewriter. At all times of the day and night you would find her on the back porch penning her first work, which she would continue to write for the next 22 years.

In 2007 – after marriage, filling her chronic entrepreneurial needs, and having five children – Bernadette began to write seriously with the goal of being published. That year she wrote 12 books. In 2009 she was contracted for her first trilogy and the published author was born. In 2011 she (being the entrepreneur that she is) opened her own publishing house, 5 Prince Publishing, and has released contemporary titles and has begun the process of taking on other authors in other genres.

Bernadette spends most of her free time driving her kids to their many events. She is also an accomplished martial artist, working her way to her second degree black belt in Tang Soo Do.

An avid reader she loves to meet readers who enjoy reading contemporary romances and she always promises Happily Ever After.

Bernadette will be awarding a $25 Amazon GC to a randomly drawn commenter during the tour. Follow the tour for more chances to win!
Posted by Andi at 3:30 AM