'Divide and Conquer (Champions of Elonia)' by Carmen Fox 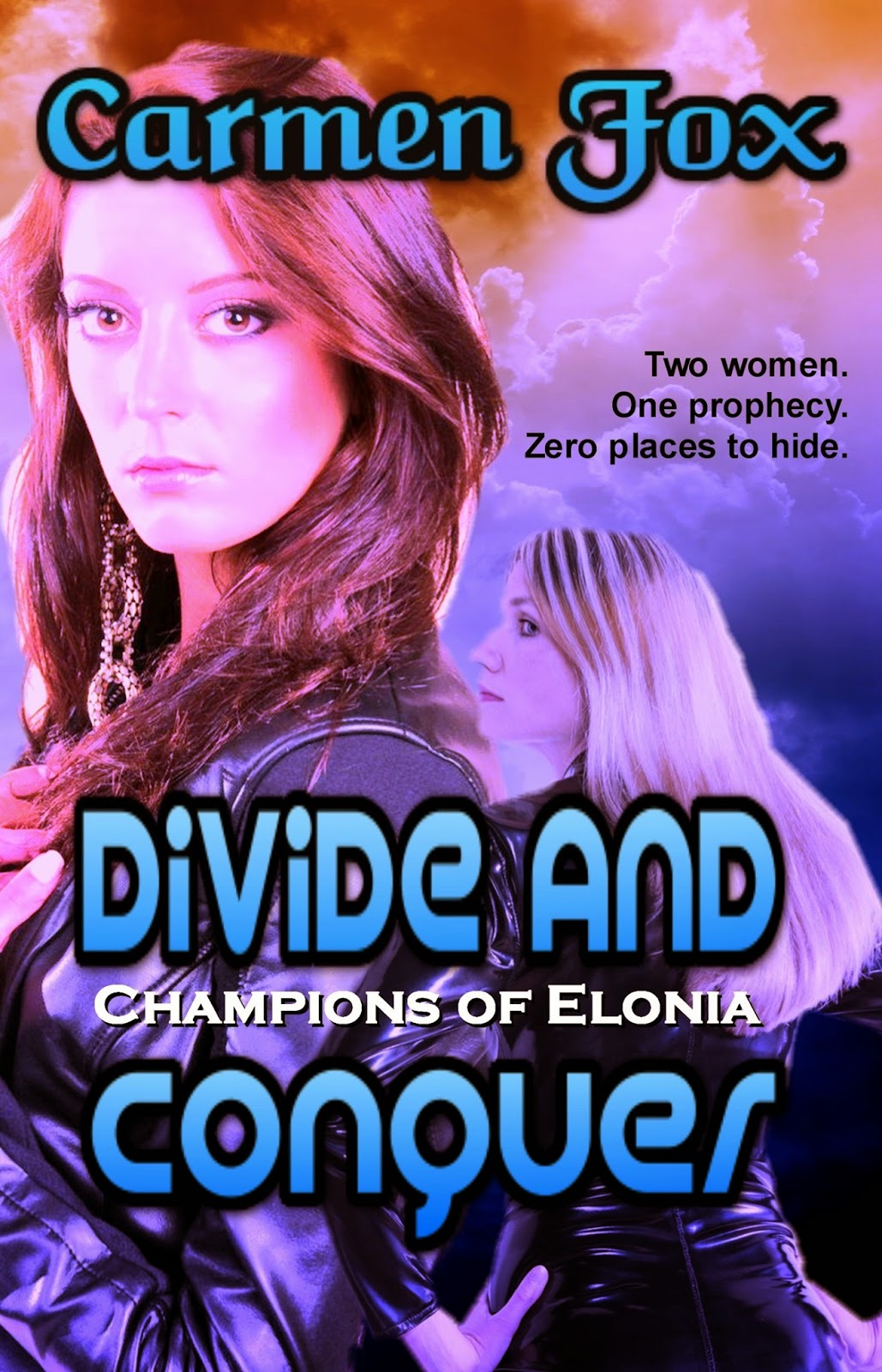 Flung from her mundane Seattle existence into a world of magic, scientist Lea struggles to make sense of a destiny she doesn’t want. The moment she finds comfort in the arms of a man who appreciates her inner nerd, a new magic sweeps the realms.

Nieve, Lea’s instructor, may be seasoned in the art of war, but she’s clueless when it comes to romance. To save her world, she allies herself with her enemy, a kindred warrior soul, who leaves no doubt he’s after more than her cooperation.

As each tick of the clock swallows another person’s memory, Lea and Nieve will do anything to hang on to theirs, but betrayal drives a wedge in their friendship. Can they reconcile and rally the troops before the magic wipes out their pasts?

I dropped my magical defenses, allowing my luster to envelop me in a powerful light. Without the sun’s ready supply of energy, that meant using some of my precious resources.

“Holy crap.” Lea jumped out of her bed and squeezed against the far wall of the room.

Finally, some reaction. “It’s called luster.” I twirled to prove I wasn’t hiding a flashlight behind my back. “It’s a by-product of an Elonian’s affinity with light. Anyone sensitive to magic can see it unless I suppress it.”

In my mind, rows of thick bricks piled one on top of another around me, extinguishing my luster.

“A-are you an angel?” Her airless voice barely traveled the distance between us.

I kinked back my head and laughed. “Definitely not.”

She unglued herself from the wall and took a few steps toward her bed. “You said I’m an Elonian. Why don’t I shine?”

“You can’t see your own luster, but it’s there. Without the training to suppress it, you’re a living flame to the Shades. It’s the reason they call us Sparks. It’s also how they’ll identify you. You know, before they kill you.”

Lea picked up a sweater from the floor. Her focus went distant, no longer in this world. Something I’d said must have triggered a switch in her brain. Not a day too soon.

I trotted to the corner by the window and picked a collection of stuffed animals off the armchair. From the deep V between Lea’s brows, I concluded her thought processes weren't going anywhere fast. Once the toys occupied the windowsill, neatly arranged by height, I sat.

With her dark lashes, a tiny nose and a sprinkling of freckles, she looked so young and so…Kindred. Unexpected sadness ripped through my chest. The misery pressed onto my diaphragm, making me feel like I was an evil monster come to chop up her innocence like next week’s firewood.

Even though she was predicted to be my ally through the dark days, she was still a total stranger. Yet her pale, elfin face stirred something in me, some glimmer of recognition, of familiarity even. My childhood friend Belinda had a similar innocence about her. She’d chew the end of her pen for hours while pondering her words. Her poems were meant to bring joy to a war-torn land. They burned with her when Galleo invaded her village.

Lea would not share Belinda’s fate. I’d see to that. By the end of her training, she’d be able to take on a whole battalion of Shades by herself. I squinted at her short stature and took a sobering breath. If not a battalion, then a group of ten. 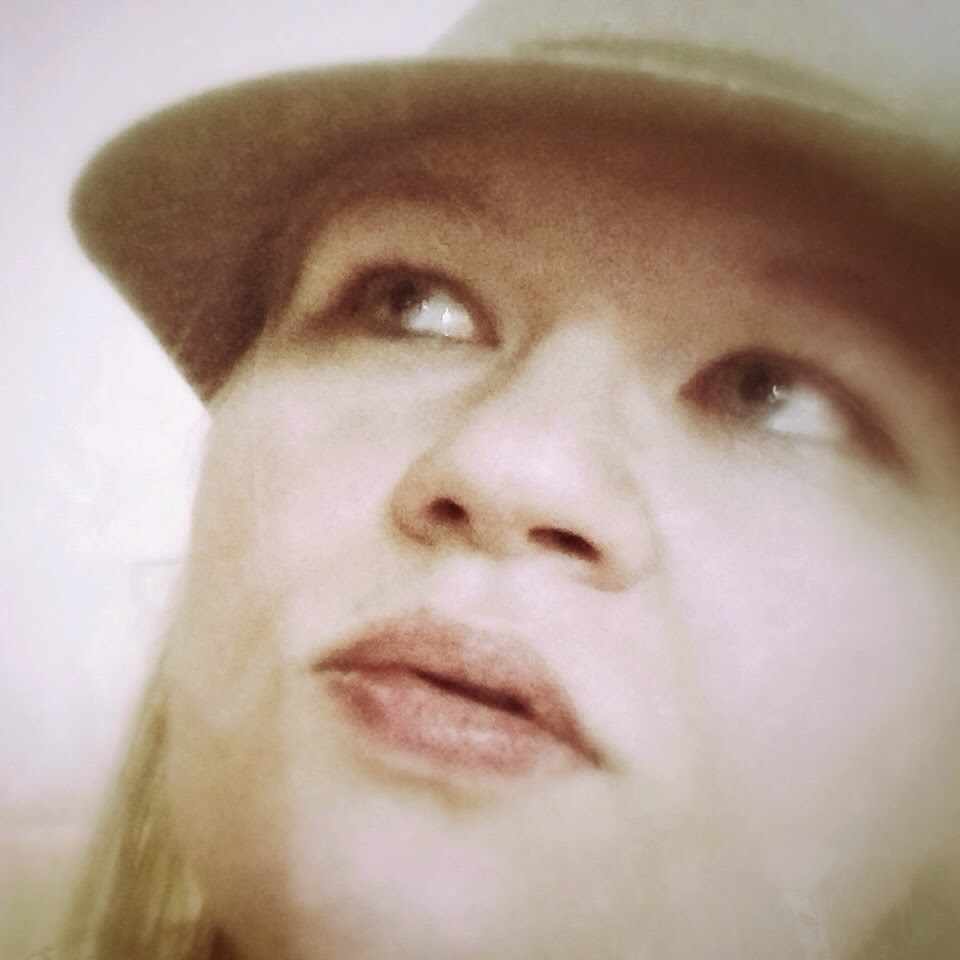 Carmen lives in the south of England with her beloved tea maker and a stuffed sheep called Fergus. An avid reader since childhood, she caught the writing bug when her Nana asked her to write a story. She also has a law degree, studied physics for a few years, dabbled in marketing and human resources, and speaks native-level German and fluent Geek. Her preferred niches of geekdom are tabletop games, comics, sci-fi and fantasy.

She writes about smart women with sassitude, about pretty cool guys too, and will chase that plot twist, no matter how elusive.
Expect to be kept guessing.