Inspiration to my writing:

Besides the many authors I adore and love to read. My family and friends are my inspiration for writing. Though, there is a huge part of me that is my own inspiration. I push myself to try harder and to do better. That’s a part of writing; you keep writing every chance you can, and you’ll achieve those goals and be a great writer. 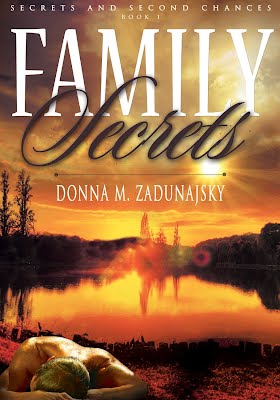 Alexis has had big dreams all her life, and she’s worked hard to make them happen! After college she married and had a beautiful baby boy, living her dream as “Mommy” until Colton was safely entrenched in grade school. She lands her dream job at NASA, and her supportive husband, Jay, takes the lead on raising their son. The perfect family, right?

Twelve years later with no warning and no reason, Jay commits suicide. Colton goes into denial and blames his mother; Alexis buries herself in her work.

Seven months later, Alexis’s biggest dream comes true. She’s going to be on the next space shuttle! Her victory is short-lived when she finds out she has breast cancer. As her health declines, Colton delves into the dangerous circumstances of his father’s death.

“Family Secrets” crept into Alexis’s life when she wasn’t paying attention. Will she and her son ever find out the truth? Or is it too late?

Alexis drove out of the parking lot and headed towards the Martin Andersen Beachline Express. When she arrived at Cape Canaveral, she drove to Canaveral City Park. There she sat and stared at the Atlantis Space Shuttle in the far distance. Imagining the day she would climb inside one just like it and soar through the sky towards the unknown; to a whole new universe where she didn’t have to think about her life and everything that had gone wrong.

Reclining her seat back, she closed her eyes and rubbed her temples, trying to calm down enough to ease the tension headache. Her thoughts involuntarily went to her late husband, and she wished Jay could be with her. Jay would’ve known what to do. He could always comfort her in a way no man had ever done before or since. He was thoughtful and kind, always putting her needs above his own. God, how she wished he was here with her now!

There was never a day she didn’t think of him and miss him. She asked herself as she did all the time, “Why did he have to die?” Then, she wondered how she had been able to cope with his death. Of course, she had continued to mourn, but she really couldn’t remember how she’d got through the loss and pain of losing someone so close to her.

After the funeral seven months ago, she’d concentrated on raising their seventeen-year-old son, Colton, but she’d jumped straight back into her work. She wasn’t thankful Jay had died when he did. She’d been glad at the time that Colton was almost old enough to take care of himself, but she wasn’t sure if he grieved the way she did. So many nights of lying in bed crying herself to sleep; then one day she climbed out of bed and moved on with her life as if nothing had ever happened 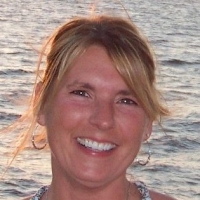 Donna M. Zadunajsky was born and raised in Bristolville, Ohio, and resides in Homer Glen, Illinois. She has written seven children’s books that are about her daughter and all the adventures she has done in her young life. They are currently on the Barnes and Noble website, at Amazon.com, and at www.littletscorner.com. Available in eBook and paperback.

She spends her time writing short stories as well as novels. She published her first novel ‘Broken Promises,’ in June 2012 and has currently finished her second novel ‘Not Forgotten.’ Besides writing, she enjoys spending time with her daughter and husband, their dog and two cats. She enjoys reading and working on crafts and scrapbooking. She graduated from The Institute of Children’s Literature in spring 2011.