Review of Murder With Strings Attached by Mark Reutlinge

I featured this mystery last week on the blogs (Andi's Book Reviews and Candrel's Crafts, Cooks, and Characters) and told you to stay tuned for my review. I had the chance to read this book this weekend and got a big kick out of it! Check out an excerpt and then my thoughts on this quirky mystery story. Make sure you follow the rest of the tour to read more and to make comments and leave questions for the author! Best of luck in the giveaway! 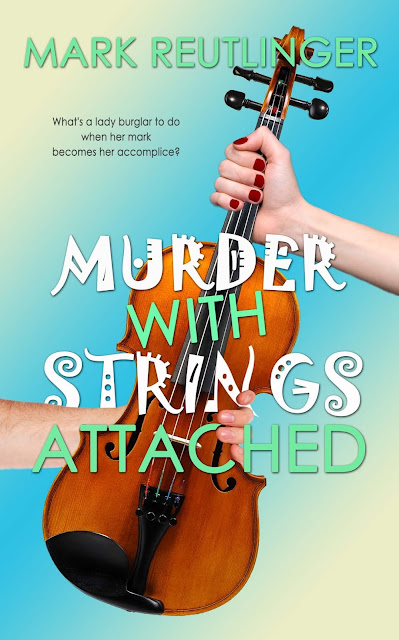 Passing the front desk on my way to the elevator, I wanted to avoid eye contact with any of the clerks on duty. But, like Lot’s wife, I couldn’t resist just a peek. Unfortunately, one of the check-in clerks, an older woman with gray hair pulled back into a tight bun, happened to be looking in my direction and our eyes met.

The woman immediately called to me, “Miss, would you please step over here?”

I returned a mimed “Who, me?” gesture. The bun lady nodded in the affirmative.

Damn, that’s all I need, I berated myself. I just had to look, didn’t I? But I knew I now had no choice but to comply. I walked over slowly as I tried frantically to think of answers, having no idea what the questions might be. Would I be asked who I was and what I was doing here? If so, would my answers be credible? When I reached the desk I tried to act nonchalant.

The bun lady said, “Just a moment, please,” and reached under the desk.

Totally irrationally it flashed through my mind that the woman was going to pull out a pistol and place me under arrest. Good thing I’d just peed, or I’d probably have done it now. It’s amazing what tricks a guilty conscience can play on you. What she actually pulled out, however, was a stack of letters. She handed them to me and, motioning toward a mail box mounted on the far wall, said, “Would you be a dear and drop these in the box over there?”

I accepted the letters and the assignment with relief. “Certainly, ma’am. No problem.”

I marched directly over to the mail box and deposited the letters. I then continued on my way to the service elevator, this time resisting any urge to look anywhere but straight ahead.

Our story begins with Flo uncomfortably crouched in a closet, attempting a burglary. She then backtracks to explain why she's there, and is a little scattered. And at first, I'm not sure I'm going to like this heroine who has purposely decided to become a burglar and whose best friend actually semi-supports her.

But I pressed on.

And when she gets back to the present to where she is caught by her intended victim and the tables turned on her, I was all in.

This story is actually quirky and delightful, rather light, and yet has plenty of plot twists that kept me engrossed.

It's naturally a bunch of borderline ridiculous situations that would likely never happen in real life. But that is what makes this kind of book so much fun to read.

The author is also an adept storyteller who is capable of making us believe that this craziness really happened. His detail brings the story to life, playing out in your mind like you are watching it on a screen. And I think this one would make for a fun movie.

I'm not sure if Flo has any other books about her [mis]adventures as a burglar, but I would definitely read about more of them!

Thank you to the author and Goddess Fish for providing me with a requested review copy. All thoughts and opinions are my own. 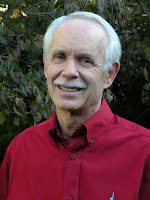 Mark Reutlinger will be awarding a $25 Amazon or B/N GC to a randomly drawn winner via rafflecopter during the tour.
a Rafflecopter giveaway
Posted by Andi at 3:30 AM
Labels: book excerpt, book review, comedy, giveaway, Goddess Fish, mystery