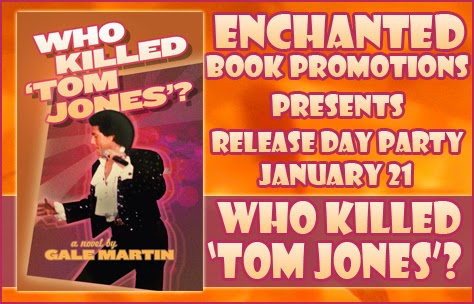 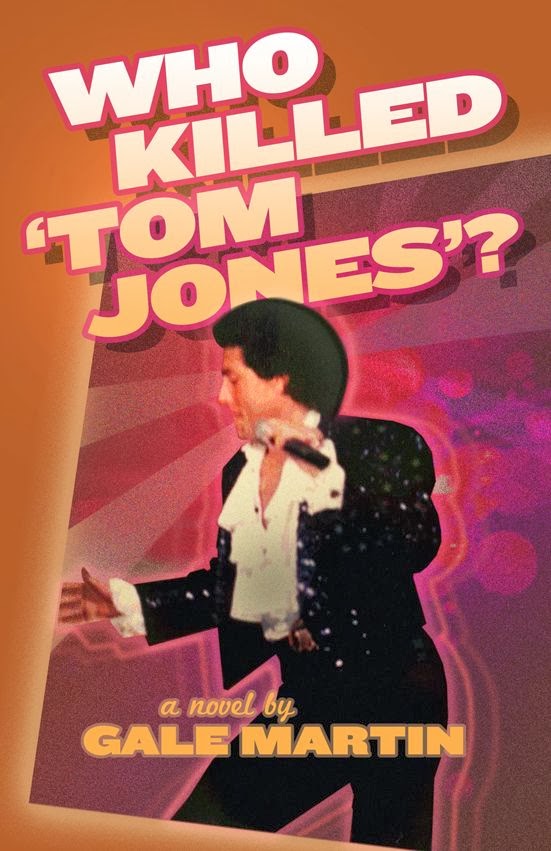 In Gale Martin’s newest novel, Ellie Overton is a 28-year-old rest home receptionist with a pussycat nose who also happens to be gaga for the pop singer Tom Jones. Regrettably single, she is desperate to have a red-hot love relationship, like those she’s read about in romance novels. Following an astrological hunch, she attends a Tom Jones Festival and meets an available, young impersonator with more looks and personality than talent. Though he’s knocked out of the contest, he’s still in the running to become Ellie’s blue-eyed soul mate—until he’s accused of killing off the competition. It’s not unusual that the handsome police detective working the case is spending more time pursuing Ellie than collaring suspects. So, she enlists some wily and witty rest home residents to help find the real murderer. Will Ellie crack the case? Must she forfeit her best chance for lasting love to solve the crime?

A resonant male voice—Stan McCann’s, she presumed—began belting out “Delilah,” one of Tom Jones’ biggest hits, and the crowd cheered him and the fact that the show had finally taken off.

“I saw the light on the night that I passed by her window,” McCann sang as he proceeded down the stage-right steps and strutted through the aisle, approaching Ellie’s row. All decked out in a black bolero jacket with a sequined lapel, starched white shirt, and satin cummerbund, he could have doubled for a bullfighter on a dude ranch. He looked yummy. Good enough to nibble on.

“Stan? Oh, Stan?” Dorothy Hamill called in a high-pitched squeal. Dorothy hurled her panties towards him, and they sailed past Ellie’s face, landing in the middle of the aisle at his feet. “For you, honey,” she cried.

Between stanzas, McCann retrieved the panties, rewarding Dorothy with the attention she craved. Then he mopped his brow with them, causing a fresh round of squeals. Like a toreador, he bowed theatrically to the smitten panty-chucker. “Thank you, darlin’,” he purred, in a rich lilt that sounded like he’d been weaned in Wales instead of the U.S.A. Then he aped sniffing her panties. “We’ve met before, haven’t we?”

Dorothy screamed louder than the lovesick teenagers at the first (and last) Hanson concert Ellie had attended in junior high school. If Dorothy howled in her ear like that again, Ellie might have to stomp on her brown suede boots.

She groaned out loud at Dorothy’s antics, which caught McCann’s attention. He met her gaze, then cut his eyes to Dorothy’s face, giving her outfit a onceover. “Sisters?” he asked.

As if! Ellie thought.

Embarrassed, Ellie shook her head no, but Dorothy cried out, “Yes, yes!”

That one would say anything McCann wanted to hear.

As McCann strutted down the aisle toward stage left, Dorothy turned on Ellie. “Why didn’t you tell him we were sisters?”

Dorothy pouted. “But he was looking for sisters.”

I’ll bet he was. Ellie thought. Or at least the persona he’d adopted was. But it was best not to scold Dorothy. If she wanted to behave like a fawning groupie, that was on her. But Ellie didn’t want to be sucked into that scene. It was common knowledge that in his prime, Tom Jones slept with 250 groupies a year. If one of his impersonators behaved like that as well, she wanted nothing to do with him. Nor did the situation require launching into an explanation of why Ellie was in the audience to begin with.
Certainly not for a one night stand with a Tom Jones impersonator, no matter how good he was.

No, Ellie clung to a thread of hope that she might find (dare she even think it?) her soul mate here, not someone pawing at her between the sheets for a quickie with the very next quickie waiting in the wings.

As it turned out, a barrage of panties and one or two bras chased McCann all the way to a set of wooden steps flanking the stage. The stairs hadn’t been painted yet. In fact, the entire stage unit must have gone up hastily, from the slapdash look of it.

McCann picked up one of the brassieres and swung it over his head as if preparing to lasso some lucky Double-D cup in the crowd.

This was some serious fan crush, bordering on groupie pathology. Ellie was equally as enthusiastic a Tom Jones fan but prided herself on showing more restraint.

McCann swayed back and forth in front of the stair unit, in three-quarter time. Though his head and broad shoulders dipped right and left, his crisp white shirt barely moved. Extra starch, she supposed.

“My, my, my, Delilah,” he sang, his unrequited love for the two-timing Delilah infusing every grand gesture. As Ellie let the familiar refrain in a pitch-perfect imitation wash over her, she recalled a particular video of Tom Jones himself singing this song on some British version of “American Bandstand,” while hundreds of young people struggled to fast dance to a waltz-time ballad. Tom Jones warbled like a champ, but the crowd’s attempts at dancing put her in mind of gooney birds doing the time step.
McCann had cultivated the singer’s signature mannerisms—punching the air rhythmically, sliding from one note to the next in a dramatic portamento—and every bit of the swagger.

Ellie nodded sheepishly. Between the chorus and the next verse, McCann started up the stairs to the stage. As he ascended the third step, it was as if the show switched to slow motion. McCann lifted his left leg, poised to land on the next stair. Ellie watched in horror as it crashed through the plywood plank, tearing McCann’s perfectly creased pants and reducing his left leg to an unsightly stump, at least from the audience’s perspective.

Festival-goers gasped. McCann stopped singing and clutched first at his thigh and then at his groin, unable to extract himself from the jagged plank.

“Help,” the baritone trilled in an agonizing register that rang out almost an octave higher. “Somebody . . . help!”

The piped-in accompaniment stuttered to silence. 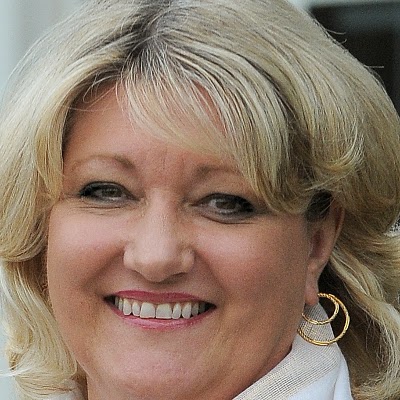 Gale Martin is an award-winning author of contemporary fiction who plied her childhood penchant for lying into a legitimate literary pursuit during midlife. In 2011 Booktrope Editions published her debut novel DON JUAN IN HANKEY, PA, a humorous backstage story about an opera company trying to stage Don Giovanni, which was named a “Best Kindle Book of 2013” by Digital Book Today. GRACE UNEXPECTED (2012) features a professional woman with a heart of fool’s gold, who unexpectedly gets entangled in a love triangle. She regrets never having the chance to thrown a single unmentionable at Sir Tom Jones or one of his tribute artists. She has an MA in creative writing from Wilkes University. You can find out more about her at her website: http://galemartin.me.