'The Rise of Mallory,' third installment in Roy Huff's bestselling epic fantasy series, Everville, is now available! For a limited time, you can get this book for a promotional price of $0.99! The first two books will also be available for free downloads during this promotional period. 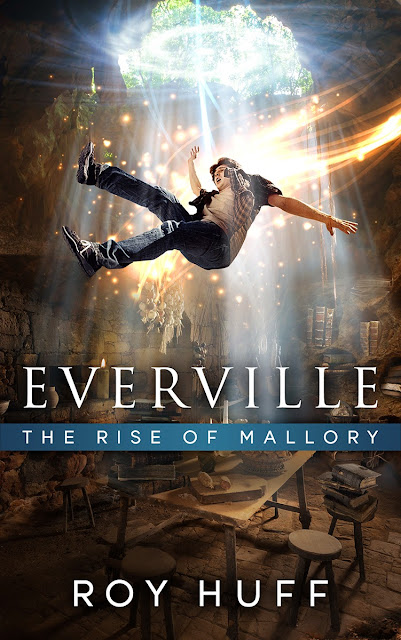 As the epic journey continues, a victorious Owen Sage stands undefeated against his enemies. His last battle in Everville gave rise to a new insidious evil, Mallory; whose determination to defeat him opens an unexplored Pandora’s box. Owen's search for truth will unveil the mystery and surprising insights surrounding himself and his friends at Easton Falls University. New creatures will be uncovered and the true value of friendship will be tested, as Owen embarks on yet another battle in Everville. 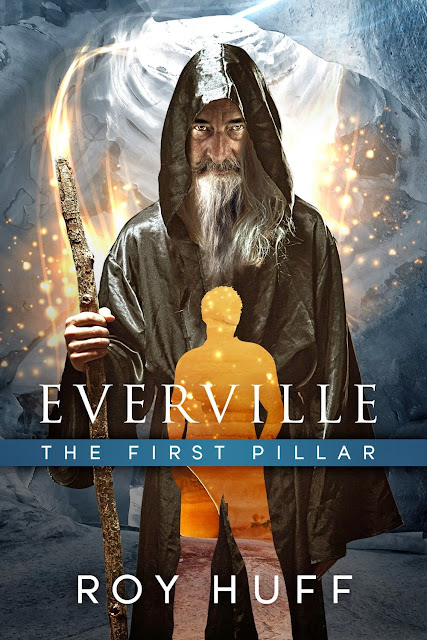 Critics are raving about Roy Huff's Everville series. "5 Stars!" "Creative and Original" “Potentially one of the greatest YA sagas of recent decades."

Owen Sage is the emblematic college freshman at Easton Falls University. With all the worries about his first year in college, he was not prepared for what would happen next. His way of life was flipped upside down when he mysteriously crossed into another dimension, into the beautiful land of Everville. His excitement was abruptly halted when he discovered that there was a darkness forged against both the natural world, which he knew well, and the new land which he discovered, Everville. He must devise a plan to save both worlds while joining forces with the race of Fron and The Keepers, whom both harbor hidden secrets he must learn in order to gain power over the evil that dwells in The Other In Between.

With a race against time to save both worlds, his short time at Easton Falls did not quite prepare him for the evil, dark forces he must fight in order to conquer The Other In Between.

"Everville by Roy Huff is a powerhouse read!"

"Mr. Huff's true talent lies in his creativity...He has created not so much a magic system as a new way a viewing the operations of the universe."

"An Unexpected Hero" "A fantasy carousel!"

"A world of imagination with original work. Loved every minute of it from beginning to end. A must have for any fantasy reader from young to old."

"Roy Huff has created and crafted a spellbinding tale, with well written characters that engage your mind; and have you turning the pages and keep you enthralled to the end of this story and leave you wanting more."

"Brilliant story telling, a must read"

"Huff is extremely creative while giving the theme of good and evil a fresh new look."

"A NEW TASTE OF FANTASY"

"I can't really find one word for it! To my mind, I find it as an amazing combination of the bravery from Lord of The Rings, the friendship from Harry Potter, the struggle from The Hunger Games (I haven't read the books yet but I am familiar with it) and it also gave me the nice feeling like the one you get after reading Artemis Fowl! It is a really wonderful combination of all the elements that there should be in a book of this kind. Do not imagine it as a copy of the books I have mentioned before because it is not! Huff brings us a new world, Everville, a fascinating place that we can picture while he reveals it's hidden magic." 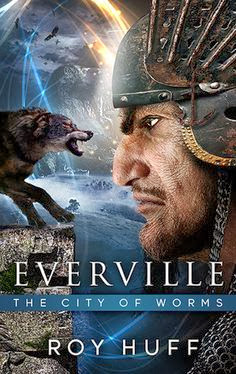 College freshman Owen Sage has just started to understand the darkness trying to overtake Everville and the earthly realm. With the help of The Keeper and the Fron army, Owen has managed to buy some time, but new problems have already emerged, new secrets need to be revealed, and the race against time to stop Them from conquering both dimensions has only just begun. The Keeper, Owen Sage, and his friends at Easton Falls University must now battle threats from within. To do it, they must reunite with familiar creatures and join forces with new ones as they navigate their journey to the truth that awaits them in Everville.

Critics are calling the second book in the Everville series "BRILLIANT!" "A MUST READ!"

"Classic battle of good vs. evil and unexpected twists."

"Everville:The City of Worms is an exciting adventure"

The uniqueness and originality of this Everville fantasy series is the real key here in how a solid, well crafted tale grabs at your mind and thus is remembered as being exceptional with each installment/volume released.

"Another Winner worthy of 5 Stars."

"Intrigue and suspense also make an appearance in this magically crafted world. Huff's vividly visual descriptions draw you in and his intriguing storyline keep you there. He definitely takes the fantasy genre and gives it an exciting twist."