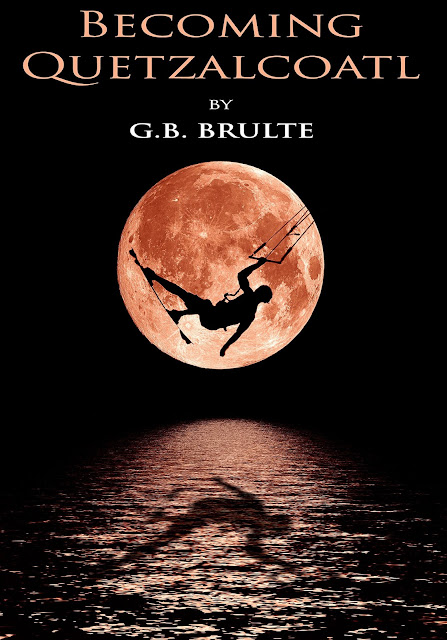 A drunken kite-boarder, Cody Catanzaro, falls harder for Dr. Amanda Knoxville than he fell from the sky while trying to jump the Mobile, Alabama pier. A mysterious implant is found in his gluteus maximus during an MRI, and the implant turns out to be an exact replica of a crop-circle that had appeared in England in the year 2007. That crop-circle pointed to a two-week period in 2012. A two-week period that many paranormal experts believed would have something to do with the return of Quetzalcoatl, the ancient Mayan god.

Cody had inexplicably gone missing during those two weeks, and has no recollection of his lost time.

Did Quetzalcoatl actually return? Bizarre happenings suggest that maybe he did.

As more and more weirdness begins to follow the clueless kite-boarder, Cody decides he wants to change for Amanda Knoxville. He has no idea of how much change is in his future, and how much the future of the world will depend upon his change.