'The Inheritance (An Inlet Beach Novel)' by Heidi Hostetter 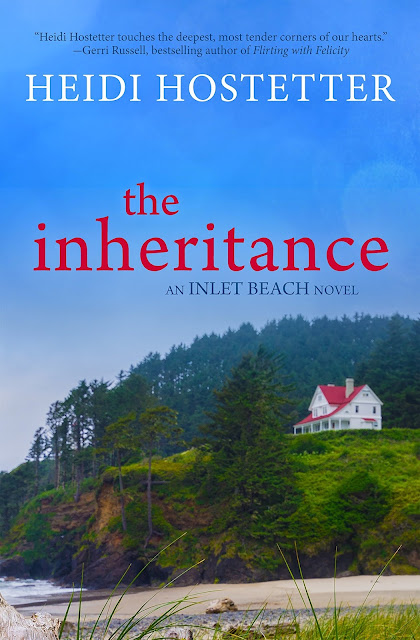 The house reunited them. Are the wounds of the past too deep for three sisters to reconcile?

It started with three letters. Three estranged sisters learn they've inherited a dilapidated beach house from a relative they don't remember. The sisters each hope to get something different out of their unexpected gain.

Maureen, the oldest sister, dreams of a private retreat for her family before her teenage children leave her with an empty nest. Lydia, the middle sister, hopes to secure a quick sale to escape overwhelming debt. Tyra, the youngest, only wants redemption. She knows her drug conviction broke the family apart, and this project could be her last chance to bring them back together.

After twelve years apart, one crisp Pacific Northwest spring and a rundown beach house may grant Tyra's wish. As the sisters restore the property and prepare it for sale, they learn they have much more in common than a piece of property. As the sand of Inlet Beach blows against their skin, the sisters work to restore what they once were to each other: a family.

The Inheritance is the first installment in The Inlet Beach Novels, a series of women's fiction books set in a small beach town. If you like strong character development, complicated family dynamics, and the hint of a love story, then you'll love Heidi Hostetter's touching series starter.

The sound of someone speaking came to her as if she were underwater, blurry at first but becoming clearer as she focused.

“It’s okay, honey. You’re okay.” Laying her fingers gently on Tyra’s wrist, the server used her other hand to slide the butter knife from Tyra’s fist. “It’s nothing, just a plastic block.”

As her vision cleared, she began to recognize the restaurant. The floor was carpet, not concrete. There were no bars on the window, and she could leave when she wanted. Her heart pounded as she forced out the breath she had been holding.

The server pushed a glass of ice water toward her. “My husband does that sometimes, when something startles him. Either military or you’ve done time.” While Tyra’s heartbeat slowed, the server waited. “You got someone you want me call for you? Someone to come get you?”

Tyra shook her head. There was nobody she could call, nobody would come. The closest person she knew was twenty-five hundred miles away. Reaching for her water glass, she drank it all. “I’m fine now, thank you. I just need to go.”

The waitress pulled a notepad from her apron, ripped a page and handed it to Tyra with a deep scowl. “I’d leave, too, if they’d let me.”

They both watched as one of the mothers scattered cheerios across the table like chicken feed, and one of the boys smashed the pieces into dust with his plastic hammer.

“Can you imagine the mess they’re going to leave for me?” She shoved her order pad back into her apron pocket and glared at them.

Tyra reached into her back pocket to withdraw a few bills and handed them to the waitress.
The woman unfolded them and eyed her warily. “You do know there is no place on earth where a pot of tea costs forty dollars, don’t you?”

She pointed her chin at the bag at Tyra’s feet. “Wherever you’re going, I wish you luck. You’re a good customer – you don’t leave a mess and you tip way too much. I wish there were more like you.” She touched the table top with her fingers. “Good luck.” 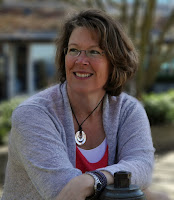 Heidi Hostetter lives in the beautiful Pacific Northwest with her family, and they visit the beach every chance they get.

A Light In The Window is a Christmas novella from the Inlet Beach Novels, stories centered around a quirky small town off the Oregon coast.

Connect with her on www.HeidiHostetter.com or find her on Facebook.
Posted by Andi at 10:31 AM