Preview 'Fire of My Past' from the Fire In My Heart series by C.L. Bush 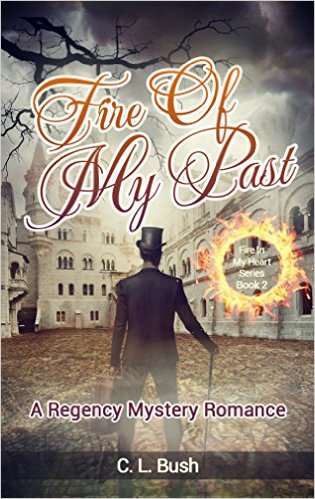 Now that Laurie and Franny are engaged, the need to find out the reason for the fire at Waltham six years ago is more important than ever. So is the need to catch the culprit.

When a new witness comes forward, Laurie returns home to see if he can finally figure out the mystery that has plagued him for so long. One that has also put himself - and his wife to be, Franny – in danger.

With his stepmother and half –brother descending on his townhome prior to his returning home, Franny is left to deal with the rumors they are circulating about Laurie’s past and their reasons for marrying so quickly.

Can the real culprit for the deadly fire be found before Laurie puts himself more at risk? Can Franny sort through the rumors about her new love and hold fast long enough for Laurie to return with answers?

The next morning Laurie awoke refreshed and rang for Billingsworth to come help him dress. After he was shaved and dressed for the day, he headed down to the breakfast room. After the months of recovery following the fire, where Laurie would regularly loose what he ate, he had learned to give his stomach time to adjust to the day before a hearty meal at midday. His staff knew he didn't like a large breakfast usually.
This morning however there was a large repast laid out with eggs, sausage, ham, toast, coffee, tea, six different kinds of jam and preserves, clotted cream, fresh scones, and juice.
“What is all this?” Laurie asked the footman, Arthur, after he had seated himself.
“Mrs. Sheridan made it clear her expectations on meals prior to you coming back last night, Sir. Put Mrs. Collins in a right fine mood as well, having her position took. Cook wasn't happy either, Sir.” Arthur rushed to impart this information to his master.
A clearing of the throat had Arthur blushing and moving back to his post.
“Hargrave is this true?”
“Yes, Sir I'm afraid it is. This happened prior to your arriving home from your evening out. Mrs. Collins and Cook were upset, but felt it was better to acquiesce to Mrs. Sheridan’s requests. They remember how things were when she ran the house.” It was obvious that Hargrave himself was none too pleased, and that was saying much.
“Well, I bow to their good suggestion. Please make sure any leftovers are shared with the household staff. After all, they've worked above their normal duties for this and should be able to reap some rewards. I also know there is no way my stepmother and brother will be able to eat all this.”
“I will spread the word, Sir. Thank you.” Hargrave exited the room to make sure the house was running correctly and, Laurie suspected, to continue smoothing the ruffled feathers of his housekeeper Mrs. Collins and his cook.
Laurie proceeded to his morning repast of coffee and toast with butter and was just finishing up when Hargrave returned with a letter on a silver platter.
“It came by express, Sir. I thought you would want it right away.”
“Yes, thank you, Hargrave” Laurie said and took his the letter opener off the tray to slit the letter open.

I have received word from Mr. George Smythe, owner of the Three Legged Dog Inn in Tidworth. He has told of a man who comes in to drink irregularly lately. In his drunken ramblings, he talks of the incident from six years ago. Knowing your desire to investigate more from Mr. Gerring, he felt it should be made known to the house. Mr. Gerring and I have discussed it and I have chosen to write to you express so that you may return immediately and question this man before he possibly disappears. I await your answer on the particulars.

“Well this is a boon!” Said Laurie as he called for Hargrave. “Have Billingsworth pack my bags and my horse prepared. I must head back to Waltham immediately.”
“Right away Sir. And your…guests?”
“Oh damn. I'd forgotten about them. Please make sure they are comfortable - but watched. Especially my stepmother’s lady’s maid.”
“It will be done, Sir. Safe travels.” And with that and a nod, Hargrave left to prepare for his master’s leaving.
Laurie headed into his study to prepare a quick note for Franny. He didn’t want to leave abruptly with no explanation to her and have her fear he had called off the wedding without notice. He felt a stirring in his groin as he thought of his fiancé.

I came home to unexpected guests last night. It seems my brother has neglected to pay for his lodgings and has been put out. My stepmother, fearing I will poison her son, has come with him to my townhome to stay indefinitely. Rest assured I am having them watched and all is being done to see them gone as soon as possible.

There is more. This morning I received and express from my butler, Thompson, at Waltham. It seems there is a witness that has been spotted at a local inn in Tidworth that I must return to speak with. He has been seen and heard discussing the fire and not knowing more, I must leave for there at once to make sure I do not miss him.

I know you will share this information with your aunt and cousin. Give them my kind regards and keep a large part for yourself. I cannot wait for you to be my wife.

After seeing the letter sealed and addressed to Franny, Laurie went upstairs to change into his traveling clothes and prepare for the journey to what could be the first answers he had had in six years.

You can now get books 1 and 2 together in this specially-priced bundle! Look for it at these fine retailers: 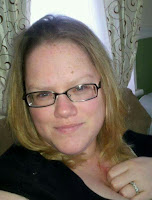 C. L. Bush started reading at a young age. Since then she has voraciously read all she can get her hands on. As a mother of two boys and three grown stepdaughter's, as well as the wife of a soldier in the U.S. Army, her life is busy, but she has always kept her love of reading and writing. History is also a passion of hers and she regularly goes on trips with her family to experience it firsthand. She looks forward to bringing her love of reading, writing and history to her readers with her new 'Fire In My Heart' series.


Please feel free to visit her author page on Facebook for updates on new releases! www.Facebook.com/authorclbush

Also find her on Goodreads.
Posted by Andi at 6:00 AM