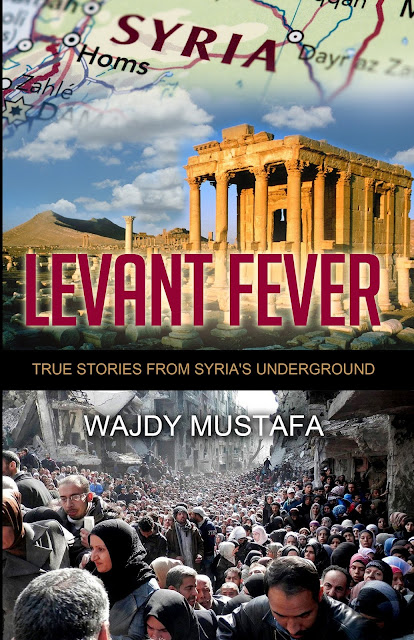 Levant Fever is a memoir from the political underground darkness of Assad’s Syria. Seen through the eyes of a boy growing into a man, in the middle of feverish historic events. Not widely understood, or told before in the West but at the roots of the current conflicts. The narrative grips the reader with its honesty, brutality and beauty. The author describes his own journey, reflections and life stories told to him whilst he was held without trial for 14 years, as a political prisoner in several prisons. These included Palmyra, noted by Amnesty International as one of the most oppressive prisons in the world.

The work is an enthralling and informative mosaic reflecting the colours, sects, religions, politics, legends and geography of the Levant. The journey spans the areas deserts, coastline, mountains and forests. It speaks of family, friendship, love, hope, fear, torture, hiding and escaping. A truly human tale of a life well lived, a life of conscience, courage and endurance and ultimately one of triumph of the human spirit.

Wajdy Mustafa was born in Tartous, Syria. A long time political activist and writer for social, democratic and human rights in Syria; he was imprisoned without trial for 14 years. Despite torture and solitary confinement, Wajdy continued to find ways to express and campaign for his belief in truth and justice. He lives now in Northern California.
Posted by Andi at 3:11 PM