Welcome to the book blast tour for Kitty's War by Barbara Whitaker. This historical romance takes place during one of my favorite time periods, WWII. Check out an excerpt here and then follow the tour for even more of them. Be sure to let the author know what you think along the way. And of course, best of luck entering the giveaway! 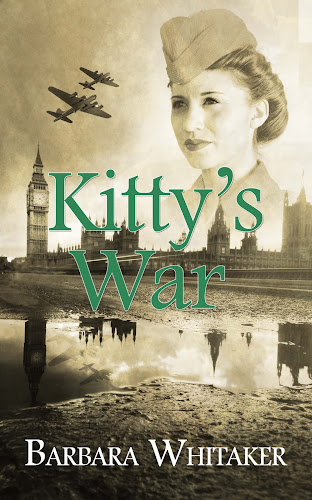 Seeking adventure, shy Kitty Greenlee joins the Women's Army Corps. In 1944 England, as secretarial support to the 8th Air Force, she encounters her dream man, a handsome lieutenant who only has eyes for her blonde friend. Uncomfortable around men, Kitty doesn't think the handsome officer could want someone like her.

Recovering from wounds, Ted Kruger wants to forget about losing his closest friends and have fun before returning to danger as a bomber navigator. When Ted recognizes Kitty as the girl who rescued him two years before, he must choose between dating the sexy blonde or pursuing quiet, serious-minded Kitty even though he knows he's not nearly good enough for her.

As the war gears up with the D-Day invasion, will Kitty and Ted risk their hearts as well as their lives?
Read an excerpt:

Once all the WACs were ashore, they marched to a loading area and climbed aboard waiting trucks. Packed like sardines, they had to pile their overstuffed duffle bags on their feet.

Katherine squirmed to get more comfortable and bit her trembling lip.

She nodded, but it was a lie. She fought the panic, pushed it deep inside.

“We’re here. We’ll be settled soon.” Madge tried to reassure her, and Katherine was grateful.

“I know.” She placed her hands on her midsection. “I’ll feel better when my stomach calms down.” Truth was she didn’t like the in-between. She wanted to get there, wherever there was, and get to work. She closed her eyes, leaned her head back against the canvas cover, and willed herself not to cry. After all, she wasn’t alone. Madge was here with her. She’d made it so far. This was the biggest adventure of her life. She wouldn’t fall apart now.

Madge patted her hand, and Katherine realized she had squeezed it into a tight fist. “Kitty. Relax. We’ll get there, in good time.”

“Are you Kitty?” a girl across from them asked.

Katherine’s eyes flew open. She nodded and forced a smile. Madge had dubbed her Kitty when they’d first met. And Katherine had accepted it because she’d wanted so badly for Madge to be her friend.

“I heard you were on the ship. You’re the one who got all the commendations back in Boston, aren’t you?” The girl stuck her hand across the mound of duffle bags. “I’m Dallas.”

Kitty nodded, unsure whether the girl meant her comment as a compliment or a jibe. She leaned forward and politely shook the girl’s hand. “Nice to meet you.” 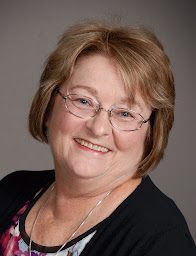 Barbara grew up in a small town in Tennessee where the repeated stories of local and family history became embedded in her psyche. Fascinating tales of wartime, from her parents and her in-laws, instilled an insatiable curiosity about World War II. After retiring from her sensible career in accounting, she began full time pursuit of her lifelong love of historical romantic fiction. Enjoying every minute of research, Barbara spends hours reading, watching old, black-and-white movies and listening to big band music.

Although Barbara and her husband have been longtime residents of Florida, they both still think of Tennessee as "home." Visit Barbara's website at http://barbarawhitaker.com/. Or find her on Facebook at https://www.facebook.com/BarbaraWhitakerAuthor/.
Barbara Whitaker will be awarding a $20 Amazon or B/N GC to a randomly drawn winner via rafflecopter during the tour.


a Rafflecopter giveaway
Posted by Andi at 3:30 AM
Labels: giveaway