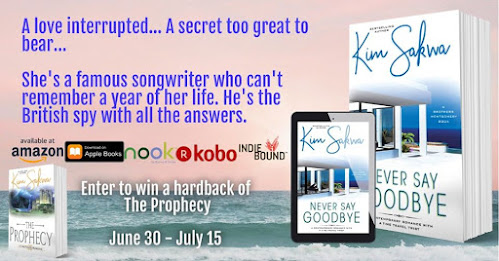 A Contemporary Romance with a Time Travel Twist

The First in the Brothers Montgomery Series

A love interrupted… A secret too great to bear…
She’s a famous songwriter who can’t remember a year of her life. He’s the British spy with all the answers.
While walking through the tunnels of her family’s estate in England, successful singer-songwriter Amanda Marceau travels through time and into the arms of Alexander Montgomery, the Royal Navy Admiral who captures her heart. Months later Amanda’s forced back to the present with Alexander’s daughter, heartbroken they’ve been separated, and shocked to discover she’s pregnant.
Hoping Alexander will find his way through time to her, she’s later devastated to learn he was killed for being a spy at the dawn of the American Revolution. Unable to cope with the horrible consequences, Amanda suffers an epic breakdown, and tucks away the memories that are just too much for her to bear.
But Alexander Montgomery wasn’t executed, nor has he forgotten Amanda. He’s spent each day planning, searching for, and finding his wife and his daughter. He’s made the jump through time, and is using everything at his disposal to reunite his family in the twenty-first century. Then he learns that Amanda has amnesia—she can’t remember the time she spent in eighteenth-century Britain—and has no idea who he is.
More determined than ever, Alexander knows it will take all of his love to restore her memory—or just maybe win her heart anew. 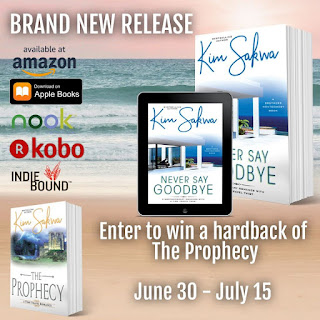 Enter to win one of two hardback copies of The Prophecy by Kim Sawka. Open to 18+ Continental US
Entry-Form
Posted by Andi at 9:40 AM