The House on Crow Mountain by Rebecca Lee Smith

Today we welcome author Rebecca Lee Smith to Andi's Book Reviews where she is going to share with us an excerpt from her new book The House on Crow Mountain and talks about what it's like to craft a fictional world. Be sure to follow the tour for even more! And best of luck entering the giveaway. 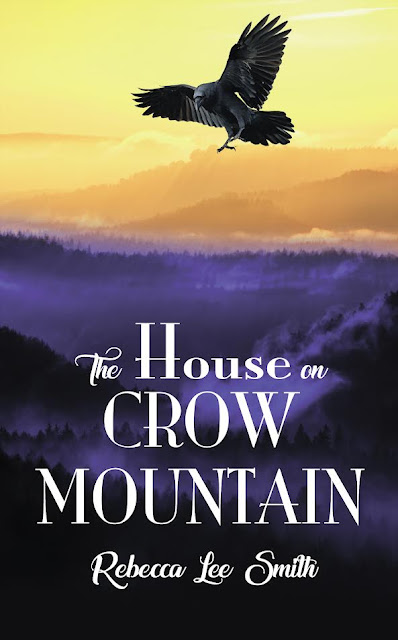 When her aunt suffers a stroke, New York portrait artist Emory Austen returns home to the North Carolina mountains to mend fences and deal with the guilt over her husband’s senseless death. But that won’t be as easy as she hoped.

Someone in the quirky little town doesn’t like Emory. Is it the sexy architect who needs the Austen land to redeem himself? The untrustworthy matriarch? The grudge-bearing local bad boy? Or the teenage bombshell who has raised snooping to an art form? Even the local evangelist has something to hide. Who wrote the cryptic note warning her to “Give it back or you’ll be dead?” And what is ‘it’? As the clues pile up and secrets are exposed, Emory must discover what her family has that someone would kill for.
Read an excerpt:

The piecrust table still sat upside down where it had come sailing through the window the night before. Inside the house, bloodstains from Henry's wounded shoulder streaked across the floor, the oak hall tree lay on its side like a coffin, and one of the oil lamps had been shattered. Everyone said it was a miracle the place hadn't caught fire.

I wrapped my good arm around the wooden porch post and gazed across the meadow at the brilliant azure sky. One lone crow soared overhead. A harbinger of death or a good luck sign? Its glossy black feathers reflected off the sun. The bird dipped across the horizon, leading with its sharp pointed beak, riding the breeze up and down before disappearing behind the woods I had run for my life in the night before. In the morning light, the deadly thistles were invisible, blending in with the tall grass to cunningly disguise their razor-sharp leaves.

James climbed the steps and stood beside me. “Are you ready for this?”

I raked my fingers through my short curls, the same curls he had washed so carefully in the sink at the Thompson Motor Lodge. He held out his bandaged hand, blistered to the bone from holding Daisy's rope, and I took it.

Sheriff Riley rounded the corner of the house. “We've found something.”

Crafting a Fictional World
Before I discovered how much I loved writing mysteries on the cozy side, I wrote a couple of romances. The setting for my first book (written way back in the ‘80s) was a lovely little village outside of London, England, with a magnificent estate looming near the edge of town (isn’t there always?) called Ashford Manor. Looking back, the whole setup was some kind of weird cross between Downton Abbey and Hogwarts. I’d never been to England. At the time, I don’t even think I knew anybody who had been to England. But I’d always wanted to go, and I loved to read books and watch films that took place there. So it never occurred to me that setting a book in a country I had never visited would put me at a disadvantage. My heroine was American, after all, and I thought a quaint English village within walking distance of London, whether one existed or not, would be a wonderful place to spend time in my head while I banged out a 55,000-word manuscript in my quest to get published.

Some authors can do it. They can write about places they will never set foot in and find it exhilarating. Most of them do it so well and make their settings seem so real, few of their readers ever suspect they are creating worlds solely from their imaginations. I am not that author.

A writer’s imagination is a powerful thing, but it can only take you so far. Today, the Internet, which didn’t exist when I was piecing together my version of the English countryside, is even more powerful than the visions I crafted in my mind. Now, I could go online and visit those places virtually. I could walk my characters through a country church graveyard or have them sit on a bench in Hyde Park, and see exactly what they were seeing. I did eventually visit Hyde Park in London, and it had a very different vibe than the one I had written for it. I had envisioned a fun space with crowded family picnics and peals of spontaneous laughter, but it was much more stately and serene. I had tried to make the visual images in my book, from the streets of London to Ashford Manor’s maid’s quarters, feel authentic. But, except for the movies and TV shows I’d seen, I had no real way of validating it.

I didn’t realize how exhausting all this would be, and how much of a time suck, until I set my third book, which I later sold, in the mountains of North Carolina, a place I live near and have visited hundreds of times. It was like breathing a sigh of relief. Like coming home and kicking off shoes that pinched my toes. Finally, I could describe an atmosphere I was familiar with and concentrate on the mystery plot. The sounds and smells of a damp hardwood forest, the sight of a lone crow soaring over the hazy Blue Ridge Mountains, that woozy feeling I get from standing too close to the edge of a scenic overlook: these are the things I could close my eyes and conjure instantly without worrying about whether or not I was getting it right.

I drug that old manuscript set in England out of the drawer the other day and thumbed through it. It wasn’t as bad as I remembered. Oh, the dialogue was cringeworthy. And I used at least forty adverbs per page. And anyone with half a brain would have guessed the ending long before they’d finished Chapter One. But I had to ask myself: Would a reader actually believe the space my characters inhabited in the world I had crafted was somewhere across the pond in England? The answer is—maybe.

As long as they’ve never been there. 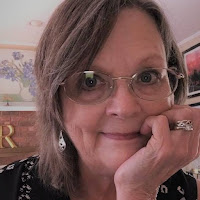 Rebecca lives with her husband and a dog named Wilbur in the beautiful, misty mountains of East Tennessee, where the people are charming, soulful, and just a little bit crazy. She's been everything from a tax collector to a stay-at-home-mom to an award winning professional actor and director. She loves to travel the world (pre-pandemic) because it makes coming home so sweet. Her Southern roots and the affectionate appreciation she has for the rural towns she lives near inspire the settings and characters she writes about.

Rebecca Lee Smith will be awarding a $25 Amazon/BN GC to a randomly drawn winner via rafflecopter during the tour.
a Rafflecopter giveaway
Posted by Andi at 3:00 AM