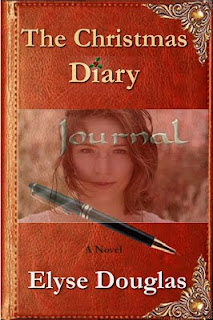 A young woman, traveling to meet her wealthy fiancé for a Christmas wedding, loses her way in a snowstorm and is stranded at a bed and breakfast. In her room, she finds an old diary written by a man who had once owned the house. Moved by what she reads, she sets off on a journey to learn what happened to him.

Alice and Jack are not happy in their lives. Alice has a failing business and is about to settle for marriage to a man who is okay for now, but has his own ideas for her life. And then a mysterious man directs her to a diary and she is compelled to find out more about its author. Jack hasn't been right since his wife left him alone with their two kids. They have an instant connection when they meet, even though it is under unique circumstances. Some kind of a higher power has brought them together, making for a magical Christmas miracle. At the same time, Alice is torn, because she is supposed to be marrying Philip in a couple of days on Christmas. With whom does she really belong?

What I loved the most about this story was the concept of a father looking out for the well-being of his child, even after his own death. I lost my father 1 1/2 years ago and like to think that he is still looking out for me. That part left me feeling warm inside, as much as a budding romance. 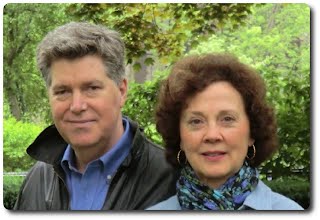 Author Bio
Elyse Douglas is the pen name for the husband and wife writing team of Elyse Parmentier and Douglas Pennington. Elyse's mother was a painter and her father a textile consultant. Elyse began writing poems and short stories at an early age, and graduated from Columbia University with a Master's Degree in English Literature. Douglas grew up in a family of musicians, astrologers and avid readers. His grandfather was a gifted humorist and storyteller from Kentucky.
Elyse Douglas' four novels include: The Astrologer's Daughter, Wanting Rita, The Christmas Diary and Christmas Ever After. They live in New York City.