'What the Hellsville?' Book Barrage 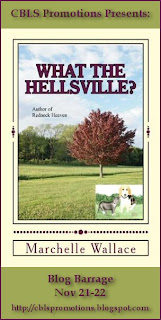 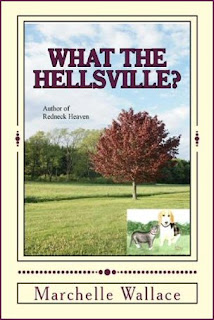 He’s Charmed, She’s Enchanted… (Yep those are their real names)

With names like that do you think you know how this romance ends?

A Moat Monster, A dog named Prince, Twibs and PU’s

Merlyn, Raven, Draco… Do you still think you have it figured out?

“Good morning, Enchanted, I brought you a present.” He said as he extended one of the cups of coffee out for her. She must have been dozing again, because she woke with a start and her lit cigarette arced out of her hand and landed at the base of the tree. He reached out with his free hand and grabbed her before she tumbled out of the tree.

“What the hell are you doing?” She bellowed at him, blowing his hair back with her proximity.

“Delivering coffee to your tree house. Christ, if you’re going to smoke, could you at least hold onto your damn cigarettes?” He asked as he thrust both cups at her. He shimmied down the tree, picked up her cigarette, snuffed it out, and put it in his pocket, just as he did the previous day. Then he climbed back up the tree and snatched one of the cups of coffee from her before she got any idea that they both were for her. “If you’re going to sleep in this rotten tree, the least you could do is not light a cigarette before nodding off. Your grandmother is right; you are going to scramble your brains one of these days.”

“I wasn’t sleeping, I was basking.” She told him evenly as she took a grateful sip of coffee. “Oh this is so Heavenly. I should have thought of bringing coffee out with me. You may leave now, this is a private ritual.” She told him regally, as she sipped her coffee, and shut her eyes to slits to enjoy the sunlight on her face.

“Shove over will ya; you’re hogging all of the branches.” Charmed told her as he nudged her with his leg.

“I told you this is a private ritual, and a private tree. There is only enough room for one person for a reason.”

“I want to bask too. It looks like fun. Besides, I not only made you coffee, but I also made you breakfast, so the least you can do is share the tree.” Charmed told her reasonably.

Chan popped open one eye and glared at him. “Making coffee does not entitle you to any part of my tree.” Before she knew what he was doing, he knocked one of her legs aside and slid down the gnarled old tree so that he was facing her. They both straddled a branch of the tree and they looked like they were riding an old broken down horse.

“There, that’s better, now we can both bask together.” Charmed told her, laughing at her scowling face. He itched his back against the rough tree limb, gingerly took a sip of his steaming coffee, sighed a contented sigh, turned his face up to the sun, and closed his eyes to bask in the glory of the June day.

“You almost made me spill my coffee and you know how I am without enough coffee in my system.” Chan told him as she slid down the tree limb trying to put on the breaks so that she didn’t end up squashed against him. He looked like he was having a hard time staying on his side of the tree too; his feet were braced on the bottom part of the limb that he was trying unsuccessfully to lean against.

“Shh, you’re spoiling my basking with talking.” He told her, taking another sip of coffee and turning his face heavenward yet again.

She arced her foot up to kick him and gravity took over from there. Both of their butts slid the rest of the way down the tree limbs until they were wedged into the crotch of the tree, face-to-face, almost chest-to-chest, helplessly staring at each other. Charmed reached out and brushed a lock of hair from her face. He gently brushed the back of his hand down her face. He took her cup of coffee from her hand and plopped it on the ground, his followed suit; somewhere in the deepest trenches of his brain, he hoped they didn’t break or if they did break that they weren’t horribly expensive family heirlooms that he would have to replace somehow.

Charmed hooked his foot behind her leg and pulled her even closer. “There, that’s much better.” He told her as he leaned toward her, intent clearly written on his face.

“Enchanted.” He whispered against her lips. He pulled her legs closer and ran his hands up the outside of her thighs, up her rib cage and back down, pulling her closer still. He ran his tongue lightly over her lips and feathered kisses across her sealed lips. She sighed, closed her eyes, and opened her mouth as she leaned closer to him.

He took that as agreement and plundered her mouth with his tongue. She ran her hands up his back, inside of his shirt. He grabbed hold of her hips and inched her closer to his raging desire, still keeping contact with her luscious lips. She slid closer to him, and draped her legs over his so she could feel his throbbing erection better through both of their pants. He threaded his hands in her hair and held onto her head for better access.

Enchanted and her grandma Sarah Hells are two of the crassest, obnoxious, headstrong women you will ever meet. The words that come out of their mouths will have you shrinking in embarrassment while simultaneously laughing out loud at some of their antics. Charmed is a good match for Enchanted, though there is something mysterious and sneaky about him.

If you like redneck humor with some steamy scenes, then this is the book for you! 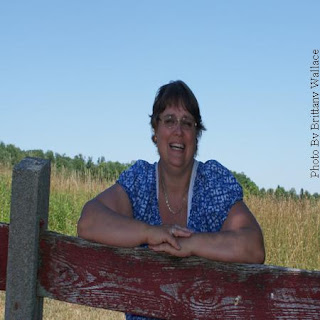 I live in a very small town in Northern Pennsylvania. I am blessed with one of everything... one husband, one son, one daughter, one dog, one cat, and a pet bunny. I have always wanted to be an author and have been writing stories in my head for years.

When not writing, I am a Bookkeeper and Tax Preparer. I enjoy cooking, swimming, crocheting, flowers, wild birds, cute scarecrows (not the scary kind), photography, and the Pittsburgh Steelers. In my spare time, I volunteer at the local senior center, public library as well as various church activities.

I am an avid reader, reading mostly romance, although I am willing to try almost any book that is recommended. I like to be entertained but not scared. My favorite authors are Jennifer Crusie and Janet Chapman. My favorite books are Faking it, Agnes and the Hitman, Bet Me, the Highlander series, The Man Must Marry, and the Magic Series by Patricia rice.

I love country music and listen to it every chance I get. I can be found dancing to the beat everywhere I go. My favorite season is Tax Season.

I am a 2010 and 2011 Participant and Winner of NaNoWriMo (National Novel Writing Month www.nanowrimo.org). Participating in NaNoWriMo helped me take two of the stories from my head to the page. It was an awesome experience and I recommend every budding author give it a try.

I am a member of Romance Writer’s of America

Redneck Heaven is the result of Participating in NaNoWriMo 2010.

What the Hellsville? is the result of Participating in NaNoWriMo in 2011.

Prize is 10 eBook copies of “What the Hellsville?” (1 each to 10 winners). Contest is tour-wide and open internationally. Must be 18 years of age or older to enter. Ends Nov 27.