Once Upon A Zombie Apocalypse or (OUAZA) as the fans call it, is a short story episodic saga written by K.B. Miller and Jennifer Malone Wright. The first episode is from both Jade and Kylee's perspective and is two separate novella's. The same story, but from two different characters. It is done this way with the first episode only, so that you can meet our girls and really get to know and love them like we do. 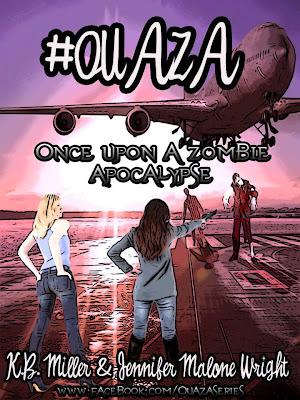 Each following episode will be written solely by one of the authors and available through their links. 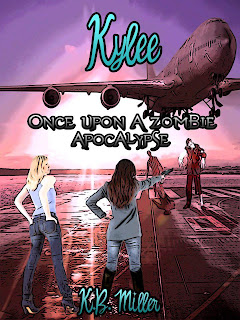 Once Upon a Zombie Apocalypse
~ Kylee
by K.B. Miller

Chemical Warfare has turned most of the world’s population into flesh eating Zombies. These are the accounts of two survivors.

Kylee and Jade are on their way from one author convention to another. After saying goodbye to all their friends, they never dreamed the plane would land with them fighting for their lives.

Kylee Mahafferty lived a life of luxury, jet setting to big cities around the globe, high dollar shopping sprees, and downing copious amounts of her favorite fu-fu-non-fat lattes'. But, that life's suddenly been replaced by one with a simple objective, survival. Kylee's best friend, Jade is the only thing holding together the slippery tendrils of her unraveling mind.

With their first mission being to find their families, will the girls manage to save their families while trying to save each other.

Just a few days ago, my biggest worries in life were whether, or not I was spending enough time with my family, and if my doctor was going to shit a brick again because of my caffeine habit. Sweet Jesus, what a difference a day makes.

I'd never fed into all of that end-of-the-world doomsday nonsense my best friend, and co-author, Jade used to go on about. I mean, it was all just fodder for the fantasy stories that we wrote; Aliens raining down from the skies to take over the world, beautiful creatures lurking in the shadows of the night to suck the very life from you, or my personal favorite... gorgeous, shirtless angels falling from grace to save the damsel in distresses soul from an eternity in purgatory. None of that was real though, right? Yeah... that's what I thought up until two days ago when all hell broke loose.

Thankfully she and I were together, headed to another book convention when it all started. Unfortunately, we were separated from our families by hundreds and thousands of miles. Getting home is our first priority. Killing as many of those "things" as we can is just a bonus.

Jade and I made an agreement, because we earned our living telling stories, we're going to document our journey by putting pen to paper. That way, if the unthinkable happens and we don't survive this insane new world─ our stories will. They'll be timeless... gross and graphic, but timeless.

Our nightmare has only just begun, and we've already been through the mill, but I have no doubt that the road ahead will be paved in endless fear, terrifying anguish, mind-shattering pain, and more of those creatures... those zombies. I'm petrified at how this could end.

May God be with all of us and keep us safe.

P.S. Coffee sucks during the apocalypse! 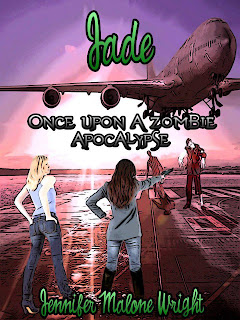 Once Upon a Zombie Apocalypse
~Jade
by Jennifer Malone Wright

Blurb
Chemical Warfare has turned most of the world’s population into flesh eating Zombies. These are the accounts of two survivors.

Kylee and Jade are on their way from one author convention to another. After saying goodbye to all their friends, they never dreamed the plane would land with them fighting for their lives.

Jade Warwick has been preparing for the end of the world for years, but she never thought the world would end with zombies. The only thing salvaging her almost lost sanity is the fact that she is with her best friend, Kylee
.
With their first mission being to find their families, will the girls manage to save their families while trying to save each other?

I always knew the world was going to go to shit, I just never thought it would be this way.

The part that pisses me off the most is that people like me aren’t supposed to be surprised when the shit hits the fan. I have been preparing for the next world war or natural disaster to happen. But never, ever in my wildest dreams did I actually think that mankind would end with zombies.

It’s so ironic. As writers, we create these horror stories for others to read about. All of it is simply fiction, stories that rot our minds and entertain us, but are never really a possibility.

When it happened, Kylee and I were together, thank God, and we managed to survive the first day. We promised each other that we would document the days of our journey so that our words would become immortal … because we are not. No one is safe now. Anybody can turn if they aren’t careful. The zombies aren’t our only fear either. The people have become something just as bad, maybe even worse. When disasters happen, people lose their humanity as the will to live drives them into survival mode. I’ve seen enough TV shows and read enough books to know what happens to people, but that is something to worry about later. Right now, my only purpose is to find my family. Well, we kind of have to find Kylee’s family first because they are closer, but still, the mission remains the same.

I don’t have a clue how we are going to do this. My preparations included shelter, food, water, and weapons. They never included my being on a freaking airplane and landing on a side of the country that I’ve never even been to. I have nothing, nothing that I expected to have when this happened.

Our journey has only begun. I’m just glad that I’m not alone.


Author Bio
K.B. Miller and Jennifer Malone Wright are both authors of the paranormal and urban genres. Once Upon A Zombie Apocalypse came about after many discussions on how they would survive the zombie apocalypse. Their survival strategies were so different from each other on some accounts; they decided it would be fun to see the two differences trying to survive together. K.B. and Jennifer met as mere acquaintances and have now formed a life-long friendship.

K.B. Miller is best known for her best selling series The Moon Coven. She has several other works in progress which will release in 2013. At home, K.B is a full time writer with a very supportive husband and son who is too smart for his own good. In her free time K.B. likes to read, dabble in graphic design, watch her favorite shows, and spend time with her other love … coffee! She is also an owl enthusiast and swears she will someday ride a unicorn. 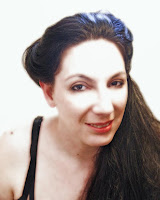 Jennifer Malone Wright is best known her YA paranormal series The Vampire Hunter’s Daughter. Her other works include the follow up to The Vampire Hunter’s Daughter called The Arcadia Falls Chronicles and her other vampire novel The Birth of Jaiden. Jennifer is the mother of five crazy kids and wife of a soldier. Jennifer also loves coffee, talking on the phone with her equally crazy friends and has a passionate affair with Red Bull.
Posted by Andi at 12:00 AM