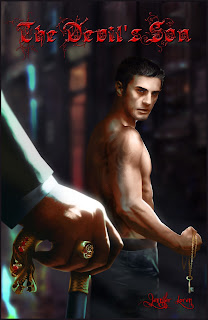 Chief of Police, Brady Simone is determined to go after the man that killed his parents but his new brother-in-law, Nicholas Jayzon, is doing everything he can to point him away from the man known as “The Barron”. The Barron, or rather, Dennis Savage, has inflicted his own kind of evil on people for longer than anyone can remember. Savage has no fear because no one can touch him, no one can get near him … except Nick. With darkened tenacity, Savage has watched Nick since he was a child and has never given up on his pursuit of him. He will do anything to have Nick join him and become a part of his organization. Savage will even allow Brady Simone to pursue him for a time, without killing him. For the sake of his sister’s happiness protecting Brady is important but keeping Savage away from his sister is Nick’s primary goal. If Savage learns of Lena, she will instantly be marked for death. Nick has no choice but to meet Savage in his own territory and ask for a favor, something he has avoided at all costs until now. Their meeting is ominous. It brings back memories and rekindles Savage’s desire to have Nick take the place where his father once stood. Will Nick be allowed to decline Savage’s offer again? Or will Nick find killers on his heels, ready to take his place in Savage’s favor? Or will Savage simply kill everyone that gets in his way and replace his desire for Nick with the only one that can replace him - Nicky?
“Savage’s voice cuts through my pain and releases me, allowing me to finally see again. To see Nicky hiding under the table, crying for his mother while Eey stands guard in front of my son with a ferociousness that even I wouldn’t dare go near. But it is Kayla that begins to weaken by his hands, slowly closing her eyes and beginning to near death while I can do nothing but watch. I have no choice now …” Nicholas Jayzon

Come and play! We're going to have a blast with author Jennifer Loren and celebrate her book The Devil's Son, and all things Nick Jayzon. We'll be partying it up Friday, March 8th from 6:30-10:30 EST. We have tons of amazing prizes, and the theme for the event is Mafia!! 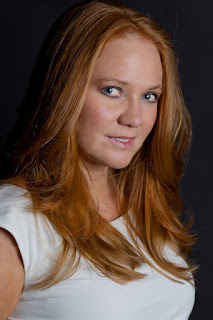 About the author
Jennifer Loren graduated from Rochester Institute of Technology with a Fine Arts Degree, specializing in Architecture and Design, and also obtained a second degree in Computer Design. She currently lives in Atlanta, Georgia with her German Shepherd, Riley. Since she started writing as a child, her aspirations to be a writer have always been in the back of her mind. During the recent troubling economy, she was laid off along with many in her industry. There was little hope for a job and even less so, when the eye disease, Diabetic Retinopathy, finally took its toll, she lost her eyesight in her left eye completely, and partially in the right. With little hope and little options she retreated into the world she knew as a child and rediscovered her love for dreaming up stories. The love continued through various surgeries and when she regained a majority of her eyesight, she decided to pursue an old pastime and the new passion in her life.