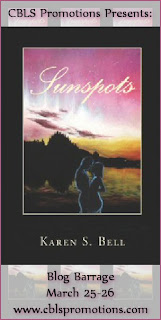 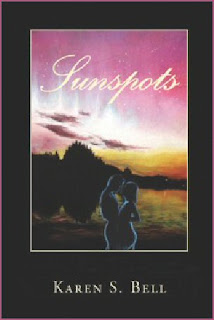 Blurb
“One can never be, and should never be, smug about life,” says Aurora Goldberg. An aspiring New York actress who has never realized her dreams, Aurora keeps herself afloat by doing odd temp jobs where her rich fantasy life helps her get through the day. Aurora sees the world through the lens of characters in literature and film and these fictionalizations are woven into her interpretation of reality.

On one of her temp assignments she meets Jake Stein, a man who could “charm the skin off a snake” and she decides to follow her destiny as his wife in Austin, Texas. But Jake's sudden death after two short years disintegrates her world and Aurora must reevaluate her life and let go of a love that has become an obsession.

With the help of friends, family, and the ghost of Viola Parker (her home's original owner), Aurora accepts her fate and the secrets revealed about Jake's true character. She realizes that in this life she will finally break the cycle of pain caused by her love for this man, Jake Stein, through the centuries.

Although I had started to speak, I immediately fell speechless creating another awkward moment as his dark flame-throwing eyes studied my face. He was smiling and I could see dimples forming on either side of his mouth. We just stood there, apart, in silence, yet there was an unmistakable sexual tension gluing us together like Kelly McGillis and Harrison Ford in Witness or Omar Shariff’s Dr. Yuri Zhivago and Julie Christie’s Lara Antipova. When he finally spoke, he asked me if I could recommend a good restaurant nearby elongating his vowels in a cute Southern accent that I would later learn was peculiar to Texans.

“If you like French cuisine, there is a wonderful place right around the corner, La Grenouille. I believe it’s quite popular with some of the executives here,” I said no longer mute, and handed him a business card that was kept in a stack on the desk.

“Would it be too much trouble, ma’am, for you to call and make a reservation?” he asked in a faux subservient manner. “I can’t understand French accents, especially over the phone.”

“Of course… sir,” I said returning his request with sugary sarcasm. I was, after all, nobody’s secretary and certainly not of the vintage that brought forth ma’am from the lips of a virile stranger. When I got the restaurant on the phone, I looked up and asked casually, “For what time, sir?”

And then he paused, looked at me with a gleam in his eye and said quite softly, “Well, let’s see. What time is good for you?”

Shocked but not rattled, I responded without any hesitation, “Now,” I said steadfastly meeting his gaze, “Now is perfect.”

And that’s how I met Jake Stein and sealed a future that fate ordained. Life-changing events seem to come when you’re ready even if you’re not aware of their import. Intuition can nudge feelings into your conscious space making a seemingly ordinary encounter, like a dropped book, one of great significance. Somehow, I understood that then and I understand that now. Meeting Jake Stein was my dance with destiny.

We instantly harmonized, interacting on two levels. The overt reality of the commonplace chitchat, sexually charged banter, and frothy intellect contrasted with a covert reality, a place where everything had deeper meaning, connection, and familiarity. In some cosmic way, our unspoken language was far more important than the spoken. Scientists might describe our attraction as the interaction of airborne pheromones—chemical messages emitted through our skin conveying our primal sexuality. Indeed, we seemed to be enchanted at the deepest levels of our instincts. Two realties happening at once—the outer and the inner—one a slick manifestation of the intelligentsia, the other a calming and gentle journey afloat a timeless river.

Throughout our initial encounter, playing faintly in my mind was the music from the sappy but tender, A Man and a Woman, my mother’s favorite movie when she was a teenager and strangely at odds with her penchant for a counter-culture way of life. She played the album all through my childhood—sealing my connection with whispery French sounds to all things romantic. And so that haunting melody was my personal soundtrack as we walked to La Grenouille.

My prudent study of this man, this Jake Stein, as we nonchalantly strolled along, was intentionally unintentional—I absorbed him as if he were liquid. My senses were on high alert, a spy observing my target in secret. Now, wafting about my face and filling the air around me was a hint of soap and expensive cologne. Now, smooth fingertips lightly touched and guided my arm bringing an explosion of sensuality but also feeling like a safe harbor. Now, upon my ear, the pleasant cadence and timbre of his voice sounded like a sweet symphony. My darting eyes savored his honey-tanned and smooth complexion and nose of quality, straight and sharp (but not too sharp). Luxurious thick, jet black, wavy hair fell casually over intense brown eyes. There was strength, a physical strength to his tall, elegant, Jeremy Irons frame. A noble grace to this huckster businessman. And his sensuous lips with just a hint of fullness, lips that I could almost taste—wanted to taste—formed words so provocatively. Later, in the privacy of my own thoughts, I would relive, with a slow and deliberate progression, these mesmerizing details that stirred me to my core.

Review by
Tahlia Newland Awesome Indies
“SUNSPOTS is a moving, beautifully-written mystery about the devastating consequences of obsessive love.

Bell’s elegant prose not only describes the events and scenery of this self destructive love story in riveting detail, but also skilfully evokes the atmosphere both internal and external. The structure of the story is very clever. At the beginning of the book, our empathy is aroused for grieving widow Aurora Goldberg. It appears that she had the perfect marriage to charming Jake, but as the story progresses, we and Aurora discover Jake’s secrets, so shocking to her that she is forced to re-evaluate their love. Through eyes opened by the truth—and helped along by the visions provided by a ghost—she sees that all was not as rosy as she had believed. Not only that, but the legacy he left her could be life-threatening.

Popular fiction tends to romanticise love where one looses themselves in the other, or feels completed by the other, or feels they cannot live or be happy without the other; Sunspots takes this kind of notion to its extreme to show how disempowering an obsession with the object of our love actually is. Obsession not only blinds you, it makes you weak, needy and boring. Your partner is likely to turn elsewhere to get away from your clinging, especially if you end up harping on at him that he never gives you any attention anymore. It’s dangerous to let your whole life revolve around one person, for when they leave you—by death as it is in this case—you are devastated. As the book progresses we come to see how much Aurora has brought her crippling grief upon herself. She literally looses herself in this obsession.

Bell brings a metaphysical element to the story with the addition of Viola Parker, the ghost of the sister of Aurora’s last incarnation. With her help, Aurora sees that this pattern of obsessive love and betrayal by Jake—in his previous incantations—has been repeated in past lifetimes that ended with Aurora’s suicide. Viola urges her to take a different path in this life and cut the cycle of self-destruction.

Bell deals with interesting themes here, that we tend to repeat patterns until we make a conscious effort to change them, that the past can be changed by actions in the present, and that when someone ‘saves’ us with love, in a healthy, balanced relationship we also to some extent ‘save’ them.

Highly recommended to anyone who likes psychological depth in their romance. I give it 5 stars and a place on the Awesome Indies list.” 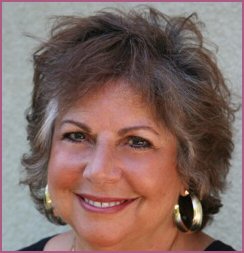 About the Author
Walking with Elephants was my first novel, although I am not new to writing. I was a theater critic and celebrity interviewer for a weekly tabloid in Jacksonville, Fl and I earned a Master’s in Mass Communication from Oklahoma State University. For 15 years I worked in Corporate America as a technical editor/editor/writer. I experienced first hand the politics and intrigue that goes with that territory and the balancing act that comes with being a working mother. I salute all those mothers who are the glue that holds their families together while pursuing the nine to five brass ring. And that is what inspired me to write that novel.

With my second novel, Sunspots, I continue to be in awe of the magical and wondrous phenomenon called life. As an observer and obvious participant in feminine values and approach to our human challenges, I bring this perspective to my work. Fascinated by the mysteries of the unseen forces that perhaps play a role in guiding our choices, I search for answers in the mundane as well as in the cosmic forces that surround us.