Excerpt Tour for 'To Catch a Bad Guy' by Marie Astor 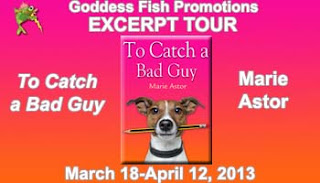 Welcome to the Excerpt Tour for To Catch a Bad Guy by Marie Astor. Each stop along the tour is hosting an exclusive excerpt from this book. Thanks for stopping by! 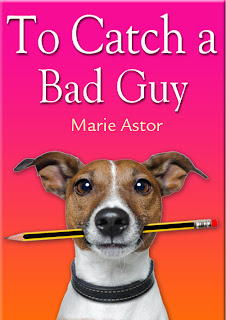 To Catch a Bad Guy
by Marie Astor

Janet Maple’s stellar career ended with a layoff and her boyfriend of five years told her that he wants to be just friends. When she lands a job at one of New York’s premier boutique investment firms, Janet begins to hope that her luck is finally turning for the better. Not only is she happy with her new paycheck, but things also seem to be looking up on the personal front, as the company’s handsome attorney expresses keen interest in Janet. However, her euphoria is short-lived, as Janet soon discovers alarming facts about her new employer’s business tactics. When her boss dismisses her suspicions as groundless, Janet finds herself confiding to a cute IT engineer, Dean Snider. The closer she gets to Dean, the more Janet is tempted to break her rule of not dating co-workers, but what she doesn’t realize is that everything she knows about Dean, including his occupation and even his name, is a lie.

Dennis Walker is a top-notch white collar crime investigator who will stop at nothing to put culprits away. When an opportunity for an undercover assignment at one of New York’s premier boutique broker dealers comes up, Dennis jumps at the chance, adopting a persona of geeky IT engineer, Dean Snider. While he may be an ace at his job, years of experience fail him when Dennis meets Janet Maple and finds himself torn between his professional obligations and his personal desires. Will he have to choose between his feelings and duty, or will he find a way to satisfy both?
~~~~~~~~~~~~~

Janet Maple took a deep breath while she waited for her train to arrive. She was twenty-nine years old, but this morning she felt like a first-grader. The same sickening feeling churned her stomach that she remembered when she first entered a room full of strangers as a five-year-old. She was much older now – a professional with a law degree to boot, and, until recently, with a successful career at the District Attorney’s office, but today none of these things gave her comfort or confidence.
It was not merely the prospect of starting a new job that gave Janet the heebie-jeebies, but it was the fact that she would be working for Lisa Foley. Talk about stirring up old insecurities… Lisa Foley had been the queen ‘b’ in high school. Come to think of it, Lisa was still the queen ‘b.’ Every time Janet talked to her best friend from high school, Lisa never failed to bring back ‘the old glory days’ as she called them. With friends like Lisa, who needed a time machine? One could always count on Lisa’s sharp memory to recall every embarrassing incident of adolescence.
Well, the past is the past, Janet thought. I should be thankful to Lisa for giving me a job. When your former boss also happens to be your ex-boyfriend, the subject of references becomes dicey to say the least. Regardless of how stellar one’s background looks on paper, employers always want references, but Lisa had hired Janet without any references. In fact, Lisa’s phone call had come with unsettlingly perfect timing. Just as Janet was about to give up all hope of white-collar employment, her old friend had come to the rescue. That was another one of Lisa’s remarkable qualities: for as long as Janet had known her, her friend seemed to have a radar for people’s misfortunes. In high school, Lisa was always the first to know who got dumped, who didn’t make the cut on the football team, and whose parents got laid off. So it was not surprising that Lisa knew about Janet’s being “downsized” by the District Attorney’s office, and when she offered her a job as Assistant General Counsel at Bostoff Securities, Janet literally jumped at the chance.

Marie Astor is the author of contemporary romance novels This Tangled Thing Called Love, Lucky Charm, On the Rim of Love, romantic suspense, To Catch a Bad Guy, and a short story collection, A Dress in a Window. Marie is also the author of young adult fantasy adventure novel, Over the Mountain and Back.

On the Rim of Love – a contemporary romance about the unexpected power of love.

A Dress in a Window – a collection of short stories about love, coincidences, and fate.

Over the Mountain and Back – young adult fantasy adventure novel about a boy who takes his snowboard for a ride and finds himself in a magical, hidden world he never knew existed. 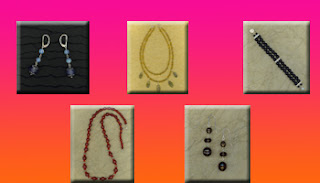