Interview with Hadena James, author of 'Life and Dysfunction of Nadine Daniels'

Today I would like to welcome Hadena James to the blog. She shares a bit more about herself and her latest book, The Life and Dysfunction of Nadine Daniels.


What was the inspiration behind 'The Life and Dysfunction of Nadine Daniels'?

I was looking to write something “different”. I had written quite a few hard-boiled mysteries, but I wanted to expand and write something lighter. I wanted it to have elements of comedy and an “almost” romantic subplot.

How alike are you and Nadine?

Our biggest shared trait is our dislike of cooking, but I also tend to be forgetful (like her).

Let's say this book is chosen to be developed for the screen. Would you want to write the screenplay yourself? How much involvement would you want in the process?

Would I want to personally write the screenplay? No. However, Nadine’s dry and somewhat warped sense of humor would require me to be very involved. I’d turn into a hover and the screenwriter would hate me.

What is so appealing about writing thrillers?

What are some of your current works in progress?

Where have some of your most memorable trips around the world been?

Berlin, Germany. I fell in love with the city the moment I got over jet-lag. I spent a good amount of time there and it was just the most amazing place ever. The people were all very nice, the city itself was beautiful and it’s a good thing we had digital cameras, because I brought back over 2000 pictures.

You like to listen to music while writing. What genres/bands do you favor? Does that tend to change, depending on what you're writing?

I almost always listen to either German Rock or classical when I write. My favorite bands are KMFDM, Rammstein, Oomph!, Eisbrecher, and L’ame Immortelle on the rock side. I like German and Russian classical composers when I listen to classical. It doesn’t change depending on what I write, I listen for the beats, not the words.

If you could become a character in any book, which would you choose?

Sherlock Holmes – I know that’s odd, but not only was he my first fictional crush, I would love to have his powers of observation and cold, logical determinedness.

I have three degrees; history, Russian and German, but I started college with the intent of becoming an archaeologist or Egyptologist and it is very hard for me to keep my passion for history out of my writing.

Thank you for taking the time to learn a little about me! 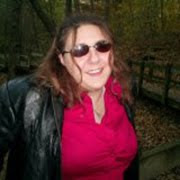 Hadena James began writing at the age of eight. As a teenager, she had several short stories published in literary magazines. She completed writing her first novel at the age of 17. Hadena graduated from the University of Missouri with a degree in European History with minors in German and Russian studies. She has always wanted to be a writer so she also took several classes in creative writing.

Hadena’s primary literary genre is action/thriller. She currently writes two series, both use action/ thriller. “The Brenna Strachan Series” uses fantasy and the “Dreams & Reality Series” uses murder mystery as its secondary genre. She continues to explore and expand her writing and hopes to soon produce a comedic action/thriller.

When she isn’t busy writing or running her business, Hadena enjoys playing in a steel-tip dart league. She also loves to travel throughout North America and Europe. Her favorite cities are Chicago, Illinois and Berlin, Germany. She is an avid reader, reading everything from the classics like Jane Austen to modern writers like Terry Pratchett. One of her all-time favorite books is “Good Omens” by Neil Gaimen and Terry Pratchett. She writes all of her books while listening to music and the bands tend to get “honorable mentions” within the pages. 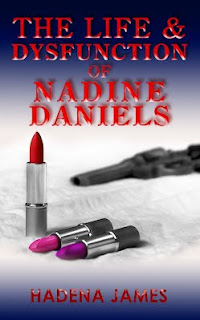 Nadine Daniels’ life is a disaster. The security company that she owns is being sued, her mother is coming to visit for a week, and some unpleasant realities about her “charity” work are about to surface. She thought this was as bad as it could get, but she was wrong—dead wrong.

Someone believes she knows a secret – a secret worth killing for. With assassins tracking her every move, Nadine wishes the only thing she had to worry about was her mother pestering her to settle down with her suspected live-in boyfriend, Zeke, but she can’t think about the future when the present might end with her death.


His frustration was evident. While my situation still sucked, at least it was looking better. If I could just stay alive long enough, I would be saved.

“That would probably be the most interesting thing you’ve said all day.” He sat back down, facing me. I would have preferred him up, pacing the room, clawing at the walls, but I’d take what I could get.

“Actually, it’s not that interesting. I was attacked by a tiger. He got a good chunk of meat from my leg, I had physical therapy for two years and a couple of really nasty scars, but otherwise, it was just like any other day.” Even the attack hadn’t been that extraordinary. He was hungry, I looked like lunch. No harm, no foul. I never hold anything against large predators; they’re just doing what instinct tells them.