His debut novel was published in Summer 2015.


It’s quite commonplace for someone of my age (nearly 70) to say that they feel just the same as they did when they were a teenager. I frequently do it myself but the statement doesn’t stand up to close internal examination.

Nowadays, it can be more a memory of what the hormones should feel like than the real thing. The spirit’s willing but the flesh weak. The only similarity is that procreation isn’t the primary driver at either age. Although surprises can happen in both age groups, they are rather more common at the younger end.

Funnily enough, I think both age groups are more likely to take the idea of God more seriously than those years in between. The young are asking what does it all mean? The old, what has it all meant? What is it about plays against what was it for.

In old age, there still is a bit more life to be lived. Statistically, I can hope for another decade or a bit more, while having to reckon with the thought that I could keel over any day, or be diagnosed with something awful. The young usually don’t fall prey to these thoughts, for them the probabilities are lower. For the old, there is the stream of funerals to be attended (the only necktie I ever wear nowadays is black) and the most dismal of all, visiting those even more elderly in the nursing home, with the consequent feeling that maybe death isn’t such a bad thing. Yet, when I meet someone I know in the street, my eyes can still light up at the prospect of a short conversation and maybe a spot of banter.

And what has life meant? It feels like everything that has happened, the good, the bad, the exciting, the desperately sad, they all had to be. There is an old Rabbi joke that life begins when the kids have left home and the dog’s died. That suggests a late paradise for my wife and I as we go on smart cruise holidays and share relaxed evenings, her drinking a glass of prosecco and me plumping for a fine claret. We certainly hope for a bit of that. But there’s far more pleasure for both of us in seeing our kids as adults, and hoping that when they’re old they’ll look back on life saying it had to be like this.

I do still walk the old family dog across the fields, as he too considers alongside me, what has it all meant? It’s not a lot different from when as a teenager. I’d walk the former old family dog round the park when I got home from school. I still mourn that guy’s passing as much as I will do shortly when this fellow reaches his time. I’ll hope that when it’s my turn to knock at the door, there’ll be two joyful barks and St Peter will feel he’s no choice but to let me in. And one day all the family I’ve known, from grandparents to grandchildren I’ve never seen, will meet again on God’s golden shore. Old friends will be there too, nobody missed out.

That’s what this old man dreams for. Sadly it ain’t necessarily so. 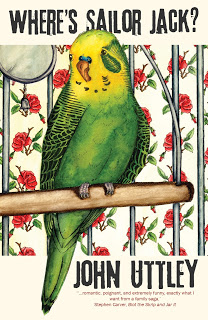 A family saga that takes in three generations of two families and all the struggles, tribulations and fireworks that you would expect as well as plenty you wouldn’t. Where’s Sailor Jack is the story of Bob Swarbrick’s journey from Northern-grammar-school-boy to business magnate through the break up of his marriage, the arrival of a new lover and an unhurried, consistent search for meaning in his life.

Bob and Richard are grammar school boys ‘done good’. Starting life in similar working class homes they have progressively climbed the ladder until they are able to both sit comfortably as champions of industry, and look back on their achievements and failures with the keen Northern wit that never left them, even after years of exile life in the south.

As they reflect on their lives, loves and business decisions both try to find an explanation to fit their lives: Bob seeks purpose, Richard meaning. While soul-searching, the reader is witness to an exemplary part of British history - from their childhoods in post war Northern England to the boom years in a prospering South (before survivors guilt starts to bite in their latter years and they wonder just how their opportunities would have worked out if they were born a few decades later).

The book covers and takes a unique look at romance, religion, business sense and social mobility but does so with wry tongue in its cheek whilst looking for a laugh, not a deep and meaningful conversation. 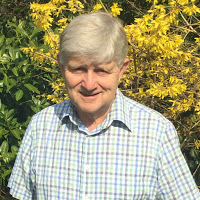 John Uttley, 69, was born in Lancashire although he now lives just outside London. Where’s Sailor Jack is his first novel. Not fancying a memoir, or his family’s story, John instead recorded his Lancastrian sense of humour as well as documenting a tumultuous, exciting period of British history. History John just happened to live through. John had a successful career in the electricity industry, being there for the start of the National Grid Company, the Miners’ Strikes and the Sizewell Inquiry. He recently studied for an external Divinity degree.

Find out more about John: