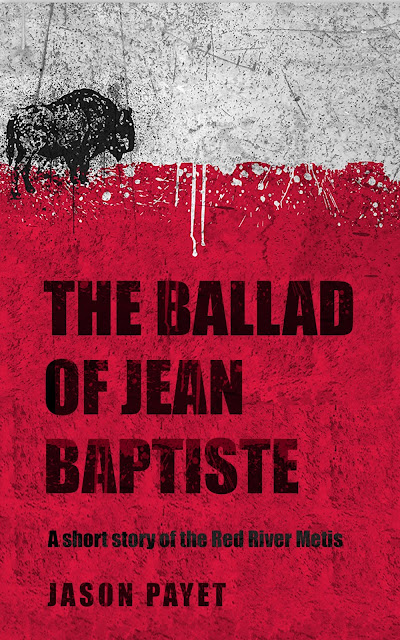 The Ballad of Jean Baptiste

Jean Baptiste Malaterre is a hunter and a soldier, a husband and a leader, but he has a secret that is destroying his standing within his community and within his own family. Based on an actual event from the days before modern-day Canada was established, the author, Jason Payet, has created a fast-paced short story as a glimpse into the life of a man whose place in history deserves a greater appreciation than the account of his life that has been passed down over the generations. Malaterre struggles with choices and attempts to deal with a threat to his people and, in the end, he rises above the discord to provide for his family.

The sounds of gunshots scatter high above the tree tops, pushing their way along the water and between the green ash along the river below. Then...silence.

Moments pass. Labored gasps and the crackling of branches and underbrush rise up from the bank. A dark figure navigates between the trunks and broken stumps, stumbling and tripping over his feet, recovering enough to keep going. As far away as possible, but not before glancing over his shoulder to ensure there is no one following. He stops and peers in between the trees for any sign of movement, any shadows or signs of life. Catching his breath he turns once again and regains his pace, toward the trail and into the brightness of the clearing.

Back at the river the body lies still...face, staring skyward, and torso just inches below the murky surface, with boots resting on the muddy bank. A bullet hole at the front of his vest is washed clean by the flowing water, but a crimson thread escapes from behind his left shoulder and into the current from where the knife entered. Scattered about are footprints, a felt cap, a handkerchief, torn clothing. There is no sound but the rolling water and a gently rustling breeze. Leaves and debris have freed themselves from the Spring thaw and they tumble over the body's legs, gliding swiftly past the open eyes. A chickadee flits onto the toe of a boot, then lifts itself off into the air and into the bush. Morning's sunlight flashes and reveals the length of the river as it turns away to the north and off toward the fort. It flutters in and out between the sway of the trees and dances against the barrel of the long gun. Summer is not quite here yet, but this morning is already pleasant and mild.

Jason Payet is Metis and lives in the Red River Valley region of Canada near Winnipeg, Manitoba. He is an artist and a self-published writer, and he lives with his two boys and Jack Russell terrier, Buddy. When he's not writing, Jason can be found fishing for walleye down at the Assiniboine River, or enjoying a slice of pepperoni pizza and glass of red wine at Slippery Pete's Cafe.
Posted by Andi at 3:00 AM
Labels: book promo, book sale, excerpt, Featured Fiverr, free, historical fiction, sale, short stories