Review of Interference (A Pilots Hockey Novel) by Sophia Henry 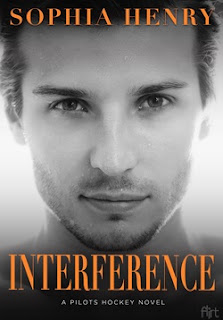 Linden Meadows doesn’t back down from anyone, especially if her family’s involved. So when her little brother’s new hockey coach benches him in the middle of a game, Linden lets him have it. She also notices that the coach is way hotter than she expects, but Linden won’t let herself get burned by another athlete. Been there, done that—and had a kid at seventeen to show for it.

When Jason Taylor isn’t taking abuse from hockey moms, he’s patrolling the streets as a member of the Bridgeland PD. After Jason pulls Linden over for speeding, he begins to see that there’s more to her than a big mouth . . . or a lead foot. Their chemistry leads to good company, intense conversation, and an intimacy that pushes beyond the boundaries of friendship. And yet Linden’s decision to keep her now three-year-old son, Holden, is a painful reminder to Jason that his own mother gave him up for adoption.

Linden’s sure she’s found the man to round out their family. But when Holden’s deadbeat dad forces his way back into the picture, Jason starts to back off. He needs time—to heal, to grow, and to love with all his heart.

I was drawn to this book because it looked like a sports romance. For some reason, I have been a sucker for those as of late. But while this one does have a hockey theme, with Jason being a part-time hockey coach and his brother playing for the Detroit Red Wings, it isn't as present as one would have expected. That's okay, because the romance is the focal point, particularly with each one dealing with their mama issues. Jason has never forgiven his birth mother for giving him up. Linden, or Indie, had her son while she was still in high school and had never dreamed of giving him up. This is a unique conflict of sorts in this book and it plays out nicely.

I love Indie. She lives up to her nickname. Yes, she got pregnant when she was a junior in high school. Yes, she lives with her mom and her little brother. But she also works two jobs to put herself through school and her main focus is on her young son. She had to mature at a very young age and seems to have taken it in stride. She is doing well for herself. Life isn't perfect, but she is doing the best that she can with what life has dealt her and she is going to do well in whatever she puts her mind to.

Jason is also quite likable. He has come to this small Michigan town to get some experience in police work so that he can go back home to Detroit and work in the big leagues. It amazes me that he had been there for two years, but hadn't really crossed paths with Linden before. That part of his story seemed a little fuzzy to me. Otherwise, he is passionate about his work and about hockey. He is also mature for his age, which is somewhere in his early 20s. He has a big heart and a great sense of humor.

The best romances always seem to happen when the couple starts off on the wrong foot. Jason and Indie start out clashing, yet cannot deny a mutual attraction to each other. They play off of each other well, having great conversations and ribbing the hell out of each other. It's that kind of a foundation that usually serves well for a successful romance.

They don't hide too much from each other. And though conflict does arise, they do figure out a way to make it work out.

I also love their families. They reminded me of my own and I got all nostalgic.

Sophia Henry does a great job delving into her characters' personalities. Chapters alternate from Indie and Jason's points-of-view, but you truly hear the voice of each character as they narrate their side. Again, they are so mature for their ages, I kept forgetting how young they actually were. In fact, I was in doubt during the first half in the book until Indie clarified a few things to Jason.

What I loved the most about this story is that the characters really take the time to get to know each other and to develop a relationship before jumping into bed together or proclaiming their undying love for each other. I have felt that lately the trend in romance is quick hits where the couple meets and is married within a couple of months. Yes, that happens on occasion, but it doesn't feel realistic a lot of the time. This romance just felt real. Their situations with their families felt real. And a real book means more to me than a flightful fantasy.

I admit that when I started reading this book, I had already forgotten that it was the third one in the series. While you can tell that there are other stories that have happened before this one, as they are alluded to throughout the novel, you do not need to have read those first two to appreciate the story of Jason and Linden. You get enough of the background information to understand the other characters, but it isn't imperative. That being said, I do need to get my hands on those other two books, because this one made me WANT to read about the other characters' stories.

I do read fast, but this is one that I was able to complete in one evening after dinner. It left me feeling warm and fuzzy, which is a great feeling after reading a book. Well done. 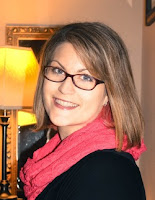 
Sophia Henry, a proud Detroit native, fell in love with reading, writing, and hockey all before she became a teenager. She did not, however, fall in love with snow. So after graduating with an English degree from Central Michigan University, she moved to North Carolina, where she spends her time writing books featuring hockey-playing heroes, chasing her two high-energy sons, watching her beloved Detroit Red Wings, and rocking out at concerts with her husband.