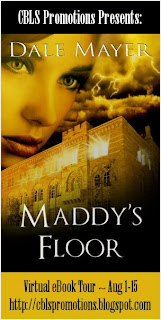 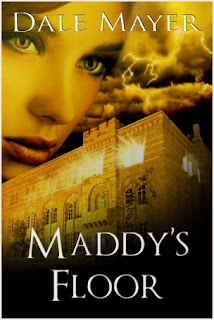 The terminally ill fight to get into her ward. Once there, many miraculously...live. So when her patients start dropping and she senses an evil force causing their deaths, she calls on her friend and mentor, Stefan, for help. Together, they delve beyond the physical plane into the metaphysical... Only to find terror.

She wants to save everyone, but are some souls not meant to be saved?

Detective Drew McNeil has two family members in need of Maddy's healing care, but his visits to her facility leave him wondering - who cares for Maddy? Bizarre events on her floor raise his professional curiosity. And the more time he spends with Maddy, the more personal everything becomes. When the deaths on Maddy's Floor intersect with one of his cold cases, he realizes an old killer has returned - and Maddy's standing in his path.

How can these people stop something that no one else can see, feel or even believe?


Jansen Svaar's room came next. With the renovations, Jansen's bed had been shifted. He was not quite in the new area, but not as cozy as he'd been before.

Jansen hadn't minded. The big Swede had enjoyed every one of his seventy-eight years and wasn't ready to jump off yet. Big and robust in his prime, his physical body had withered to one battling diabetes that defied control, and cancer that defied remission. Yet, he was still here and looking so much better than when he arrived. Even his thick head of hair had returned with rich brown color. His last tests had come back with very positive indicators. So much so, Jansen wanted to stop his treatments. According to him, he was all better. If it were possible to heal by his word alone, then he'd see it done.

Maddy grinned as she recalled the many conversations they'd shared in the past.

At the entrance to his doorway, she stopped to survey his bed.

Purple energy hovered over Jansen; a thick blanket of colored haze covered his midsection. Frowning, Maddy studied the odd essence. Energy had a signature – like DNA, the energy was unique to each person. It just wasn't as easy to identify.

She'd worked with him long enough to know it wasn't his aura.

Who or what did the energy represent? Her gaze swept the rest of the room before striding forward. The activity over Jansen did not shy away; it increased. She narrowed her gaze. The eerie silence of the room magnified the unearthly scene before her.

It wasn't what she'd experienced the night before, racing through the hallway into chaos. She expected noises of some kind. Not this hushed silence, as if sound would shatter the intensity of whatever was going on. She frowned. A struggle of some kind was going on.

She shook her head, panic stirring inside. Could energy fight with itself? With someone else's energy? Is that what happened to Eric? She studied the energy again. This time she saw it. The blanket of malevolence was moving over the bed and occupant, spreading and growing every minute.

Underneath, Jansen was suffocating.

His energy, tiny and thin, struggled to remain separate and distinct from the purple amoeba-like entity sucking the life force from him.

Fear shot through her. This couldn't happen again. Maddy raced to the bedside. "Stop," she cried out hoarsely, not wanting to disturb the other patients. "Leave him alone."

The purple energy quivered in place but did not dissipate.

Maddy wafted her hands over Jansen's body. Her fingers slipped into and through the mist,  neither feeling it nor dispersing it. She fed her own energy into Jansen's heart chakra, giving him her strength and will to hold on. At the same time, she closed her eyes and surrounded herself and, by the extension of her hand on his, Jansen's body with white light. The old answer to keeping oneself safe and balanced.

She opened her eyes to find the energy still wiggling in place, the purple haze malicious in appearance. Then slowly, like fog blowing in the wind, the haze thinned before sending tendrils into the darkness.

"Yes, it's me, Jansen." Maddy studied his face. "How do you feel?" He appeared fine, normal but surprised.

"Christ, I don't know. I had the most horrible dream." He coughed slightly and shifted position in the bed, tugging at his covers as if chilled.

"Oh?" Maddy kept her voice calm and soothing. "What was it about?"

"Like someone was pulling my soul from my body, one inch at a time." Fear filled the old man's eyes. His thin hands grasped hers nervously. "I don't know what the hell it was, but I felt on a precipice between life and death. It was like meeting Peter at the pearly gates himself, and him not being too happy to see me."

"Shhh." Maddy stroked his hands, noting with clinical detachment that his liver spots had begun to fade. "It was just a dream. Not to worry. It's over. I'm here, and you're safe. Go back to sleep."

Relief washed over his face. "Thanks, Doc. Don't know what I'd do without you."

Shifting sideways, Jansen closed his eyes and fell back to sleep.

Maddy walked to the doorway, turned around and glanced back.

No sign of the purple grim reaper. Jansen was safe.

She shuddered. What the hell was happening at The Haven?


Dale Mayer created a book that combined romance, suspense and paranormal elements so well that it should appeal to readers of all of these genres. (Debra)

Dale Mayer did an outstanding job with this book. I have really enjoyed the whole series and highly recommend it to everyone. The characters were well developed and the story was fantastic. I plan to read other books she's written and can't wait for the next book in this series. (Bizzybee)

I have only become interested in paranormal and psychic fiction in the last couple of years and this author ranks at the top of the list when it comes to combining this genre with mystery and romance. All three books in this series were so riveting I could hardly put the kindle down until I'd read all the way through (which meant some very late nights but it was worth it). (Raven)

I couldn`t put my kindle down! This series was number 1 in psychic thrillers. I couldn`t read it fast enough but didn`t want it to end! Can`t wait for the next book. (Lala6)

Maddy's Floor is the third book in a psychic phenomenon trilogy and although I enjoyed the first two, I thought this last book was the best of the three. Dale's characters are well defined and the story has just the right amount of suspense, romance and action. I liked that Maddy was comfortable with her talent as a medical intuitive and that the character who wound his way through the three books played a larger role in this one. (Janet Fedor) 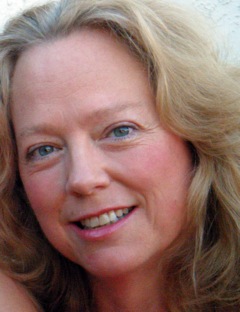 Dale Mayer is a prolific multi-published writer. She's best known for Tuesday's Child, her romantic suspense novel that was one of the final four in the Seek, Kensington Brava/Romantic Times contest this last year. Besides her romantic suspense/thrillers, Dale also writes paranormal romance and crossover young
adult books in several different genres. To go with her fiction, she also writes nonfiction in many different fields with books available on resume writing, companion gardening and the US mortgage system. She has recently published her Career Essentials Series . All her books are available in print format as well.

To find out more about Dale and her books, visit her at http://www.dalemayer.com. Or connect with her online with Twitter at www.twitter.com/dalemayer and on Facebook at www.facebook.com/dalemayer.author.