These are the amazing books we're celebrating:


He moved. It was a flash in the moonlight, a blur of motion like I'd never witnessed before. No human had the capacity to move like that. When I found myself face-to-face with him there in the meadow, I knew without a doubt that the journal was authentic. I knew that my grandfather hadn't been crazy at all.


Because a foot away from me stood a vampire.


What do you do when you find out the people you trust have been hiding a terrible secret? When Sarah Wood's father passes away and hands over to her the responsibility of running the family's inn, she finds put things are far more complicated than she first imagined. She's not just responsible for running the inn. She's become the Vampire's Warden.


Sarah Wood, after witnessing a battle between several powerful vampires on her land, is left stunned and feeling immensely guilty for having given permission for her friend, Alex, to be turned into a vampire rather than allowing him to die from his injuries. And though she tried hard to keep her sister, Katie from knowing about the whole vampire situation at their family’s Inn in the wooded hills of southern Indiana, Katie became the victim of a kidnapping herself.


Sarah is left to face the return of her mother, who had abandoned the girls when they were children. She’ll need every ounce of her bad attitude and quick temper to deal with the new surprises coming her way, including an illness that could very well leave the entire responsibility of the Inn and the vampires to fall onto the shoulders of her younger sister.

In the third book of the Undead in Brown County series, Sarah Wood has to deal with the changes in her sister, Katie. She also gets to know someone new in her life who could end up being her salvation. And then there's Michael. He's desperate to keep Sarah safe from his enemies. How far will he go in order to protect her?


We will be giving away ebook and paperback copies of each of the books along with some amazing t-shirts! 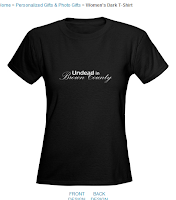 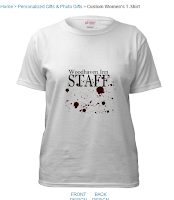 See you at the Facebook Event on August 24th from 1-4 PST! 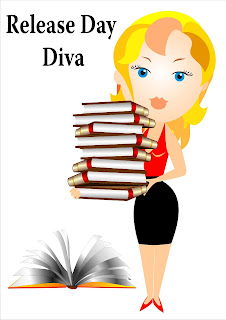 Posted by Andi at 12:00 AM
Labels: Release Day Diva, vampires