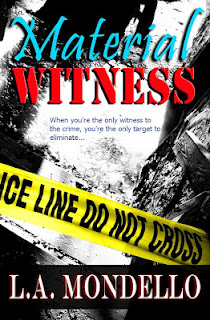 Bestselling crime novelist, Cassie Alvarez, aka Cassie Lang, had murder on her mind when she walked into Rory's Bar under dressed and under cover to research her latest crime novel. Researching the cool, blue-eyed and dashingly handsome man at the end of the bar stirred her senses more than she wanted to admit. But was this man of leather armor all he appeared to be?

Playing White Knight to an innocent wasn't how Detective Jake Santos planned to spend his time under cover. But there was no way "CJ" was what she claimed to be and that nagging tightness in Jake's chest told him he'd better take her home to safety and leave it at that. Then the barroom exploded with gunfire, leaving a trail of dead that includes a notorious Providence crime boss and an undercover FBI agent. When Cassie’s name is leaked to the media as the only witness to the grisly murders, Cassie insists she only trusts Jake to protect her.

The FBI wants their star witness happy and will do anything to make sure Cassie testifies. But it is clear to Jake that the shooter isn’t the only person who wants Cassie dead. Not knowing who to trust, he vows to protect Cassie at all cost despite the fact that guarding the beautiful novelist is a serious distraction.

My thoughts:
Material Witness is an easy-to-read thriller with a bit of romance thrown into it. I am usually skeptical of relationships that crop up so intensely in such a short time. But, Jake and Cassie were already drawn to each other before the mass shooting. Being almost killed several times undoubtedly drew them even closer together. They still follow a relatively normal path in their relationship, despite all of the abnormal circumstances in which they find themselves. Both of them have intense experiences in their past that have shaped who they are today and why they are each in their respective careers. The characters develop nicely as more and more of this past is revealed.

The mystery surrounding the shooting and other attempted murder is pretty reasonable. Just when you think you know who has been leaking information, little tidbits are tossed in to throw you off. A mob-inspired hit with some dirty cops and agents is plausible make the story feel real and not so contrived, like others can be. I like the dimension added by Cassie being a crime writer. It gives her a different insight into what is going on, as opposed to a witness blindly thrown into the situation. 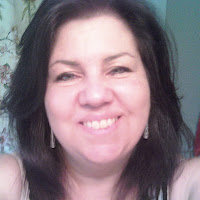 Lisa Mondello (a.k.a. LA Mondello) has held many jobs in her life but being a published author is the last job she'll ever have. She's not retiring! She blames the creation of the personal computer for her leap into writing novels. Otherwise, she'd still be penning stories with paper and pen.  Her first book, All I Want for Christmas is You, was the winner of the Golden Quill contest for Best First Book and to date has had over 350,000 downloads worldwide.

She is currently the author of 14 novels under the name Lisa Mondello and LA Mondello.
You can find more information about Lisa Mondello at http://www.lisamondello.blogspot.com  or chat on Twitter at @LisaMondello.
http://www.facebook.com/lisa.mondello.1

Posted by Andi at 8:00 AM
Labels: Bewitching Book Tours